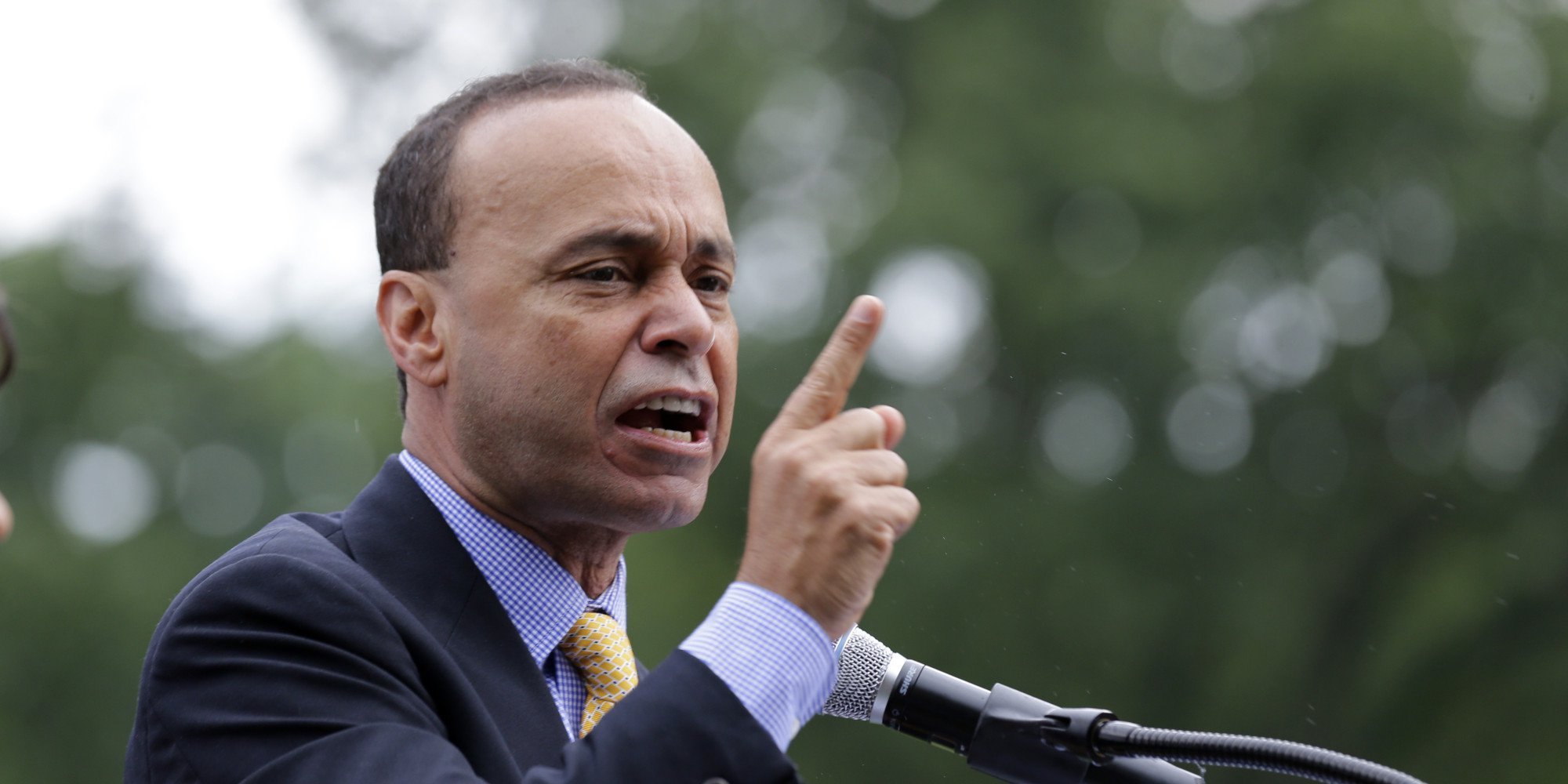 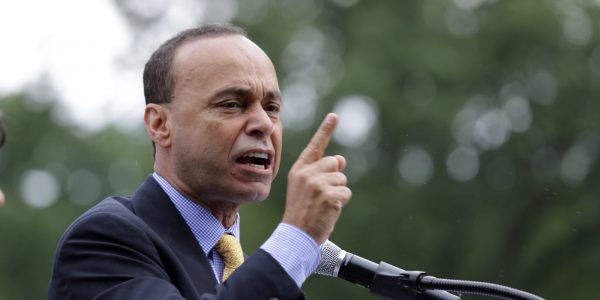 Hussein Obama declares these individuals are “dreamers” and officials echo Hussein’s words to drive home a false rhetoric. These individuals are targets for the Obama amnesty decree, aka Obamnesty, that would make them citizens eligible to vote. Even though a judge has issued orders to curtail Hussein’s activities related to amnesty, Hispanic activists have declared their intention to sign up one million illegal alien invaders for citizenship, have them register to vote, and then “punish” Donald Trump and the GOP by voting Democrat. Hussein touts these individuals as the “dreamers” that want to be American, are supportive of America and embrace the values of America.

According to Hispanic leader and elected illegal alien supporter official who refuses to represent his citizen constituents, Rep. Luis Gutierrez (D-IL), high schools students he speaks to are eager to defend the status of their friends, which is fine but high school students are too young to vote. Gutierrez contends that the illegal alien invaders are in the “same families as the legal permanent residents and US citizens.” So, it’s okay for their family members to violate the law and receive a “pass.” No doubt that thinking is part of the mentality from the nation they fled where members of government have one set of rule for them and their family and another for the peons. Wait, that sounds just like the united States under Bacha Bazi Barry.

These people come to this nation to partake of jobs and government handouts, caring not that all citizens are footing the bill. Their family members violate the law by sheltering and aiding a law-breaker, or more succinctly put – a criminal. It would appear these individuals care not for law in a nation where the citizenship oath requires naturalized citizens to declare to “support and defend the Constitution and laws of the united States of America against all enemies, foreign and domestic.” One cannot declare support of the law while breaking the law. It is a left over allegiance to the previous nation of origin, which prompts these “naturalized citizens” to break the law by housing their lawbreaking relatives.

If you are a naturalized citizen and are not engaging in this activity, what is about to be written does not include you. Our nation does not need immigrant citizens like this — those willing to break the law because of relatives — nor does it need immigrant citizens who mobilize to retaliate against those who engage in the “freedom of speech.” The individual God-given right to free speech includes speech that is unpopular, abrasive, truthful, biased, prejudicial, bigoted, racist, nationalistic, idealistic, isolationistic, and devoid of libel or slander. Yet, these people will gather en masse to vote against an entire political party because of the right of free speech protected under the First Amendment. Remember, all speech is protected, not just speech one likes.

“Dreamers” are being potentially set to vote Democrat, if they can obtain citizenship or show documents reserved for citizens to illegally vote, not because they favor Hillary or like Sanders’ policies but to ensure the GOP and Donald Trump lose. What an American value! It’s as bad as citizens voting for Obama because he’s black (he’s half white, half Arab) and Hillary because she’s a woman. These “dreamers” don’t like Trump’s statements about Mexicans or Republicans calling for deportation of illegal alien invaders so they will oust all Republicans. They indicate they are pro freedom of speech as long as it’s speech they like. If not, heed the warning, Republicans, these pseudo-citizens will vote against you.

Can you say “political blackmail?” Very good. I knew you could. But it’s more than political blackmail. It is an agenda supported and funded by George Soros through his Open Society Foundation. As Joshua Hoyt, executive director of the National Partnership for the New Americans said, “This is a huge amount of latent power.”

One would think these “groups” were plotting an insurrection of our constitutionally established government talking about “latent power” and “ousting Republicans” ushering in a one party system. The call for Hispanics to gain citizenship to “defend” criminals by rejecting Republicans calling for enforcement of immigration law is telling of the mindset of many individuals in this nation. They care not for the law or any established law. They want law that waffles in the breeze on a whim, similar to the nations they left.

A top immigration official in the Bush administration and executive director of the Latino Partnership for Conservative Principles, Alfonso Aguilar, stated it was an insult to declare Hispanics would vote Democrat to punish Republicans. “That is the most insulting comment,” Aguilar told the Times. “Not only to the Republican candidates, because it’s simply not true, but also to Latinos. It’s just cross pandering to Latinos to get their vote.”

Aguilar gets it, which pandering to a particular group of people is the trademark of shill charlatan politicians to push an agenda. Gutierrez refuses to represent all the constituents in Illinois that elected him, opting instead to stand up and represent “his people” which are the lawbreakers of Mexican, Hispanic, Latino origin here in the united States. Whether naturalized citizens of Mexican/Hispanic/Latino origin understand or not, illegal alien invaders jeopardize the united States as there are others besides those of Latino origin crossing into this nation, unvetted, unhindered and welcomed by this administration that intend on wreaking havoc upon its residents. All are criminals and many have violated more than immigration laws in this nation; they have violated laws in their nation of origin consisting of murder, rape, drug smuggling, assault and kidnapping.

By the lack of enforcement of their own immigration laws, Mexico allows individuals from other nations to travel unimpeded into the united States via the southern border, making Mexico complicit in ushering criminals into this nation. This would include Muslim jihadi terrorists, which can include any individual of any race or nationality — Mexicans, Latinos and Hispanics included. As many have discovered the hard way, family members they never suspected of being a Muslim jihadi terrorist have turned out to be a Muslim jihadi terrorist.

Gutierrez told the Times, “They know who’s on their side, right? Having a surname that is Latino does not make you an advocate for the interests and defender for the future and a more prosperous future for our community.”

Talk about a statement that is biased on nationality and creed — there it is. Gutierrez’s comments place him on the same sea afloat in a rowboat as Trump. He’s perfectly free to speak as he pleases. However, his Illinois constituents voted him in office to represent them in the House of Representatives, which he is not doing. Instead, he has appointed himself representative to the illegal alien and Mexican/Hispanic/Latino citizens of the nation. Every decision and move he makes he does so under his self-appointed role, instead of upholding his oath as representative of the district voters. As such, his constituents in Illinois should remove him from office this coming election cycle, which is 2016.