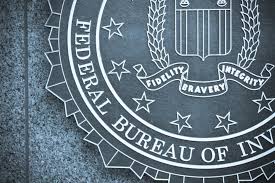 For months (maybe even years) liberals have been wringing their hands with concern about how Americans treat our Muslim neighbors. According to the generally agreed upon liberal narrative of American racism – today in America Muslims face very real threats from the non-Muslims they interact with.

Take, for example, Attorney General Loretta Lynch’s recent remarks on the subject.
“Since 9/11, we’ve had over 1,000 investigations into acts of anti-Muslim hatred, including rhetoric and bigoted actions, with over 45 prosecutions arising out of that. I think sadly that number’s going to continue.”

She continued by threatening law abiding Americans who might say something that isn’t politically correct.

“I think it’s important, however, that as we again talk about the importance of free speech, we make it clear that actions predicated on violent talk are not America. They are not who we are. They’re not what we do, and they will be prosecuted, so I want that message to be clear also.”

So the liberal narrative goes – Muslims in America are in danger from violent white people who think Islam is evil. Sadly, (for liberals) this story is just not true.

The FBI has just released their most up-to-date data, proving that American Muslims really have nothing to fear in day-to-day life. However, the data does seem to indicate that there is one group who should be looking over their shoulder…

A mere “16.1 percent [16.1%] were victims of anti-Islamic (Muslim) bias,” amounting to approximately 183.54 instances where Muslim individuals, businesses or institutions were targeted.

So in 2014 there were 1140 anti-religious hate crimes in the USA, the majority of them were AGAINST Jews. 183 were against Muslims… and 99 were against Christians! Does this seem to be the kind of problem that our President and Attorney General need to be wasting their time on? I don’t think so.

We Americans are an incredibly forgiving and gracious people. We understand that most Muslim-Americans don’t support terrorism and aren’t a threat to our immediate safety and welfare. There is no reason for Loretta Lynch and Barack Obama to lecture us about being nice to our Muslim neighbors. None.