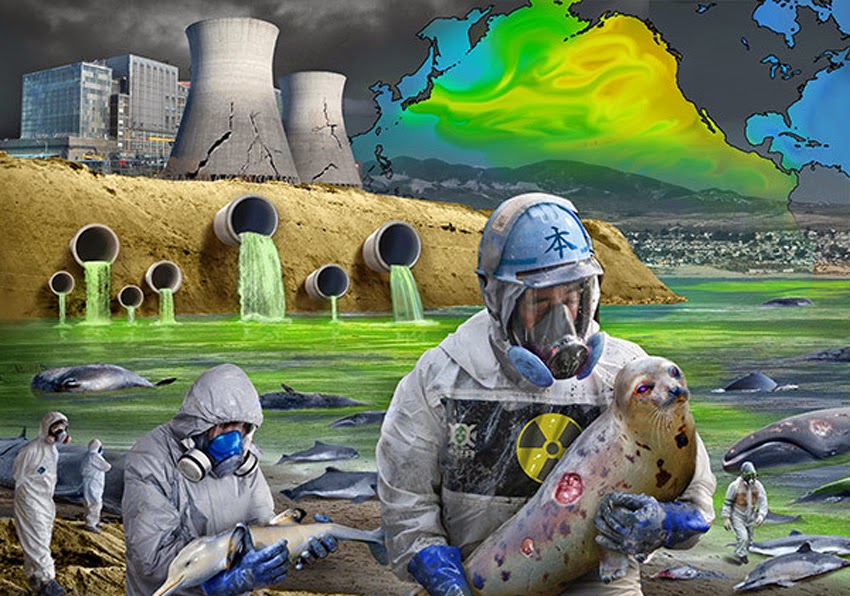 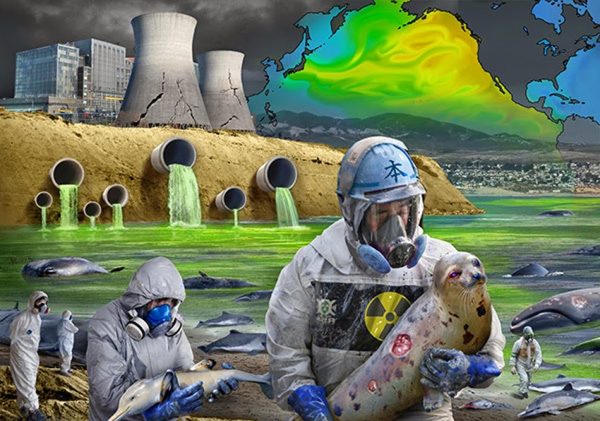 New research has found that radiation from the damaged Fukushima Daiichi nuclear power plant in Japan has reached more sites off North America’s west coast with the highest levels of radiation detected to date.

From the Woods Hole Oceanographic Institution:

Scientists monitoring the spread of radiation in the ocean from the Fukushima nuclear accident report finding an increased number of sites off the US West Coast showing signs of contamination from Fukushima. This includes the highest detected level to date from a sample collected about 1,600 miles west of San Francisco. The level of radioactive cesium isotopes in the sample, 11 Becquerel’s per cubic meter of seawater (about 264 gallons), is 50 percent higher than other samples collected along the West Coast so far, but is still more than 500 times lower than US government safety limits for drinking water, and well below limits of concern for direct exposure while swimming, boating, or other recreational activities.

Ken Buesseler, a marine radiochemist with the Woods Hole Oceanographic Institution (WHOI) and director of the WHOI Center for Marine and Environmental Radioactivity, was among the first to begin monitoring radiation in the Pacific, organizing a research expedition to the Northwest Pacific near Japan just three months after the accident that started in March 2011. Through a citizen science sampling effort, Our Radioactive Ocean, that he launched in 2014, as well as research funded by the National Science Foundation, Buesseler and his colleagues are using sophisticated sensors to look for minute levels of ocean-borne radioactivity from Fukushima. In 2015, they have added more than 110 new samples in the Pacific to the more than 135 previously collected and posted on the Our Radioactive Ocean web site.

“These new data are important for two reasons,” said lead researcher Ken Buesseler from the WHOI. “First, despite the fact that the levels of contamination off our shores remain well below government-established safety limits for human health or to marine life, the changing values underscore the need to more closely monitor contamination levels across the Pacific.”

“Second, these long-lived radioisotopes will serve as markers for years to come for scientists studying ocean currents and mixing in coastal and offshore waters,” he added.

Brusseler plans to present his latest findings on the spread of Fukushima radiation at the American Geophysical Union conference in San Francisco on Monday.

Although Brusseler makes the point that radiation levels are far below government safety limits, it is interesting to note that shortly after the 2011 meltdown of the Fukushima nuclear plant governments around the world, including the United States, raised the level of permissible radiation exposure to humans. Read here and here.

In October, scientists admitted that Fukushima Daiichi Power Plant No. 2 nuclear reactor fuel is missing from the core containment vessel. This has led some to believe a meltdown could be underway or that potentially a full-blown meltdown has already occurred in the reactor.

Star Fox is a U.S. based journalist who contributes to Eyesopenreport.com. His works have been published by recognizable alternative new sites like GlobalResearch.ca, ActivistPost.com and Intellihub.com. Follow @StarFoxReport