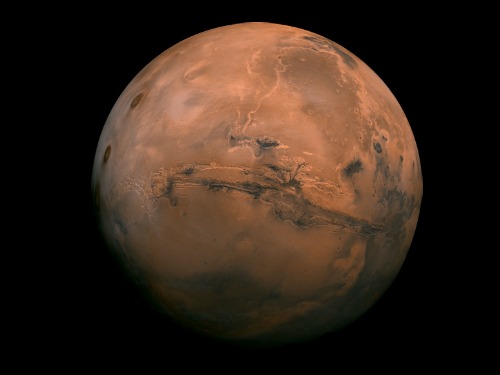 Forget underground bunkers. That’s not good enough. If Armageddon comes, it is now being posited the one percent plans to run away to Mars.

Newsweek put out an article this week claiming that the new commercial space projects by billionaires like Elon Musk and Jeff Bezos are actually about an escape hatch for the wealthy elite one percent who plan to escape to Mars and leave the rest of us “to suffer on a dying, warring planet.”

The space travel companies say they are creating a way for the human species to endure by populating other planets. But the bottom line is that only the wealthy will have the means to move to Mars. Musk’s target ticket price is $500,000 a person in 2015 dollars, and that’s just to get there. Imagine the new outfits you’ll have to buy to go with that space helmet.

While it is true only the truly wealthy will be able to afford space flight with companies like SpaceX and Blue Origin, what’s funny about it is people’s responses.

Most react they are just happy to know the elite will be blasting off to another planet.

In response to the story, Matt on the Crisis Forums wrote:

I’m not so sure the world “sucks”; it just so happens to be in the hands of a tiny group of people who are doing their best to make it suck for us. I think with a few minor changes the world could actually be a really awesome place for everyone.

If the 1% all go to Mars the rest of us might be able to create a better world here.

It’s a sad statement on society to note that people’s immediate reaction to the first commercial space flight available ever wasn’t to be bummed they can’t afford to go to Mars; it was to be excited about the fact that the wealthy elite might leave Earth en masse and go somewhere so far away, it takes roughly seven months to get there.

“Haha!  We screwed up the Earth for the rest of you, so have fun cleaning up the mess!”

*They fly to Mars*

“Hey, which cargo hold has the menial workers?”

“Well, where are the people who are going to build our luxurious space palaces, grow our food and give us manicures?”

“I think….  I think we have to do all of that by ourselves.”

Nah, they’ll probably promise a few “lucky” poor people free passage to Mars via a “work program” that will turn into literal slavery once they get there. Good luck escaping Mars.