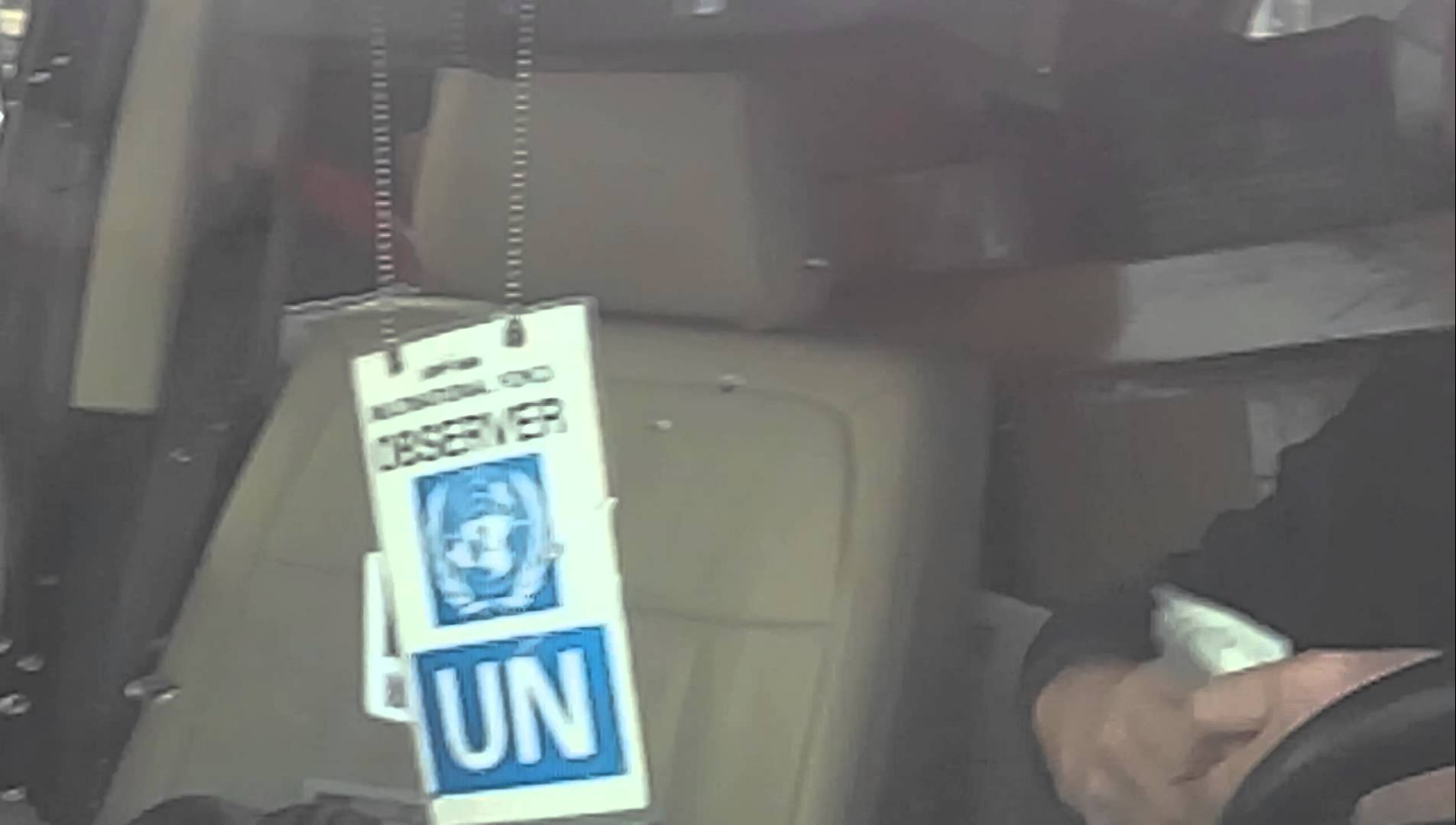 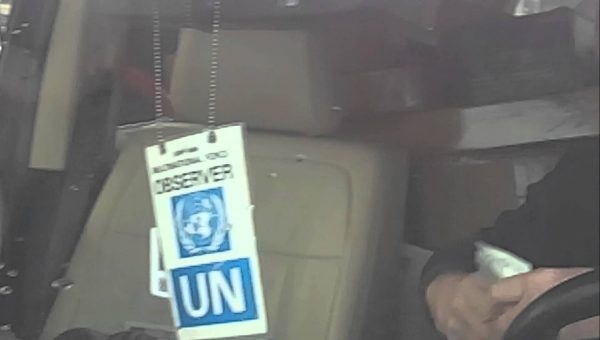 (INTELLIHUB) — A strange video is making waves in alternative media circles after it revealed that at least one United Nations Multinational Force Observer is currently operating on U.S. soil.

The fifteen second video clip shows a UN employee inside his vehicle after getting gas in northeastern Pennsylvania. The concerned citizen who filmed the exchange attempts to ask the man what type of work would require him to be in the country, to no avail.

So what is exactly is a UN Multinational Force Observer and why would they be operating inside the U.S.?

Originally commissioned to supervise the implementation of the security provisions of the Egyptian-Israeli Treaty of Peace, the observers have been activated across the world to essentially make sure terms of a ceasefire or treaty are followed.

What makes this sighting so interesting besides the fact that it was within the United States is the fact that the man was filmed with his UN indication clearly in the open as if he was there in an official capacity.

Even more interesting and shocking, noted in detail by YouTuber Professor Doom, is the possible connection between this sighting and recent UN job postings for America in which the United Nations sought US-based disarmament, demobilization and reintegration specialists.

As Mac Slavo wrote in June 2014, “A recent job posting at the United Nations website suggests that the organization is not only working to get guns out of the hands of American citizens, they are actively preparing personnel to assist in what they call “disarmament, demobilization and reintegration” activities.”

“And if that’s not bad enough, the duty station for this key U.N. Peacekeeping Operations department is New York city, suggesting that the organization believes such operations may be commencing in the United States at some point in the future.”

Professor Doom also brought up the possible connection between this sighting and another recent United Nations vehicle that was spotted driving on a U.S. highway with a brown paper bag partially covering up the UN logo on the side of the truck.

To recap, as the United Nations openly pushes for the complete disarmament of the American people, more and more suspicious UN activities are being reported across the country, with some even believing that they indicate a near future martial law event.

Be sure to let us know in the comment section below. Here at Intellihub we are now making a concerted effort to not only read all our comments but respond to them as well as feature our favorites in a special section below the article.