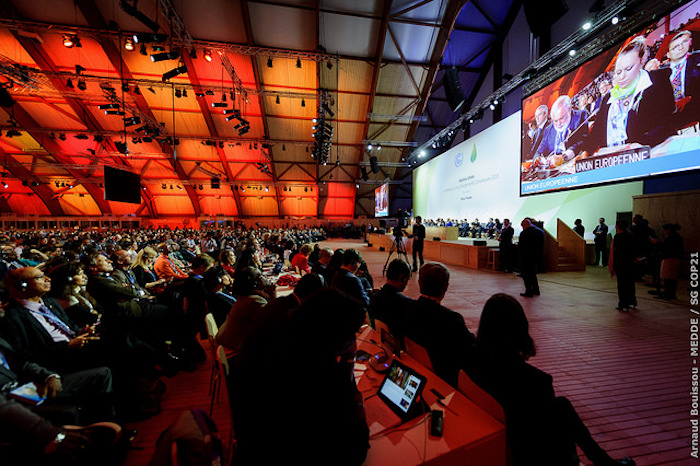 PARIS, France (INTELLIHUB) — Carbon reduction plans will be put in place by all 196 participating countries who reached an agreement during COP21.

Additionally $100 billion in loan guarantees to smaller nations will be made available in the latest multi-pronged global scam that continues to perpetuate the use of nuclear power worldwide.

“In Paris, American Nuclear Society President Gene Grecheck said that “policymakers need to not be afraid to say they support nuclear technology at conferences such as COP21” because every serious look at the energy technologies required to mitigate climate change has concluded that large amounts of nuclear energy must be part of the mix,” Forbes reported.

Do you see what the powers-that-be are doing here? They are essentially forcing smaller nations to go nuclear and larger ones to upgrade their current nuclear facilities. These tyrannical masterminds behind the curtain are operating in a mafia-esque manner and are using a union-like blueprint to salt unwitty nations.

Below is the full text of the 2016 agreement.