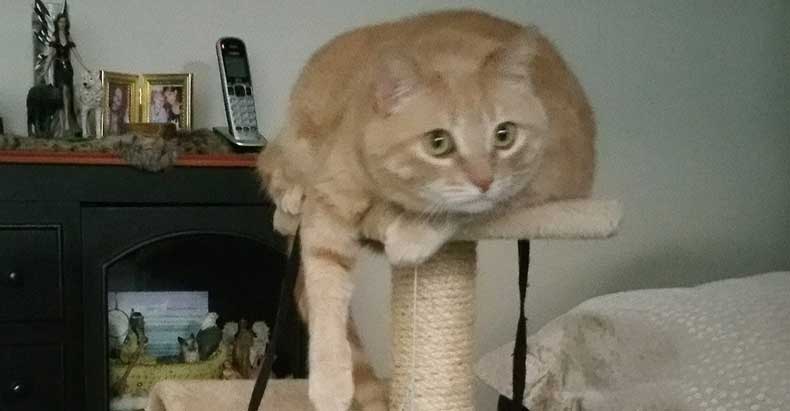 In a new and cowardly low, a Pennsylvania cop blew a cat away with a shotgun because it hissed at him. 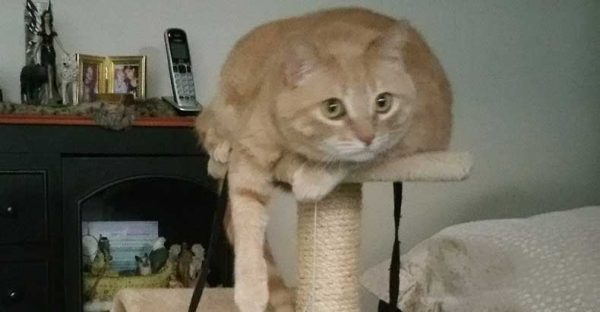 North Catasauqua, PA — Six years ago, when Tom Newhart and his wife rescued a baby cat and named him Sugar, they never imagined that his life would end in a hail of gunfire. However, thanks to a North Catasauqua police officer, that’s exactly what happened.

Last Sunday, Sugar escaped from the Newhart’s home. Hours later, he’d be gunned down by police.

“It’s like one of your children, you raised them, bottle fed them,” said Newhart as he began tearing up.

When Sugar escaped, a neighbor five houses down found him and decided to call the police after not being able to detain the lost cat. When the cop showed up, he pulled out a shotgun and it was open season on lost cats.

When the officer showed up, he told Lienert that it’s “not politically correct, but if it’s injured we will put it down,” — as if being ‘politically correct’ has anything to do with killing an innocent animal.

The officer then walked into Lienert’s backyard, blew the cat away, and then told Lienert that he’d have to clean up the mess. Lienert said aside from poking at the dead cat’s body, the officer never attempted to catch the cat.

Lienert said the cat did hiss at the officer, but instead of grabbing a pair of gloves and putting the cat in a cage, this public servant did some target practice.

After recovering Sugar’s body, the Newhart’s decided to have him x-rayed by the vet to see if the officer was justified in shooting him. However, they found that Sugar was fine, and the officer had no reason to kill him.

“No lacerations, no blood, other than neck wound on body. ” Newhart said.

Newhart said he called the Mayor and the chief of police, who told him that this is not policy and has never happened before.

“This guy doesn’t deserve the badge he wears, and should be fired immediately and held accountable,” said Newhart in a Facebook post.

In a statement, the borough said it’s in the process of gathering information and conducting a review and investigation of what took place. After this process is complete, the borough will be taking the necessary and appropriate steps, according to WFMZ.

Matt Agorist’s article is courtesy of The Free Thought Project.