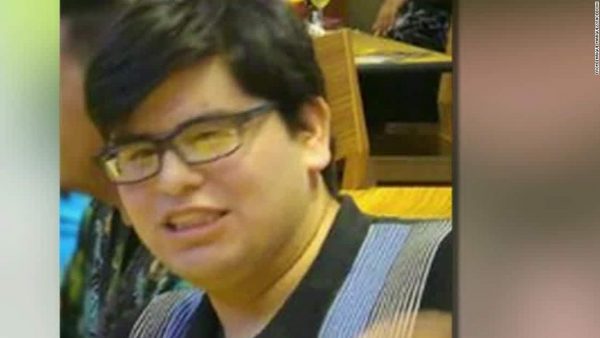 On the very same day as mainstream media outlets argued that the San Bernaradino shooting was probably workplace violence, a narrative also repeated by the Obama administration, we warned that there were likely more terrorists working in conjunction with Farook and Malik.

The Justice Department has now confirmed that the California shooter’s ex-neighbor has been arrested for conspiring to provide material support to terrorists. According to officials Enrique Marquez was a friend of Syed Farook and helped supply some or all of the firearms used in the San Bernardino massacre.

According to U.S. Attorney General Eileen Decker, Marquez and Farook planned a variety of vicious assaults including another mass shooting at a local college as well as attacking commuters in their vehicles while sitting in traffic on a California state highway:

Farook introduced Marquez to radical Islamist ideology, prosecutors said, and by 2011 Marquez was spending most of his time at Farook’s home listening to lectures and watching videos with extremist content.

At that point, the pair began planning gun and bomb attacks, the affidavit said, and Marquez told investigators their targets included the library or cafeteria at Riverside Community College, where they had both been students.

He and Farook also planned to attack State Route 91 with pipe bombs during afternoon rush hour, and then to shoot at law enforcement and emergency crews as they arrived on the scene, according to the affidavit.

Prosecutors said the pair bought guns, ammunition and tactical gear, and Marquez told investigators he agreed to purchase the weapons because “his appearance was Caucasian, while Farook looked Middle-Eastern.”

Of note is that both soft-targets mentioned by the U.S. Attorney General are essentially gun-free zones, a discussion which no doubt came up during the terrorists’ planning phase.

A highway attack has been described in terrifying detail in William Forstchen’s Day of Wrath, a thriller depicting simultaneous and coordinated Jihad operations across the United States. One can only imagine the devastation should hundreds of cars stuck on a highway bridge during rush hour come under attack by even a pair of Jihadis dead-set on killing indiscriminately.

Such an attack in California could have proven to be the deadliest mass shooting in American history, as drivers would have had nowhere to go and State law requires all firearms to be locked in an independent container (such as the trunk of the car or a safe) when being transported in a vehicle. Moreover, ammunition must be stored separately from the weapon. It is no doubt a perfect terrorist target because the 15 to 30 seconds it takes to go through the process of unlocking a firearm and then obtaining the ammunition to load it is plenty of time for a committed shooter with a semi-automatic rifle and high capacity magazines to kill a dozen or more people.

We must assume there are more Jihadi terror cells operating in America. In fact, according to Border Patrol officials terrorists have already been captured on the US-Mexico border, as well as eight Syrians who were picked up just before the San Bernardino attacks. It is believed that tens of thousands of individuals from middle eastern nations pour into the United States via the Mexican border on a yearly basis.

Americans must remain vigilant, prepare for worst case scenarios and understand that Islamic Jihadis are at war. Like Farook, Malik and Marquez, we can assume that individuals or cells are actively planning attacks on U.S. targets. Just last week law enforcement reported that there were suspicious purchases of bulk cell phones at six different Walmart locations in Missouri. There have also been reports of scores of stolen propane tanks in the area, and in the southern U.S. the Texas Rangers were recently dispatched to protect the border after armed gunmen stole nuclear material from a research lab in Mexico.

All the while the Obama administration continues to push a gun control agenda, while putting a wide security net over the personal communication and activities of the American people in an effort to convince us that we are being protected. The San Bernardino terrorists were not only admitted into the United States after having pledged support for Islamic terrorism proving what a joke Obama’s vetting process really is, but an investigation into their activities was halted due to concerns over racial and/or religious profiling. Moreover, despite all of the existing Federal and California State gun restrictions, they were somehow able to acquire firearms.

For the acute observer, this suggests that pretty much all of the trillions of dollar spent on Homeland security over the last 15 years have done almost nothing to make us any safer.