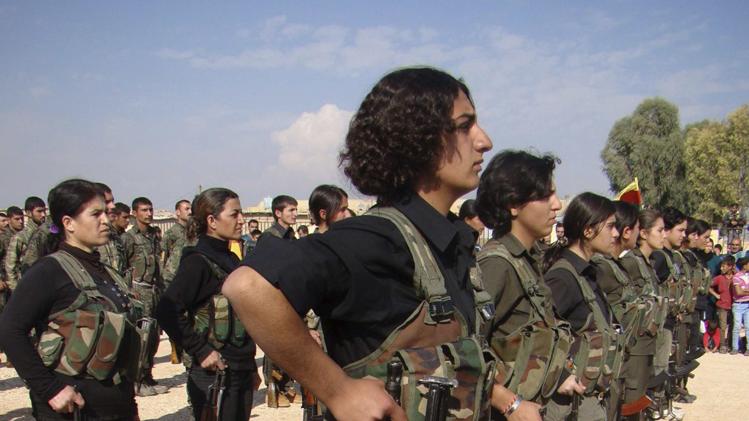 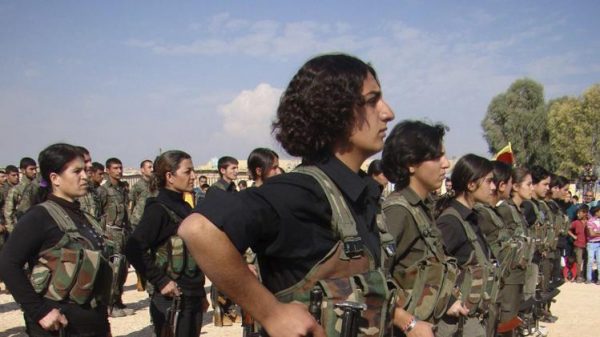 Fifty Christian women in Syria have taken up arms and are now fighting Islamic terrorists, according to one report:

Fifty Syriac Christian women have taken up arms and joined a female battalion that was formed to fight the Islamic State of Iraq and Syria (ISIS).

In Hasakeh, Syria, the fifty Christian women left their lives behind to join the Female Protection Forces of the Land Between the Two Rivers. The all-female battalion, which has a training camp in Al-Qahtaniyeh, graduated its first batch of female fighters in August, Breaking Israel News reports.

The fifty Christian women are all eager to join the fight against ISIS to help uphold their religious values and protect their children’s future. Since the ISIS began attacking, killing, and driving Syrian Christians away from their homeland, women and children who have fallen in the hands of the terror group have become victims of sex slavery, the report details.

Babylonia, 36, has left behind her kids and job as a hairdresser to join the female battalion. Her husband, who is also a fighter, is the one who encouraged her to become part of the group because he believes Syriac women are capable of doing more than housekeeping chores, according to an AFP report published by Times of Israel.

“I miss Limar and Gabriella and worry that they must be hungry, thirsty and cold,” the Times quotes Babylonia’s statement to the AFP. “But I try to tell them I’m fighting to protect their future.”

The all-female battalion has already fought with the Syrian Democratic Forces (SDF) to reclaim the town of Al-Hol from ISIS. The said town is strategically located on a main route between places held by the terror group in Syria and Iraq, the report explains.

Last summer, Yazidi women also took up arms to fight the ISIS after the latter kidnapped and killed thousands of their community members, the report adds.