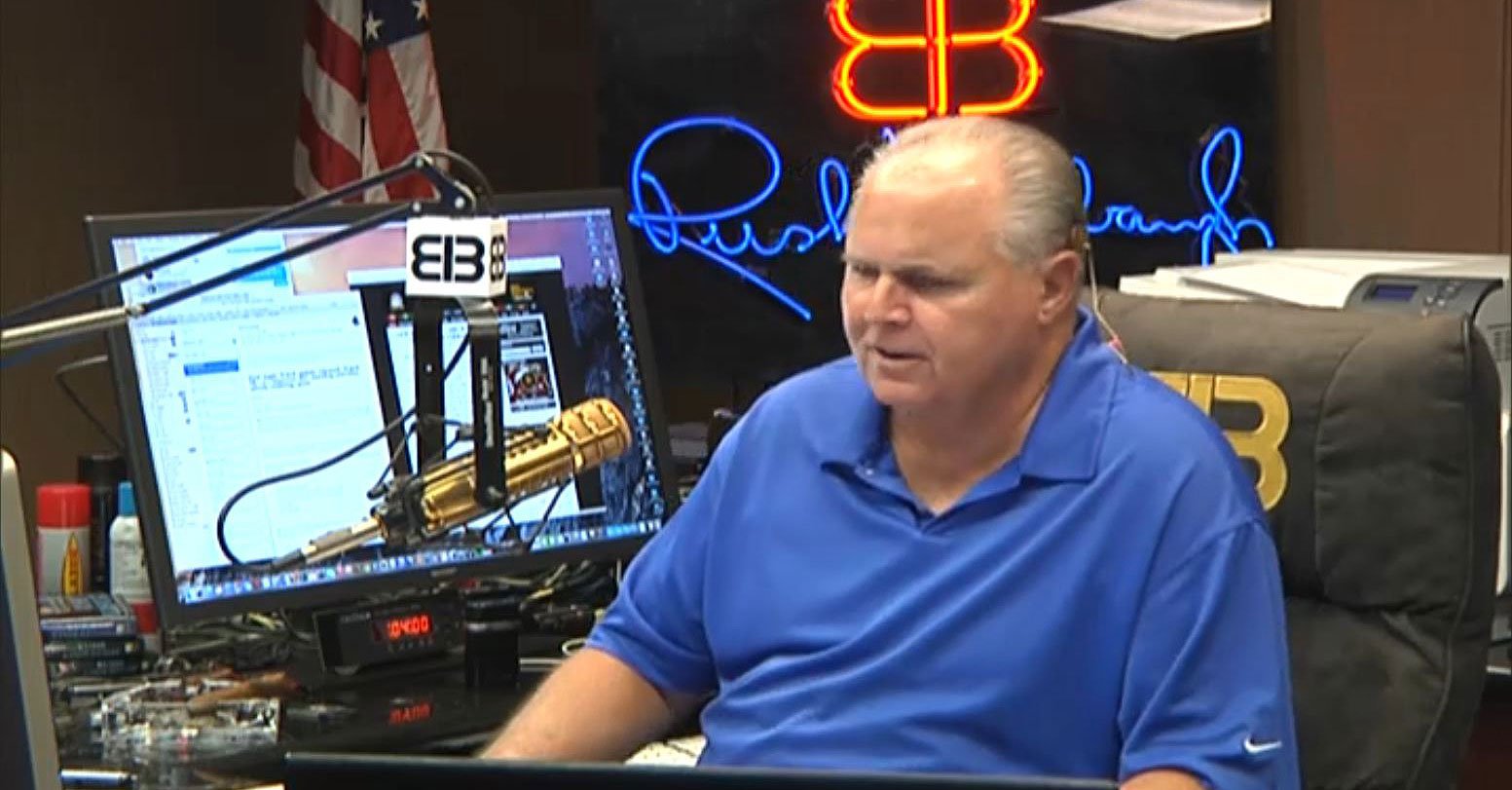 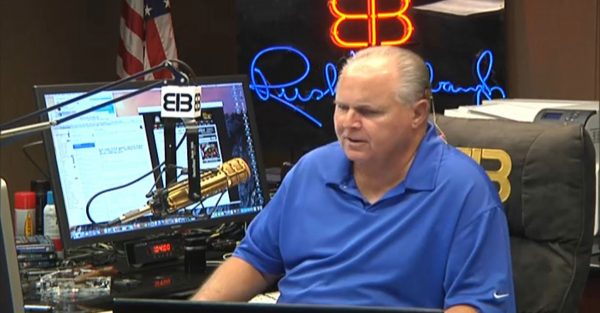 This latest sellout by Republicans in the House of Representatives has apparently been the straw that broke the camel’s back for America’s “harmless, loveable, little fur ball” Rush Limbaugh. On Thursday, the talk radio show host not only ripped into the Republican Party, but went so far as to say that it should be disbanded.

Limbaugh went through various things, such as I did, that the Omnibus bill funds, things that Republicans and “conservatives” claim they don’t support, yet supported, such as the funding of Planned Parenthood and climate change.

“And this is causing some people to wonder if they just dreamed all that stuff about Boehner resigning,” Limbaugh said. “And then other people are wondering if they even dreamed all that stuff about the Republicans winning the largest number of seats they’ve had in Congress since the Civil War. We had two midterm elections in 2010 and 2014, which were landslide victories for the Republican Party. The Democrat Party lost over a thousand seats nationwide in just those two elections. People went to the polls in droves wanting exactly what was rubber-stamped last night (or what will be) stopped.”

“And instead they showed up in record numbers and they it turned out and they just defeated Democrats down the ballot,” he added. “In the process, they elected Republicans to stop this. And now the Republicans have the largest number of seats in the House they’ve had in Congress since the Civil War. And it hasn’t made any difference at all. It is as though Nancy Pelosi is still running the House and Harry Reid is still running the Senate. ‘Betrayed’ is not even the word here. What has happened here is worse than betrayal. Betrayal is pretty bad, but it’s worse than that.”

The talk show host then went on to elaborate.

“This was out-and-out, in-our-face lying, from the campaigns to individual statements made about the philosophical approach Republicans had to all this spending,” Limbaugh said.

“There is no Republican Party!” Limbaugh said, as he was clearly frustrated. “You know, we don’t even need a Republican Party if they’re gonna do this. You know, just elect Democrats, disband the Republican Party, and let the Democrats run it, because that’s what’s happening anyway. And these same Republican leaders doing this can’t, for the life of them, figure out why Donald Trump has all the support that he has? They really can’t figure this out?”

Well, welcome aboard Rush. Honestly, over the years, I found Rush Limbaugh entertaining when I would listen to him, but let’s be honest, he’s a business man. If he wanted to run for the office of President, there would have been plenty of people who would have supported him. However, he would have to “take a pay cut” as he has often said to do it and he isn’t going to do that.

The reality is that Rush, like it or not, has been somewhat of a waterboy for the Republican Party. I even remember years ago in 2006 when George W. Bush was in office that Limbaugh said, “I’m tired of carrying the water for people who don’t deserve having their water carried.” He didn’t say what other accused him of, which was he was leaving the Party and such, but said he was tired of being a waterboy for people who didn’t deserve it. Yet, he continued to do it through the McCain/Palin and Romney/Ryan campaigns, neither of which actually advanced the things he speaks about as being Constitutional. Anyone remember his glowing praise of candidate Ryan? Hmmmm?

I hope maybe now he understands just what that kind of thinking gets us, though I confess, I still think he will continue to push the Republican Party.

This isn’t a smackdown of Rush, but it is an observation that though he saw plenty of tell-tale signs along the way from years ago, he continued to toe the Party line in one way or another.

I would love to see a change made that advanced the true foundation of the country, which is the Bible and start calling these tyrants what they are: Lawless, Godless tyrants, and yes, I mean that not only on the Democrat side of the aisle, I mean it on the Republican side too!

It is because we have abandoned our God and allowed these degenerates to remain in office that the country is on the brink of another civil war. God help us!