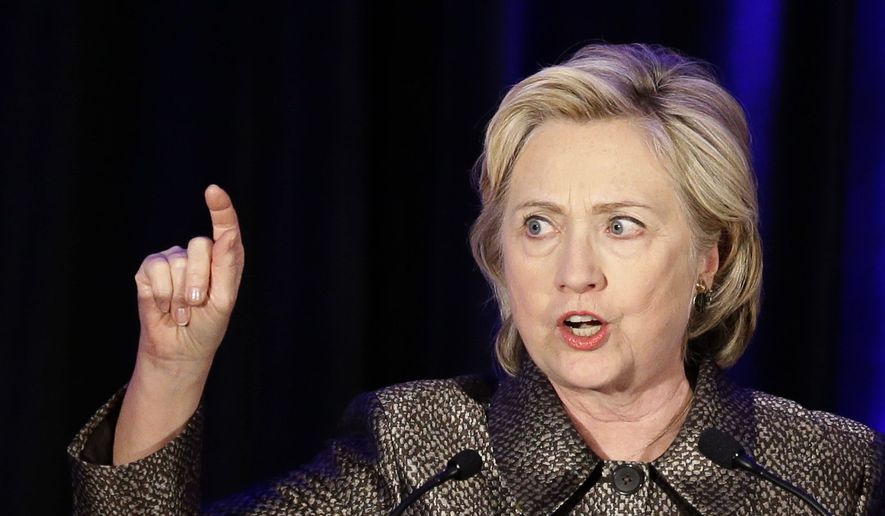 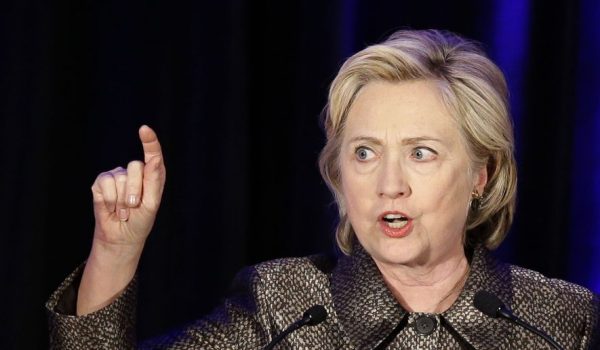 You know who they are. These are the individuals who parade out in thrown together garb; then, next thing you know, everyone is wearing it. It happens with hairstyles too — men and women. Anything that someone who is highly visible in the media, such as Holly Weird dimwits, begin to parade around in, with or on becomes a trend for emulation. Unfortunately, it works that way in politics as well.

With Obama’s ever increasing use of executive orders and fiats to change law or enact law to get what he wants, many called at each violation for the impeachment of Obama or else a precedent, read trend, would be established for future occupiers of the office to act like a dictator. The calls to impeach were ignored by Congress due to Boehner disagreeing with impeachment and Gowdy wondering if anyone had met Joe Biden. A complicit Congress has made it so that 2016 Democratic candidate for president, Hillary Clinton, stated she would use executive orders to do a work around Congress to force Republicans to respond to her agenda.

Obama has had such success with his “lawmaking” abilities through executive orders that Hillary Clinton is campaigning, promising and declaring to use the same to “execute her domestic policy agenda on issues such as gun control, ending corporate ‘inversion’ deals and immigration, where she promises to shield more people from deportation.” She has repeated this intention on three different occasions. Appearing on the NBC Today Show, Hitlery stated in regards to gun control, “I want to push hard to get more sensible restraints. I want to work with Congress, but I will look at ways as president,” to impose her agenda.

On corporate inversion deals, where US companies buy foreign companies then moves it headquarters abroad to avoid US taxes, Hitlery called for the need to use executive action, decree, to “get the job done” if Republicans on Capitol Hill would not. Granted, the issue of corporate inversion is a problem and it might appeal to many citizens to support Hitlery in her idea. However, it is a usurpation for her to do so.

Speaking at a campaign event in Waterloo, Iowa, she stated, “This is not only about fairness, this is about patriotism. If Congress won’t act, then I will ask the Treasury Department when I’m there to use its regulatory authority, if that’s what it takes.”

Here is a candidate for president, a Democrat, absolutely telling the entire nation, she intends to violate the Constitution of the united States of America to end run Congress on the corporate inversion deals and calling it “patriotism.”

Regarding immigration, Clinton declared her intent to go further than Obama to protect illegal alien invaders’ rights through executive action.

Speaking at a Democratic Fundraiser in Iowa, Hitlery said, “I am going to back and support what President Obama has done to protect [young immigrants] and their families, to use executive action to prevent deportation. And I have said that if we cannot get comprehensive immigration reform as we need, and as we should, with a real path to citizenship that will actually grow our economy — then I will go as far as I can, even beyond President Obama, to make sure law-abiding, decent, hard-working people in this country are not ripped away from their families.”

Republicans have huffed and puffed at Obama regarding his use of executive orders to make law and end run around Congress. The presidential memorandum, a form of executive order, has been used by Obama more times than any other president in history. As Obama navigates around Congress using the memorandum and executive orders, Republicans cry “foul” yet refuse to follow the law and impeach the man. Instead, Republicans filed lawsuits challenging a few of Obama’s orders, such as the recess appointments and the unilateral delay of the employer mandate of Obamacare. The Supreme Court found Obama’s recess appointments to the National Labor Relations Board unconstitutional. It didn’t matter. The House refuses to do their duty and file articles of impeachment.

Hitlery has taken notice. Now, she can campaign on a pledge to violate the Constitution, with impunity, as Republicans will not bring impeachment against Obama, and be the Democratic front-runner for the nomination. She has skirted any charges in the Benghazi attacks. Email-gate will go nowhere. Nothing will stop her; therefore, she proudly pledges to violate the Constitution, commit treason, and people applaud this woman.

It was predicted by many that Congress’s failure to hold Obama accountable by filing articles of impeachment would result in future presidents violating the Constitution in the same manner, which basically means a dictatorship. Just so happens, Hitlery is now campaigning on that platform — the use of executive “decree” to enact law without Congress — to act as a dictator. People are applauding in support of this intention. She is admitting she will violate the Constitution, break the law and the oath of office should she be elected.

Make no mistake; she’ll use dictatorial edict on more than the three issues she’s mentioned while campaigning.

In response, Congress will remain silent in complicity. They would not impeach Obama for whatever lame reason given to the public. More than likely, it was due to being blackmailed, coerced or threatened, while believing the media would slam-dunk them using the term “racist.” Should Hitlery win the presidency, Congress will follow the same pattern as with Obama. Only this time, the accusation would be “sexist.”

With what America has witnessed during the Hussein administration, it is obvious that Republicans have squarely placed themselves in bed with Democrats/Communists/Socialists. Nothing changed when Republicans were given a majority in the Senate to match the House. The same game was played with different players. Americans can expect the same thing in 2016 and forward from Congress as an emboldened Obama moves along with the agenda.

Unfortunately, many in America have become stupid, ignorant, lazy, and brainwashed due to indoctrination that they applaud someone declaring to violate the law. These people cannot be helped. And, voting Republican will change nothing. Again, the same game will be afoot with different players.

It’s time for Americans to begin to hate the game and the players. Politicians are playing a game that is about to finish the transformation of this nation from a constitutional republic to whatever they have decided. The players are set and the people being the pawns are moved about with little difficulty. Either American citizens support, uphold and defend the Constitution in its entirety, whether agreeing with all tenets or not, or be prepared to live under a government decreed to us. Remember, it is not the Constitution that is the problem. It is those in government, who are violating it, that are the problem.