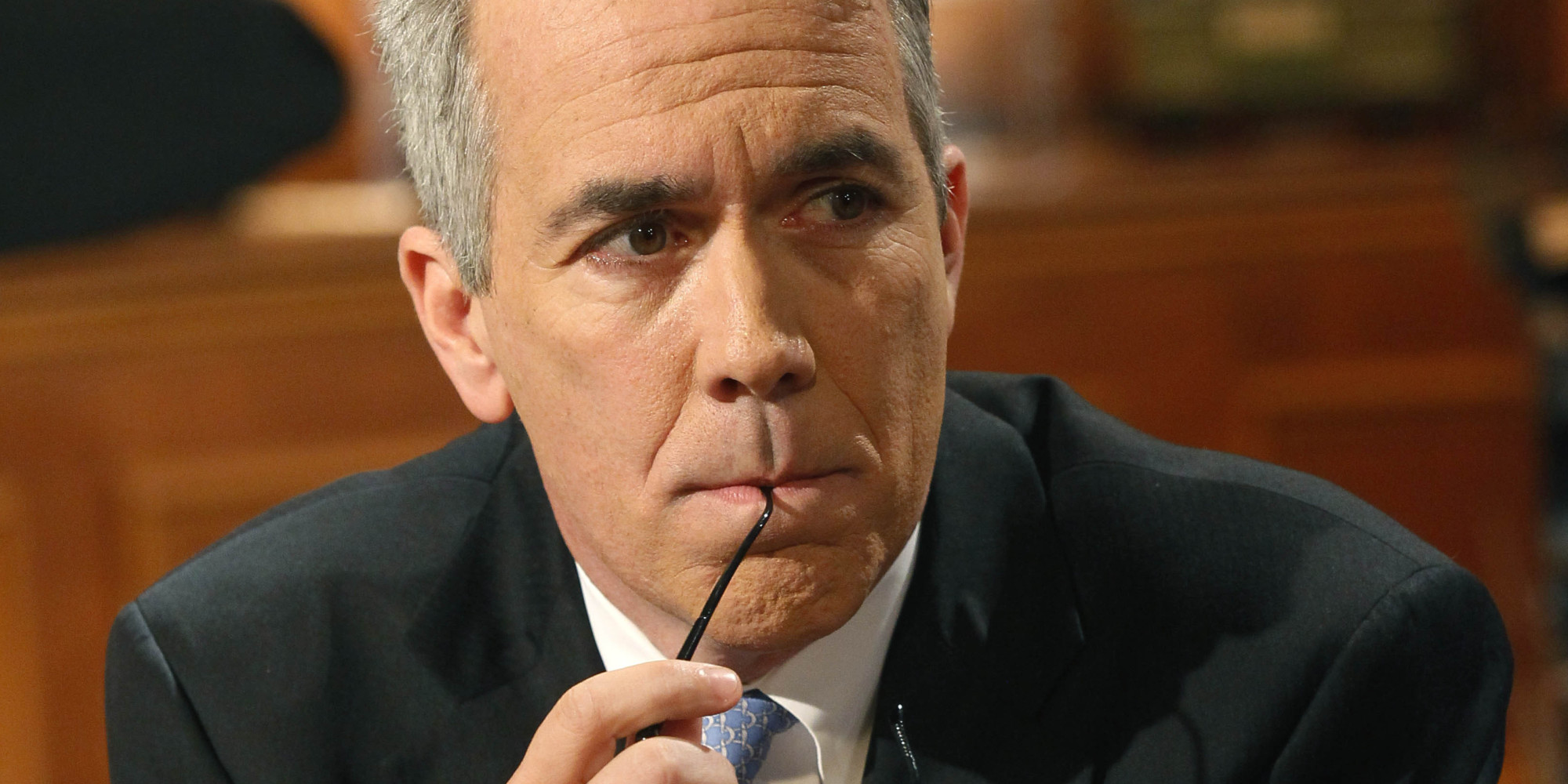 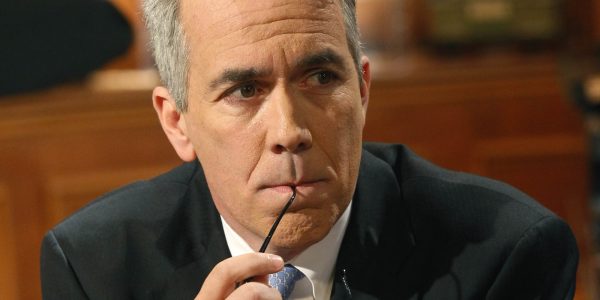 Revolution. Just the mention of the word can often conjure up images of violence, oppression and despotism. However, it was out of revolution that this nation was born. Speaking to The Blaze, Former Illinois Congressman Joe Walsh, whose video challenging Attorney General Loretta Lynch went viral, stated a revolution is coming; and, it’s coming in the Republican party. He indicated the possibility of violence could not be ruled out.

In an exclusive interview with The Blaze, Walsh stated, “I think that we’ve begun a third American Revolution.” Counting the War of Northern Aggression as the second, he continued, “I think people who recoil against both parties and believe in freedom are finally rising up. They’re angry — I mean, look at [Republican frontrunner Donald] Trump — and they want to do something about it. I think we’re at the beginning of this, and I think you’re going to see it play out in the Republican Party because there could be a split in the Republican Party.”

The first step for “revolutionaries” — those who are conservative, Tea Party supporters, and other grassroots activists — is to “clean out the Republican Party.” He indicated if that didn’t work, a new movement or political party could be right on the horizon.

The 53 year old Walsh stated it is difficult to say, “don’t be afraid of it,” because we won’t know what is going to happen. “Remember,” he claimed, “revolution is a scary term. It implies violence; it implies open rebellion. People shouldn’t be afraid because initially we’re going to use the political system in this revolt to try to fight back.”

Walsh is definitely on to something. Citizens who believe in, support , protect, uphold and defend the Constitution are tired of the same old status quo — big government, growing a bigger government, charlatan politicians who pander for votes then sidle up to big lobbyists and corporations, the lies and corruption that permeate both chambers of Congress, criminals and traitors holding office, and the destruction of American culture. Yet, when one mentions the “restoration of our nation” through the means given by the founders, our Second Amendment, some immediately jump to the idea it means overthrowing what we have, revolting against our republic and the violence that would incur. On the contrary, it may be what is needed in order to restore the nation to its constitutional principles.

Walsh, a conservative radio host, believes this revolution would not be violent at first, but looks at the American Revolution and the Civil War (his term) as indicators of possibility.

“It’s not going to get violent at first, but look, the two prior revolutions we had got violent — the American Revolution and the Civil war,” the one-term congressman continued. “Our founders believed that it may take violence to take back our country every now and then.”

Walsh, looking at the 2016 presidential contenders, indicated that some have utilized the same ideas as him, including Donald Trump, who mobilized, by accident, the anger built up in America. Claiming that no candidate has tapped into that anger more than him, Walsh indicated that Sen. Rand Paul (R-KY) was tinkering with “his idea of revolution;” however, Paul’s libertarian-leaning campaign is fading.

Honestly, these are the risks faced when the idea emerges to the forefront of removing by force the current charlatans in Washington and replacing them with new guards in our government. It is these risks the corrupt count on to instill fear, calling the action “insurrection,” and the added consequence of a traitor’s death to keep the people immobilized. However, it is the preamble of the Constitution of the united States of America that guides us to who and what is the government.

We the people, in order to form a more perfect union, establish justice, insure domestic tranquility, provide for the common defense, promote the general welfare, and secure the blessings of liberty to ourselves and our posterity, do ordain and establish this Constitution for the United States of America.

Hillary Clinton, three times now, has pledged during her campaign to use executive orders to make law if Congress cannot. One knows the condition of the nation when people applaud a candidate pledging to violate their oath of office and the law before being elected. She is putting forth a platform more specific than “hope and change” and “fundamentally transform America.” However, she is following the same path Obama carved out. If you don’t like Obama’s policies, you won’t like Hitlery’s.

Then, there is the Bernie Sanders (D-VT) campaign. Bernie, a self-declared communist/socialist, speaks as well of revolution while campaigning. Sanders, though, is calling for a revolution against our system of government – a constitutional republic – unlike Walsh. However, Walsh maintains the left doesn’t need a revolution since they appear to be winning.

“There will be no revolution on the left because they’re winning,” Walsh told The Blaze. “The revolution is coming from the people on the right — just average, hardworking Americans who are pissed off because government’s too big.”

Walsh spread his message of revolution to more than 200 college students in attendance at a winter conference for Turning Point USA, a conservative student organization with the tagline, “Big Government Sucks.” Walsh told the students sitting inside a conference room that they will be at the “front lines fighting this fight.”

Many college students in attendance voiced their agreement with Walsh, with one student saying Walsh focused for her that “partisan nonsense will not resonate with anyone my age.”

The tactics of the left have vaulted their anti-American sentiment to appear to be the mainstream majority opinion. Using the club of political correctness, the labels of “whatever phobia” and racism, along with all other -isms out there, the left silenced those who believe in limited government as outlined in the Constitution and conservative principles. Lamestream enemedia outlets “turned left,” disregarded their principles, and sold out the public by being the propaganda arm of the Obama administration. Then, you have the different movements across the nation: Black Lives Matter, the sodomite agenda, and the “peaceful” Islam rhetoric. It baffles the mind that a minute percentage of individuals could control an entire nation through intimidation.

But, control they have. These wrong way Waldos spout about rights and freedoms while denying others the same. They bash everyone with rhetoric about being tolerant when they are the most intolerant group of individuals, ever. The left seeks to pin the sins of past generations upon the current generation while exonerating themselves of any wrong-doing, adopting the superior, arrogant attitude prevalent in secular humanism.

As of right now, there sits approximately 500 domestic enemies in both chambers of Congress, complimented by the entire staff at the White House, the residents of 1600 Pennsylvania Avenue, and every federal agency and department head. The judicial system has been stacked with “yes men” and those with conflicting interests, which adds more names to the list of domestic enemies, especially where the Supreme Court is concerned. Elections have resulted in one enemy traded for another, meaning it is what should be expected from both parties at this point. Walsh voices in general what many are specifically thinking — these people need to dragged out of their offices, new guards placed in government that will uphold the oath and let the trials begin.