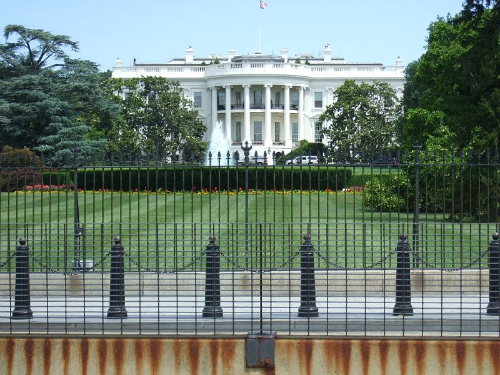 People who are still stuck in the left-right paradigm, are really good at recognizing the despotic tendencies of the president, so long as that president belongs to a different party. That is in part, how the executive branch became so powerful over the years. We the people were so focused on the constitutional trespasses committed by people we didn’t vote for, that we completely overlooked the transgressions of the individuals we did vote for.

We thought that the other side of the aisle had elected a tyrant to the executive branch. We thought that if only we could elect someone with our beliefs, all would be right in the world. In reality, it wasn’t the people occupying this office who had gone off the deep end. It was always the office itself that had become an agent of tyranny. And truth be told, the voters aren’t the only ones responsible for this state of affairs. Congress has also let the presidency run roughshod over the Constitution.

Finally, there is somebody in the legislative branch who has recognized this fact. Senator Ben Sasse from Nebraska is probably the first person since Ron Paul left office, to call out Congress for being so weak, and letting the presidency take over the powers that were originally granted to the legislature. You won’t want to miss this speech he recently made. Point by point, he thoughtfully and eloquently breaks down the tyranny of the executive branch, and how Congress let it happen.