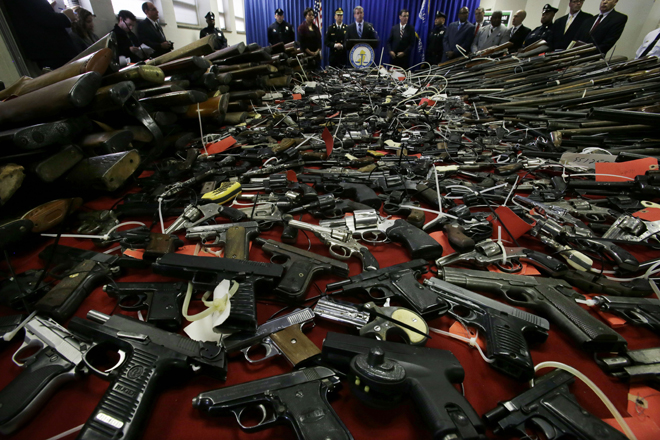 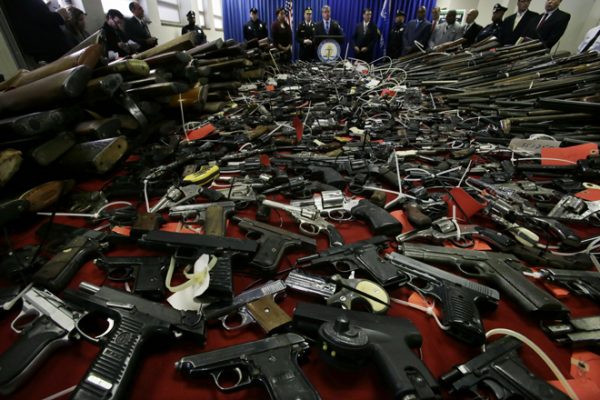 If the gun grabbers in DC were not desperate enough, now they are pushing a bill that requests $360 million of tax payer money in order to buy guns back from American citizens.

“Although no one piece of legislation will eliminate all gun violence, this bill will get guns off the streets and keep them out of the hands of people who wish to cause harm,” Payne said. “If we can get one gun off the street, if we can save one life, then we have to take action.”

Now, stop and think about what this guy just said if you will. First, he’s right not one piece, or ten thousand pieces of words will eliminate gun violence. We know what eliminates gun violence and that is government stops restricting gun ownership. In fact, mandatory gun ownership in Kennesaw, Georgia virtually eliminated all gun violence, except in gun free zones.

Second, Payne said that this bill will “get guns off the streets and keep them out of the hands of people who wish to cause harm.” How exactly does that work? Won’t the people who are expected to turn their guns in be law abiding citizens? Surely Payne is not advocating that criminals turn in their guns, is he? Second, are these law abiding citizens actually seeking to do anyone harm? Probably not, but then Payne seems unable to distinguish fact from fantasy in his ridiculous and unconstitutional bill.

The Hill points out that Payne’s unconstitutional legislation is similar to one offered earlier in 2015 by Rep. Rosa DeLauro (D-CT) and co-sponsored by Muslim stealth jihadi Keith Ellison (D-MN).

Both pieces of legislation are virtually certain to go nowhere in the Republican-controlled Congress.

As part of Payne’s $360 million gun buyback initiative, the Justice Department would pay gun owners a premium of 25 percent more than the market value of their firearms.

Gun owners could turn over their firearms to state and local governments as well as certain gun dealers.

In return, the gun owners would receive a debit card they could use to purchase anything other than more guns and ammunition.

The main question that needs to be asked here is, where in the enumerated power of Congress are they allowed to spend money in such an unconstitutional endeavor? There is no such provision.

According to the bill, the Justice Department would take the guns and destroy them, but keep parts for recycling. Right! This the same Justice Department that knowingly and willfully watched as thousands of guns were purchased in the united States and trafficked across the border into Mexico to drug cartels in order to attack the Second Amendment and to take down rival cartels of Mexico’s Sinaloa Cartel. These are the same drug cartels that violently assassinated Mayor of Ticquicheo Maria Santos Gorrostieta in 2012. Operation Fast & Furious has resulted in hundreds of deaths, including two federal agents, hundreds of Mexicans, a Mexican beauty queen, a dead police officer and many, many more.

Does anyone trust the Justice Department to actually bring forth any justice? Does anyone trust a corrupt Congress that just gave Barack Hussein Obama Soetoro Sobarkah everything he wants and enslaved us and our children in debt for it?

This treasonous action by Rep. Payne, and yes it is treasonous as he is seeking to disarm us before our enemies, along with the co-sponsors of this bill need to be dealt with justly by the American people. Here’s a list of his co-sponsors:

You can contact each of these violators of the Constitution by clicking here. Let’s not remain silent in the face of the enemy!