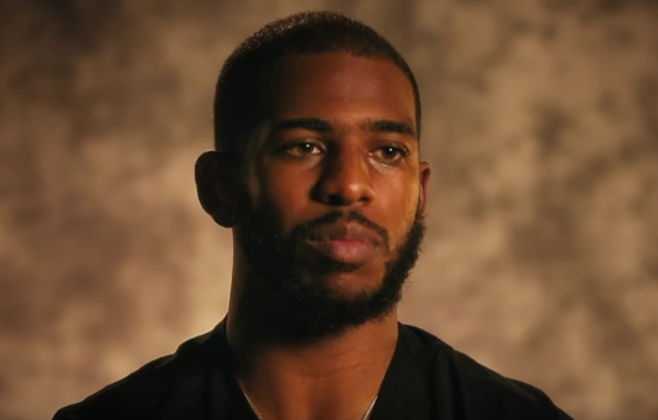 (INTELLIHUB) — The National Basketball Association is teaming up with billionaire Michael Bloomberg’s Everytown for Gun Safety for an advertising campaign aimed at confusing and brainwashing the American people into accepting eventual total disarmament.

In a move backed by Disney owned ABC and ESPN, the NBA is putting the weight of its brand and the prestige of its star players into further demonizing the right to bear arms, complete with a 30 second T.V. commercial which aired during highly watched marquee Christmas Day games.

But not to worry! According to the NBA’s chief spokesman, teaming up with the largest, most well-funded anti-gun organization in the country isn’t a “political move” but rather an effort to educate viewers on issues of public safety in their communities.

In true Orwellian fashion, Mike Bass, the N.B.A.’s chief spokesman, told the New York Times that, “The public service announcement airing during our Christmas Day games highlights victims’ and a few of our players’ experiences with gun violence and is solely intended to raise awareness about the issue of personal safety in our communities.”

Apparently Mr. Bass and the NBA are hoping that the American people are going to somehow stomach the claim that teaming up with an organization that has openly pushed for mass gun confiscation is not a political position when in reality the commercial sends viewers to the groups website which openly pushes extreme anti 2nd Amendment measures and misleading statistics.

Interestingly, the idea to use star NBA players to convince the American people to turn against the 2nd Amendment came from famed liberal director Spike Lee who is a member of Everytown’s creative council.

According to the NYT report, Lee took the idea to ESPN’s President John Skipper where it was happily received. While many have already noted an obvious change in programming towards a more social justice warrior narrative on ESPN, the fact that the president of the largest sports channel in America had no problem teaming up with an openly liberal anti-gun group just goes to show how deep the brainwashing of the American people actually runs.

“Over breakfast at the Loews Regency Hotel in Manhattan in November, not long before the movie was released this month, Mr. Lee proposed the idea for the ads to John Skipper, the president of ESPN, who then took it to Adam Silver, the N.B.A.’s commissioner. Mr. Lee insisted on the participation of Everytown, with which he collaborated on a protest march down Broadway after his film’s New York premiere,” reported the Times.

Laughably, the millionaire establishment director used almost the exact same wording of previous gun grabbers during his interview with the Times, pushing the buzzword “common sense” while attacking the evils and power of the NRA with no hint of irony despite the fact that the group he is promoting is funded by a billionaire who has outspent the NRA at every level.

“But because of the N.R.A., politicians and the gun manufacturers, we’re dying under that tyranny,” Mr. Lee said.

It is important to note that despite the entire mainstream media having pushed gun control since the hour after Sandy Hook, the American people have continued to stand up for their right to bear arms. This key fact is one of the main reasons that Bloomberg funded groups are now taking a different tune in their push for gun control, with this NBA brainwashing scheme the most recent example.

“The commercials to be broadcast on Friday represent the evolution of Mr. Bloomberg’s strategy for changing the nation’s gun culture and the rules that govern it,” continued the Times.

“Having blasted the N.R.A. for years and used his personal fortune to try to punish lawmakers who ran afoul of his legislative goals (‘We’ve got to make them afraid of us,’ he once said), Mr. Bloomberg is emphasizing the experiences of victims of gun violence, developing partnerships with well-known figures and crafting a message that focuses on the noncontroversial goal of ending gun violence, rather than the divisive aim of gun control.”

So there you have it. Using literally the entire mainstream media and most of the establishment political class to push gun control is not working so Bloomberg is spending his billions elsewhere, using popular sports leagues like the NBA to focus on “noncontroversial” goals while still keeping the same endgame which is the complete destruction of the 2nd Amendment.

Well this is it.

Make no mistake. This is a calculated move funded by establishment billionaires with the sole purpose of further brainwashing the American people into accepting restrictions on the right of law-abiding citizens to purchase and own firearms.

An agenda that includes eventual mass confiscation and the complete end of the 2nd Amendment.

Alex Thomas is a reporter and opinion journalist who has worked in the alternative media for over three years. His work has been featured on numerous news outlets including Infowars and RT. Alex is an exclusive weapon of Intellihub. Established in 2013, Intellihub.com is ranked in the upper 1% traffic tier on the World Wide Web. Read more articles from Alex’s Side.