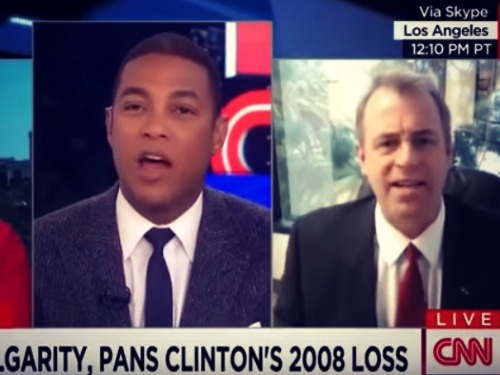 When conservative commentator Kurt Schlichter went on CNN recently, the conversation went from Trump’s comments about Hillary’s debate bathroom break (a talking point that is still in the national headlines for some stupid reason) to the fact that Hillary stood by Bill regardless of the fact that he has a trail of female victims behind him.

Schlichter obviously said a “no-no” against the soon-to-be Democratic nominee because as soon as he went off the script, he got cut off and the interview was abruptly ended.

CNN Anchor Don Lemon actually claimed bringing up Bill Clinton’s sexual abuse victims is “unfair” to Hillary and that it has nothing to do with her before he cut the interview off.