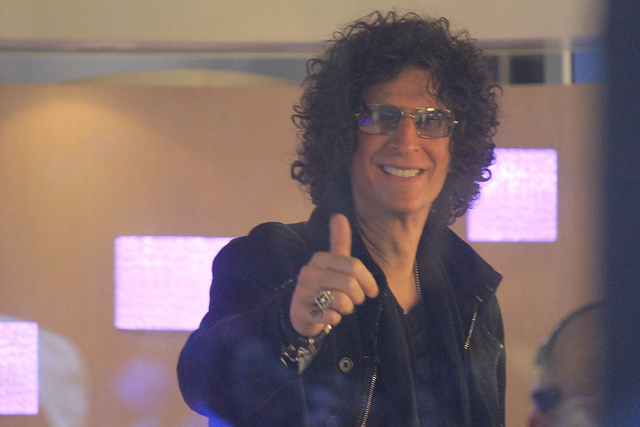 (INTELLIHUB) — You know, I have to say, Donald Trump is right–the media is dishonest. And not only are they dishonest, they are also serial liars. Especially when it comes to anything Trump, simply because Trump’s not their brand.

The media had a field day with Trump after he made the statement that he saw Muslims “cheering” the attack “as the World Trade Center came tumbling down.” In fact the media actually came out and claimed that no such event ever took place and essentially said Trump was outright lying. A headline in the Washington Post, published on Nov. 22, 2015, read, “Trump’s outrageous claim that ‘thousands’ of New Jersey Muslims celebrating the 9/11 attacks” as if what he said wasn’t true.

However I dug up an old clip of the Howard Stern Show which proves otherwise, vindicating the Trumpster once and for all.

“I can’t even fathom why someone in this country who enjoys the freedoms of this country would celebrate,” Howard Stern responded to a caller during his radio broadcast on Sept. 12, 2001, just a day after the horrific attacks on the World Trade Center and Pentagon took place.

Again, Howard, who was in denial and trying to make the best of the situation at the time, said, “I just so don’t want to believe that, but thank you for calling.”

The phone lines seemed loaded with concerned citizens and eyewitnesses as Dell’Abate continued to queue up the callers, the next of which was “Joe in Michigan”.

“Joe–who is rioting,” Howard asked during the intensely fast-paced broadcast.

“The Arabics,” Joe responded. Joe then put his friend Billy on the phone who reported:

“One of our friend’s mom was leaving work and the cops had all of the streets blocked off and everybody stopped and I guess they are rioting in the east side of Dearborn.”

A caller by the name of Henry Black then popped on the broadcast and said:

“Yo, the Arabs are over here in Patterson on Crooks Ave. celebrating after what happened yesterday.”

Seconds later a female caller confirmed the previous caller’s statements, pointing out that her husband, who worked for Verizon in Patterson, said that he saw Arabs “rioting” as well.

Robin Quivers, Howard’s  co-host, came on the mic and said:

“Oh hey look at this I just saw a story that said he three men who were seen celebrating the Twin Towers explosions, uhh, they could be deported. […] They were arrested in New Jersey following a tip from witnesses who saw them jumping up and down and cheering at Liberty State Park after the attack. […] They are described as illegal immigrants from the middle-east.”

So there you have it. Donald Trump has been vindicated and was telling the truth the whole time. But here’s where it gets worse.

Despite all of the flack that 2016 GOP front-runner Donald Trump has received in recent days over his purposed, and rather needed, moratorium on Muslim travel into the U.S., Howard Stern was able to blatantly call for the deaths of Muslim Americans just one day after 9/11 and the media failed to report it.

Later in the same broadcast, Stern, who was fired up about the attacks, said:

“They were standing under the Statue of Liberty,” co-host Quivers added as her and Artie continued to spout ideas such as releasing the “mob” on them [the Muslims], or throwing them “out to sea”. And yet the media was silent. We heard nothing to the likes.

This is a perfect example of the dishonesty of the press that Trump has pointed out on so many occasions.