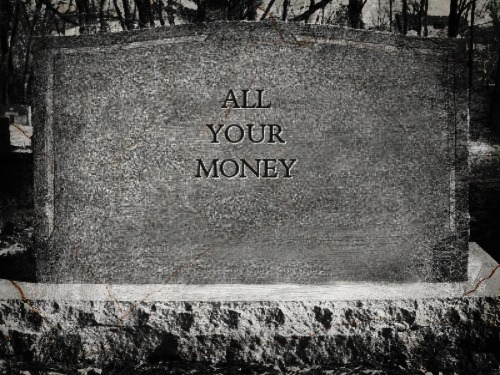 Americans don’t realize how much we get ripped off on practically everything in this country. That’s why people were rejoicing so hard when big pharma dbag Martin Shkreli was arrested. He bought up the patent for a drug that costs about $13.50 a pill (that people pay about a nickel for in, say, India) and started charging $750 bucks for it, a sum which people who take that drug were forced to pay or die, something he can legally do in this country.

But practically everything is an unnecessary rip off here. We are being forced onto Obamacare, or we have to pay something called the “individual shared responsibility payment,” a penalty fee that will rise to 2.5% of our annual income in 2016, even if we don’t ever go to the doctor so our shared responsibility should be… what?

We have to pay more for Organic food, or food that we can be assured hasn’t been genetically tampered with and grown soaked in multiple types of deadly, carcinogenic pesticides (pesticides being chemicals that kill things).

The average American wedding, the happy day to celebrate a couple coming together for what is supposed to be about love before their friends and family, runs an insane $30,000 on average here now. Maybe this is part of why marriage rates are continuing to drop.

Well, most people end up with a car loan, a student loan and a bunch of credit cards before they ever get to walk down the aisle, then of course there’s that hard-to-afford, diamond engagement ring (another giant scam) which guys end up spending an average of $4,000 on, too… Gee, no wonder people aren’t buying houses anymore.

Who can afford this ridiculously high-priced lifestyle being billed as “The American Dream”? More like The American SCAM.

Turns out, even in DEATH, Americans are getting ripped off, and the lies about this one go back to at least the days of Abraham Lincoln!

Yep, the average funeral costs about $10,000 in this country, and everything about it, from embalming being “necessary” to have an open casket (lie) to the price of the casket itself (one of the most expensive pieces of furniture most people will buy their entire lives), is misleading to cash in on the last chance to cash in (and at a time when the family is particularly vulnerable and will not know any better and pretty much signs a blank check without too much consideration for the fine print).

Adam Ruins Everything has pointed out how big of a scam American funerals are, right down to the fact that a megacorporation has bought up a majority of the local mom and pop funeral shops but maintained the family business name on the front door, so people never know their loved one is being buried by said megacorporation whose treasurer was quoted as saying, “We really are a cash cow.”

Makes sense. We get ripped off our entire lives, America. Why not get one last ridiculous pay day from our grieving families as we’re headed out the door?