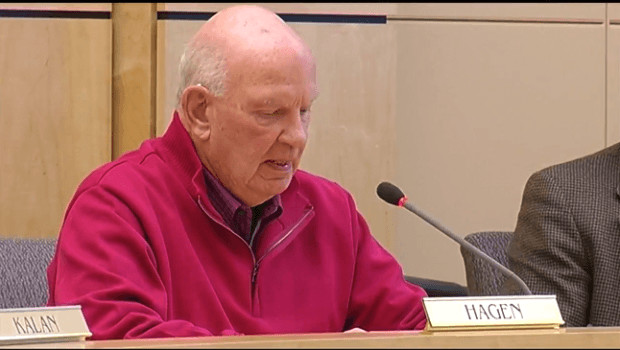 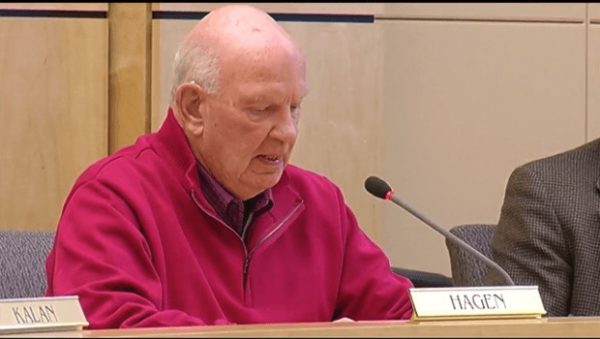 It seems that saying what appears to be obvious is no longer tolerated in the “tolerant” States of America these days. One mayor found that out the hard way after labeling Barack Hussein Obama Soetoro Soebarkah as Muslim.

Superior, Wisconsin Mayor Bruce Hagen made a comment on Facebook regarding a picture a friend of his posted of Michelle Obama, in which he wrote:

“She and her Muslim partner have destroyed the fabric of democracy that was so very hard fought for.”

The only problem I see with Mayor Hagen’s comment is his claim that we are a democracy and that was what was fought for. I would suggest he take a civics course to understand that we are a Constitutional Republic. And yes, there is a difference!

Other than that, I think the comment is spot on.

Consider the high cost of maintaining Michelle Obama as “First Lady.” Also, consider the fact that she and Barry are both racists to the core.

On top of that, everything that Obama has done while in office has always been slanted towards Muslims. In fact, I wrote an entire article documenting his treason against the united States concerning the Egyptian Muslim Brotherhood. He is one of them, according to Egyptian sources.

Obama surrounds himself with Muslims, and they are an infestation in his administration. He recently admitted he is a Muslim. Seriously, if there is any doubt, just listen to this little montage.

And let’s not forget that when he wrote this little tidbit on page 261 of The Audacity of Hope:

In the wake of 9/11, my meetings with Arab and Pakistani Americans, for example, have a more urgent quality, for the stories of detentions and FBI questioning and hard stares from neighbors have shaken their sense of security and belonging. They have been reminded that the history of immigration in this country has a dark underbelly; they need specific reassurances that their citizenship really means something, that America has learned the right lessons from the Japanese internments during World War II, and that I will stand with them should the political winds shift in an ugly direction.

And stand with them, he has! From entertaining designated terror groups like Hamas-CAIR (Council on American-Islamic Relations) to encouraging young, budding future jihadis such as fraudulent Clockboy Ahmed Mohamed and having his own federal attorneys threaten those who speak the truth about Islam on social media with prosecution and imprisonment, while his Attorney General does the same thing!

Hagen believes that Obama is not a Christian, and he is right! Not only Obama’s actions demonstrate that he is not a Christian, but his theology is so anthropocentric that if fails even the basic understanding of sin, Christ, repentance, the Gospel and redemption.

Hagen does affirm that America was founded on Christian values, and he is correct, as outlined in the Mayflower Compact.

However, now, because of his comments, Superior City Councilor Graham Garfield says several city councilors want Mayor Bruce Hagen to retract a statement he made on Facebook or resign. If he fails to do so, Garfield says that he’ll seek a citywide recall vote.

North Lands News Center reports, “Carol Knoble, who oversees the international programs at the University of Wisconsin Superior, said on the phone she was shocked to hear that Superior’s Mayor made this comment.”

“Knoble said Hagen’s comments are potentially harmful to UWS students who come to the college from other countries and practice different faiths,” reads the report. “She added that the Mayor’s comment isolates the Muslim community.”

No those comments do not do that. They are not aimed towards any students anywhere. They don’t isolate anyone except two people: Barack and Michelle Obama. That’s it!

To think all of this brouhaha is over an eighteen word comment on Facebook, which many in America believe whether they want to actually admit it or not!

Hagen provided the following written statement after being called out and while some things he states are good, there is obviously some back peddling and the absolutely ridiculous claim, “President Obama is a good man.” Why are people afraid to stand and then remain standing?

The series of recent events regarding a Facebook statement by me have witnessed considerable feedback locally and beyond. That is because I momentarily overlooked that I am not simply U.S. citizen Bruce Hagen. I am also a citizen who has been elected to represent the people of Superior. Unfortunately both intertwined.

My choice of words in responding to, what I believe to be insulting to me, may not have been versed well or to the liking of some.

However, I like any other citizen or public official have the unalienable right to speak and represent my beliefs through the First Amendment.

To retreat from the very freedoms that are guaranteed in the Constitution and for which many millions of men and women have fought to ensure, would be wrong and the continued attack on free speech.

Yes, this nation is divided like never before. We all have our beliefs and mine is not one of being a racist. It sickens me to believe that people actually think that. Those that truly know me also know better.

My respect and support for the Office of The President is unwavering and always will be. I just very much disagree with how the current occupant of the highest office in the land is conducting the business of this nation.

We need to stand firm and tall as a nation and I along with so many millions of Americans do not see that happening and fear for the consequences. That is my personal and public belief. President Obama is a good man.

However, I believe that his actions have not strengthened the nation or our position in the world. So we need to agree to disagree as to the current leadership in our nation.

For those that are seeking my resignation from office, that is not going to happen.

The ballot box, in a free democratic society, is where the people exercise their preference of and for elected officials. However, and as clearly stated in many prior remarks, I will never seek any further elected office.

For those that wish to repair any damages, I am all about that and will participate directly and openly.

This is the final statement that will be made by me on this topic. I do not intend to debate or discuss it with the media other than what this statement provides.

Thank you for allowing me to make this statement.