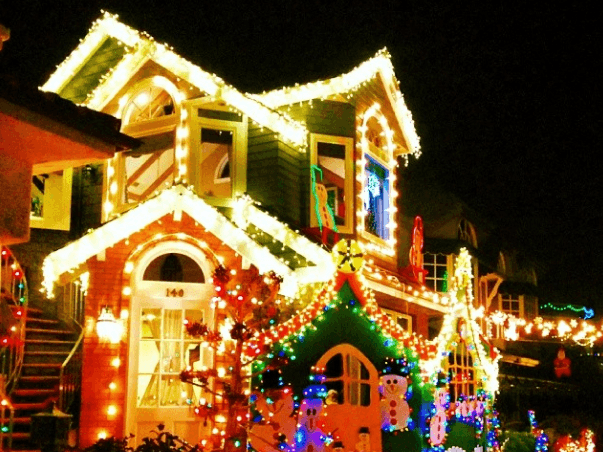 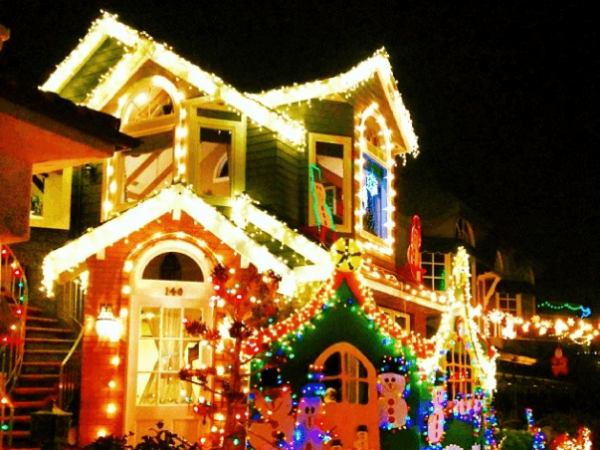 If, like many Americans, you decorated your home with Christmas lights and put lights on your Christmas tree, the idiots at the Huffington Post claim you are exceeding the total amount of energy just for these lights than the energy use of entire countries with poor economies. Citing the information contained here, the solution is pretty simple — turn off those lights. Scrooges and Grinches want to make sure you are feeling guilty about your decorations at Christmas.

The study, if you can call it that, done by Todd Moss and Priscilla Agyapong, pulled together data from a 2008 US Department of Energy Information Agency study and used census data from 2010 – 2011, to inform greedy wasteful Americans, that the energy used during Christmas to light decorations would run 14 million refrigerators and exceeded the national electrical consumption of countries such as El Salvador, Cambodia, Ethiopia, Tanzania, Nepal, etc.

The take away: if Americans would stop being greedy and wasteful, the population of lower economic nations in Africa could build more power plants and operate refrigerators.

We are supposed to adopt the stance that America and other wealthy nations are depriving these lesser economy nations of resources to advance. However, since when is America responsible for the economies of other nations when this nation always runs a trade deficit. How would using less energy here give more energy to these lesser economically developed countries? How would turning off Christmas lights result in mismanaged governments of African nations result in better management?

Does not the US provide these lesser nations with money to help support the people? Where is that money going? Why wasn’t the money used to build power plants? The money is going into the pockets of the greedy government officials in Africa who let their people starve, die and suffer to enrich themselves. How is that a problem for America? Because of these greedy, dictatorial bums, the United States turns around and sends food to help feed the needy. Not to mention, the money given to charities to provide services their own government should provide.

If these HuffPo shills are concerned about resource usage here in the United States, then maybe we should start with ceasing NASCAR races. Think about all that wasted fuel. Next, we can stop all football, hockey, basketball, and baseball games, especially at night. Wonder what that would save? It’s possible the movie industry could cut some corners, as well as Hussein Obama and his flamboyant excesses on the taxpayer dime. Turn off all the lights in Times Square, the Rockefeller Center, and Madison Square Gardens with cessation of all events. Once that is done, we can transfer all our saved energy to these foreign nations.

It’s ridiculousness at its best. America is not responsible for these nations’ economies, their greedy, entitled dictatorial leaders who mismanage the government to enrich themselves, or their lack of drive and ambition to change their nation using some capitalistic techniques. In fact, the United States should cease monetary support to foreign governments period, as it is outside the Constitution’s enumerated powers of the central body.

Maybe, we all need to turn off our brains for just a bit to store some intellect to transfer to some of the people at HuffPo. Oh, wait. If that could even be done, the recipients would complain it was not enough as they tried to figure out how to put a square peg in a round hole, declaring the entire time that it does fit, they’ve seen it fit, and it’s our fault no matter what.