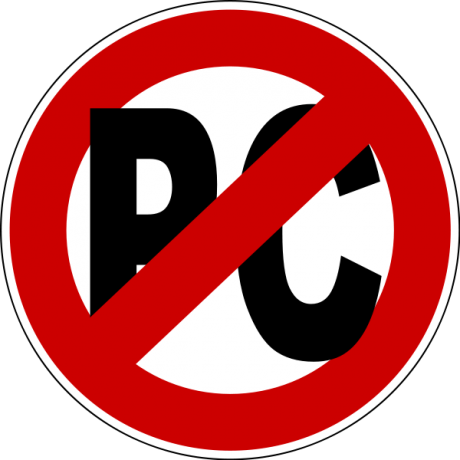 Political correctness is officially out of control in New York City. According to brand new rules that were just issued by the New York City Commission on Human Rights, you could potentially be fined $250,000 if you purposely offend someone that is transgender. This includes such offenses as calling a transgender woman “him” when she wants to be called “her”, or not allowing a transgender woman to use the women’s bathroom. These guidelines are particularly focused on the behavior of landlords, employers and businesses, but they will undoubtedly create a chilling effect on speech all throughout New York City.

Needless to say, these new regulations will result in a flood of litigation as transgender individuals exercise their new “rights”. According to the New York City Commission on Human Rights, employers must now use “an individual’s preferred name, pronoun and title” when referring to that person. And some of the pronouns that were given as examples by the Commission were only recently introduced to the English language and many people don’t even know how to pronounce them. The following comes directly from the new “guidelines”…

The NYCHRL requires employers and covered entities to use an individual’s preferred name, pronoun and title (e.g., Ms./Mrs.) regardless of the individual’s sex assigned at birth, anatomy, gender, medical history, appearance, or the sex indicated on the individual’s identification. Most individuals and many transgender people use female or male pronouns and titles.

Some transgender and gender non-conforming people prefer to use pronouns other than he/him/his or she/her/hers, such as they/them/theirs or ze/hir.

All facilities in New York City will now also be required to allow transgender individuals to use whatever bathrooms and locker rooms they prefer. Here is more from the new “guidelines”…

The NYCHRL requires that individuals be permitted to use single-sex facilities, such as bathrooms or locker rooms, and participate in single-sex programs, consistent with their gender, regardless of their sex assigned at birth, anatomy, medical history, appearance, or the sex indicated on their identification. The law does not require entities to make existing bathrooms all-gender or construct additional restrooms. Covered entities that have single-occupancy restrooms should make clear that they can be used by people of all genders.

So what would stop some sick pervert from pretending to be transgender just so that he can go into the women’s locker room at the gym?

You would think that New York City would have far bigger priorities to deal with than this. Right now, almost 60,000 people are sleeping in homeless shelters in New York City every night, and the homeless crisis there has gotten so bad that it is being called an “epidemic”.

This is just another example of our society’s growing obsession with political correctness. And if you think that it is bad now, just wait until the next generation takes over.

Our colleges and universities have become political correctness indoctrination centers. One survey found that 62 percent of our colleges and universities have implemented “speech codes” that “severely departed from First Amendment standards”, and students are going to ridiculous extremes to try to insulate themselves from any language that could possibly be considered “racist”, “sexist” or threatening. Just check out the following excerpt from a recent article about political correctness at U.S. colleges that was published by the Telegraph…

The lexicon of college has changed: students now speak about “micro-aggressions”, “trigger warnings” and “safe spaces”.

The notion of the “safe space” first emerged to describe a place of refuge for people exposed to racial prejudice or sexism. But the phrase has changed meaning to the point where now it often implies protection from “exposure to ideas that make one uncomfortable”, according to Nadine Strossen, a prominent law professor and former head of the American Civil Liberties Union.

And all over America, colleges and universities are seemingly obsessed with getting our young people to use the right words. For example, just check out what is happening at the University of Michigan…

Dozens of posters plastered across the University of Michigan caution students not to say things that might hurt others’ feelings, part of a new “Inclusive Language Campaign” at the state’s flagship public university that cost $16,000 to implement.

Words declared unacceptable through the campaign include “crazy,” “insane,” “retarded,” “gay,” “tranny,” “gypped,” “illegal alien,” “fag,” “ghetto” and “raghead.” Phrases such as “I want to die” and “that test raped me” are also verboten.

Meanwhile, the quality of the education being served at these institutions has plummeted and millions of students are graduating each year without any real marketable skills. Most parents assume that their children are being prepared for “the real world” when they attend college, but in many cases that simply is not happening.

I attended public universities here in the United States for eight years, so I know what I am talking about. Instead of learning skills and abilities that apply to the marketplace of tomorrow, our young adults are being taught all sorts of gobbledygook. The following are some real courses that have been taught at U.S. colleges in recent years…

But these mindless courses are actually preferable to the courses which systematically pump radical leftist propaganda into the minds our our impressionable young people. Thanks in part to our system of education, each generation of Americans has steadily become more liberal. And at this point we are already so far gone as a society that it appears that there is not much hope left for us.

If you doubt this, just look at what is in the headlines. Once again this year, Barack Obama is “the most admired man” in America. He has now won that title eight times.

And Hillary Clinton was once again crowned “the most admired woman” in America. She has won that title 14 years in a row, and 20 times overall.

The American people love Obama and Clinton and the politically correct system that they represent. I wish I could be more optimistic about the future of our country, but at this point it is hard to see much hope.

Is there any hope that any of this could ever be turned around?