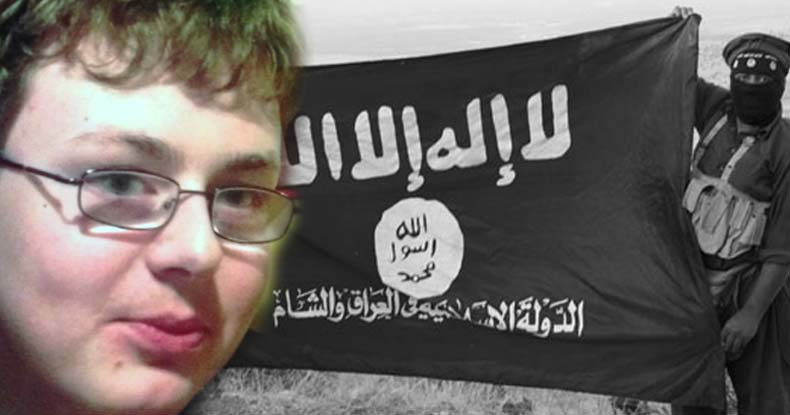 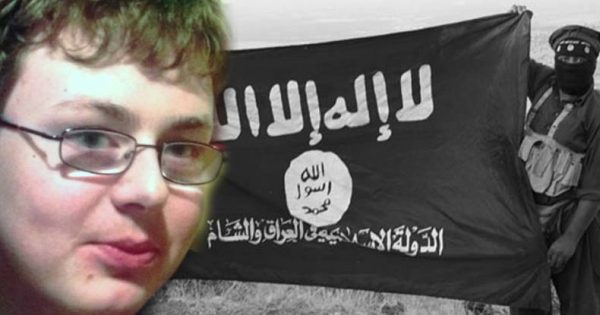 It isn’t clear what use ISIS or the Pakistani Taliban would have for an 18-year-old American student with an estimated IQ of 51, is marginally verbal, and has little ability to perform routine tasks like tying his shoelaces. Peyton Pruitt, described by family and school officials as a developmentally stunted child, displays little understanding of terrorism and has no skills a terrorist group would covet. However, he is able to participate in online chats, which made him an irresistible target for FBI agents trolling the Web in search of patsies to cast in Homeland Security Theater productions.

Although Pruitt is unable to use the bathroom without assistance, the FBI and the St. Clair, Alabama Sheriff’s Office are pretending that he was part of a plot to provide “material assistance to terrorism” on the basis of online conversations with FBI agents posing as recruiters for ISIS and the Taliban. He remains incarcerated in the St. Clair County Jail on $1 million bond.

Following an evidentiary hearing on December 22, Judge Alan Furr refused to reduce the bond and referred the case to a grand jury. In what might be an indication of the case, the FBI, rather than seeking charges under a federal statute, is assisting the effort to prosecute Pruitt under an Alabama state anti-terrorism statute.

Anthony Pruitt, Peyton’s father, told the judge that he had given his son a laptop computer for Christmas last year. The teenager had been part of a program for handicapped people at the E.H. Gentry Technical Center – a school for deaf and blind children — until last May, when his father withdrew him. It was during his time at Gentry that Peyton was lured into compromising Internet conversations with FBI agents. The father didn’t know anything about that activity until his son’s arrest in November.

If he had known that his son was being trolled by federal agents posing as terrorist recruiters, Anthony Pruitt testified, “I would have gone to the school, smashed his computer into a billion pieces and grounded him for life.” Owing to the legal expenses involved in trying to protect his son, Pruitt explained, he has “lost everything – my home, my land, my job.”

As a younger child, Peyton was diagnosed with “Mental Retardation, Intellectual Disability, Pervasive Developmental Disorder, and Attention Deficit Disorder.” Educators have described him as an invalid who cannot distinguish between reality and fantasy.

During the probable cause hearing, prosecutors argued that Pruit was reading bomb-making instructions in al Qaeda’s online magazine, Inspire, and communicating with people identified as overseas jihadis – by way of a messaging service called Wickr — about potential sites for an attack. Prosecutors insist that they were shown a considerable amount of information during a meeting with the regional FBI director, but that supposed evidence was not presented during the pre-trial hearing.

All you’ve got is Peyton’s statement [following his arrest], right? You couldn’t tell me if Peyton contacted Santa Claus or a terrorist, can you? Was it a bomb or a recipe for banana pudding? You don’t know, do you?

In cross-examining defense witness Helen Waldrop, an employee at the Gentry Center, St. Clair County District Attorney Richard Minor insinuated, without directly claiming, that Peyton “could quote the Koran” and had accessed an encrypted website. Assuming those statements to be true, neither would constitute actual evidence of a crime or criminal intent, and both could reflect efforts of FBI provocateurs to manipulate the suggestible young man into doing something that would fitthe familiar Homeland Security Theater narrative.

The FBI employs a large number of agents who specialize in talent-scouting marginalized and emotionally troubled young men and – using skills similar to other child predators – luring them into pre-scripted “terrorism plots.” In one such case, that of the “Newburgh Four” in New Jersey, the trial revealed the use of a Pakistani career criminal named Shahed Hussain, who was described, on the record, by a federal prosecutor as a “terrorism facilitator.”

Craig Monteilh, a convict-turned-FBI “terrorism facilitator,” has described that procedure in a civil rights lawsuit he filed against the agency. About a decade ago, Monteilh was approached by two FBI agents who explained that they acted “pursuant to a National Security Directive called OPERATION FLEX, which was signed by President Bush as executive order #12356.” In exchange for assistance with his legal troubles, Montielh was recruited for the purpose of “organizing terrorist activities, making reference to ‘jihad’ (Holy War) and organizing terrorist plots and activities.”

His chief assignment was “to infiltrate and spy on the activities of the members of the [Irvine, California] Mosque in an effort to uncover potential terrorists and plots against the Government. He was instructed by his handlers to act in a manner that suggested that he was a terrorist.… His actions made many of the members of the Mosque uncomfortable and the Attorney for the Mosque … contacted him in an effort to get him to stop attending regular prayers.” (Emphasis added.)

Disturbed by Monteilh’s efforts to promote violence and incite terrorism, several people who attended the mosque, working with CAIR, contacted the FBI. Rather than thanking them for their vigilance, the FBI targeted one of them – an Afghan refugee named Amadullah Sais Niazi – for retaliation, accusing him of lying about a distant relative in a naturalization application and threatening him with prison unless he, too, became an informant.

Nearly every “terrorist plot” supposedly foiled by the FBI since 2002 has followed this script, or some variation on it. When our supposed protectors go to such lengths to entrap and prosecute mentally retarded teenagers, it’s difficult to believe we face an existential terrorist threat.