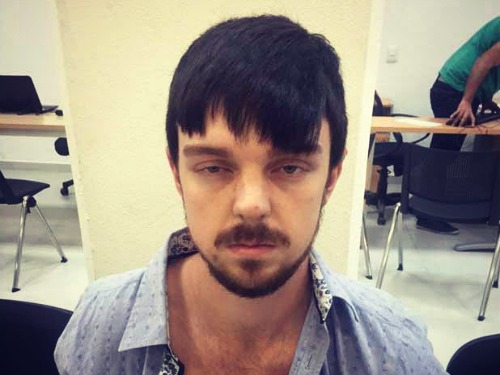 As previously reported, Ethan Couch, the so-called “affluenza teen” who got off with only 10 years of probation (and juvenile probation, as he was only 16 at the time and was not tried as an adult) after he killed four people and injured 11 others driving drunk with the “affluenza” defense, skipped out on probation a few weeks ago.

What’s the affluenza defense, you might ask? It’s something experts hired by the millionaire Couch family cooked up to try and get their client off the hook after he stole beer from a Walmart and mowed down four people with his dad’s truck on a dark Texas country road with three times the legal alcohol limit in his bloodstream.

“Affluenza” — a term that combines influenza with affluence, and is defined as “an inability to understand the consequences of one’s actions because of financial privilege.” Basically because Mr. Couch had access to daddy’s money and was coddled all his life — raised as a spoiled brat who could apparently do whatever he wanted whenever he felt like it with no regard for anyone or anything else — he grew up so disconnected from reality because of his rich “privilege” that he could not possibly be able to comprehend how his behavior might effect others.

A affluenza precedent has been set. This pathetic excuse is now an official legal defense for committing heinous crimes in America. If you didn’t already realize before that a person’s guilt or innocence means absolutely nothing in the American criminal justice system if a person has money, the reality of what a sad joke our “justice” (or “just us” for the rich people) system truly is has now been shoved down everyone’s throat.

Well as mentioned Couch ducked out on his probation officer a few weeks ago. Many speculate he ran because of this video posted on Twitter wherein he’s clearly seen playing beer pong…

(Although a spokesman at the Tarrant County Sheriff’s Office tried to claim the video is blurry and grainy, it’s quite obviously Couch laughing it up in the black shirt who shows up on screen on the left after the guy dives onto the table of red Solo cups.)

Playing beer pong is kind of a big no-no when one is still underage and, you know, on probation for drunk driving that killed four people and brain damaged one guy so bad he is paralyzed for life.

Obviously Couch feels a lot of remorse for what he did. So much in fact that he dyed his hair and goatee and ran away to the Mexican beach resort town of Puerto Vallarta with his mommy. 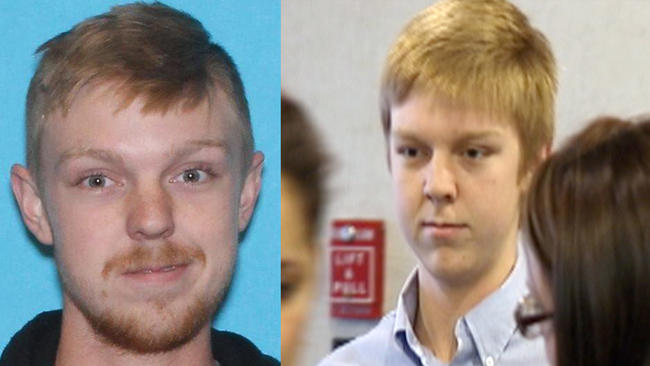 Here’s what Ethan looked like before he dyed his hair and took a timely trip to Mexico.

Authorities are alleging the whole getaway plot to Mexico was planned. It is even being reported that Couch threw a going away party for himself before they left, and, they used at least one throw away cell phone. Then again, it wasn’t planned all that well; a local butcher in Puerto Vallarta says Couch openly told him he was from Texas and they stuck out like a sore thumb eating at places Americans don’t normally go in town.

Couch and his mom Tonya have now been caught and detained. Couch might even face actual jail time (albeit, only four months but in an adult jail, not a juvenile one) for once in his privileged life. His mom will likely be charged with hindering apprehension as well, for which she could get between two and ten years in prison.

This will be a first for her if she goes to jail; despite the fact that Ethan Couch’s parents have 20 criminal offenses and traffic violations between them, neither has ever spent time in jail. Perhaps they suffer affluenza too.

Prosecutors are talking about requesting to have Couch’s sentence transferred to the adult system now. We’ll see if that actually happens. Considering that if Couch had been poor, he would have likely been tried as an adult to begin with even if he was only 10 years old, this whole thing seems like a ridiculous afterthought brought on because the justice system now has not only national butinternational egg on its face.

And by the way, with all his family’s money that supposedly caused his affluenza murder empathy “problem” in the first place, Couch didn’t have to pay hardly anything for his probation services because the majority of Couch’s $700-a-day court-ordered rehab was put on Texas taxpayers’ bill.

“He has not been held accountable yet,” Tarrant County Sheriff Dee Anderson said Tuesday, voicing his frustration at the system. “The tax money that we have spent [on him] is tremendous. We shouldn’t have spent this money in the first place.”

Well, at least people have had their say leaving comments on Facebook and some pretty interesting one-star Yelp reviews for daddy’s sheet metal business.