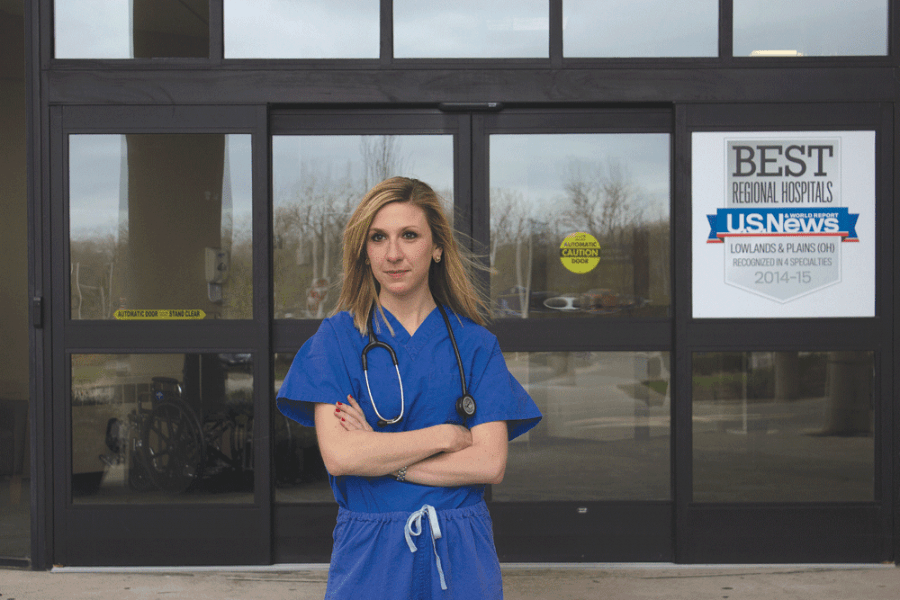 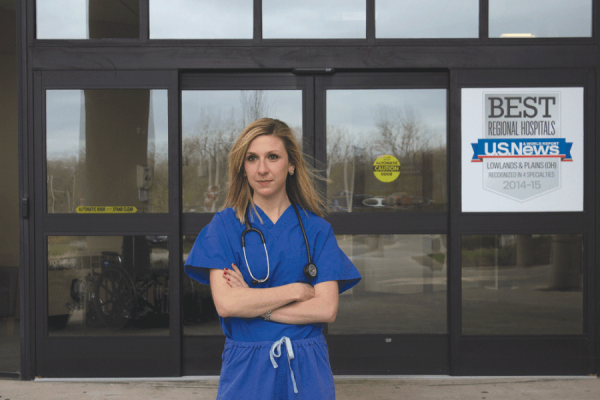 CAUTION: Strong words ahead for weak-kneed Christians and others.

Among the many things God hates are “hands that shed innocent blood) (Proverbs 6:17). There is an entire list in that passage, but let’s focus on this one for this article because one woman, a Ob/Gyn, who claims to be from a Christian home and has stated that she loves to murder the unborn and dismember them. OK, she didn’t use those terms, but she did say she loved providing the procedure that does just that.

Carolyn Payne grew up in a Christian home. However, her life choices brought her to the baby murder industry, commonly termed as abortion.

She recently wrote a column in which she expressed her pride (something also expressed in the Proverbs passage I mentioned above) with performing abortions for women.

Payne writes, “…My Midwest, Christian upbringing is largely responsible for my belief that providing abortion services is one of the most meaningful ways I feel I can contribute to making the world a more fair and equal place for women.”

First, understand that the issue of the Scriptures is not to make “the world a more fair and equal place for women.” That is just wrongheaded. In fact, women were created by God to help their husbands and join them in the dominion mandate of subduing the earth and helping to fill it with people for the glory of God. There is nothing really biblical about her claim at all, neither in the statement of abortion nor of equality.

… I never experienced unplanned pregnancy because I was fortunate enough to have parents who understood the normalcy of teenage sexuality, and provided me education and opportunities to prevent undesired pregnancy and disease. I could have sex, just like a man could, and go on with my life, with minimal fear of life-changing consequences (i.e. unwanted pregnancy).

I realize this is a privilege in our society and that is unjust. All women who desire contraception should have it; it’s necessary for women to be able to achieve their goals. Not because women are sluts, but because women are humans, and humans do have sex.

There are a myriad of problems here to address, but consider that if her parents had a biblical mindset, they would have instructed her from the Word of God, not conditioned her to be promiscuous before marriage or provided her with “education and opportunities to prevent undesired pregnancy and disease.” Instead, they would have warned her to flee sexual immorality (1 Cor. 6:18). That is, if they were Christians following the teachings of Scripture. Instead, apparently she was told it was OK to give in to temptation and not exercise self-control in the matter and wait for a husband.

Second, her claim that women need contraception to achieve their goals is also an unbiblical and ridiculous notion as well. Following that up with the claim that women are not sluts, just proves the point.

What goals is she referencing? Are they the goals that teach women to be industrious from the home (Proverbs 31) while at the same time loving their husbands and loving their children (Titus 2:3-5)? Is that the goal of Ms. Payne? Is it really a goal of honoring her Creator? Obviously, the answer is more concerned with encouraging sin and crime against the Creator and against the most innocent in our society… and she does it all with a smile and a proud look on her face!

To show just how seared this woman’s conscience is, listen to her describe her “feel good procedure” of sucking a living child from its mother’s womb.

To us, abortion training was something we advocated for in medical school, and actively sought out in our residency training programs. To us, abortion training was exciting, because it meant we were developing the skills necessary to provide women with safe reproductive healthcare. To many of us, the decision to receive training in abortion wasn’t “agonizing” at all as a recent corresponding piece in Yahoo! Health described. Rather, providing our first MVA [manual vacuum aspiration abortion] was a “feel good procedure,” because we had successfully performed an intervention that changed a woman’s life for the better!

To further justify the murder she is involved in, Payne also appeals to those she murders. “And most importantly, I think it is fair to children, that they are born into a world where they are wanted, and loved, and cared for, and have the resources they need to thrive. I think abortion is a social good and a tremendous way in which physicians can contribute to a more socially just world.”

Fair to the children? Would Ms. Payne think it fair to herself if someone sucked her brains out and tore her limbs off? Of course, everyone wants children to be loved, but the fact of the matter is that there are literally thousands of married couples who desire children, but are unable to conceive, who would love to adopt those precious little ones. Wouldn’t those children that Ms. Payne murders and dismembers with pride be loved by them? The fact of the matter is that Ms. Payne is demonstrating hate for both the women she commits these atrocious acts for and the children she so callously murders.

Ms. Payne, like all abortionists, is nothing more than a paid killer for hire, a sociopath in the league of Adolph Hitler who cares nothing for life and she demonstrates it everyday in what she does and what she promotes.

As a final word, I’ll also address any claims this woman has to being a Christian or that her actions are in line with the Bible. The apostle Paul wrote:

Now the works of the flesh are manifest, which are these; Adultery, fornication, uncleanness, lasciviousness, Idolatry, witchcraft, hatred, variance, emulations, wrath, strife, seditions, heresies, Envyings, murders, drunkenness, revellings, and such like: of the which I tell you before, as I have also told you in time past, that they which do such things shall not inherit he kingdom of God. –Galatians 5:19-21

Ms. Payne is either a murderer or she is a Christian. I think that her unrepentant and arrogant attitude towards the murder of the unborn demonstrates that she is not the latter. Therefore, the command to her is the same as it was to the same apostle that wrote that, who aligned himself with the murderers of Christians in his day, and that is “Repent!” I know if God can do that in the heart of the apostle Paul, He is more than able to do it in the heart of Ms. Payne.