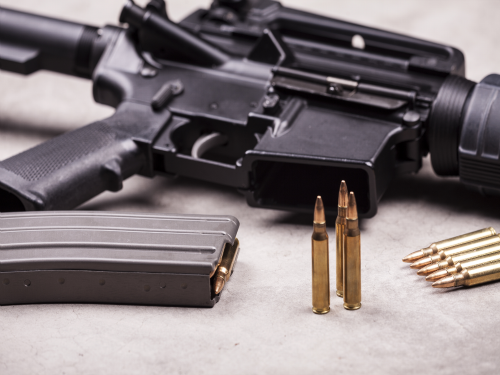 After the San Bernardino shooting, the most pressing issue for progressives was closing the gun “loophole” that allows suspected terrorists to buy firearms. Specifically, they seem to think that people who have been flagged by the government, and placed on the no fly list, should also be prevented from buying a gun. At first glance it makes sense. After all, why should suspected terrorists ever be allowed to buy a weapon?

However, it stops making sense the moment you take a look at what the no fly list is, and what it entails. It also completely ignores the idea that people should never be punished for crimes they haven’t committed.

This is a list that contains millions of names. We don’t even know the exact number. We don’t know the country of origin for all these people. We don’t know how they got there, or what conditions and procedures were used to put them on the list. And we have no idea how anyone can ever get off the list. Everything about the no fly list is a secret, and more importantly, there is nothing judicial about it. There is no trial, judges or juries, and there is certainly no defending yourself. That’s because you don’t necessarily need to commit a crime to be on the list.

And that’s why banning gun ownership for individuals on the no fly list should frighten gun owners. It creates a situation where you don’t have to do anything criminal to lose your rights. The government could determine any benign behavior to be a sign of terrorism, and promptly take your firearms. For all practical purposes, the Second Amendment would be dead.

However, it’s important to remember that the no fly list ban isn’t alone. California recently passed a law that, while appearing unrelated to the no fly list proposal, is actually operating with the same logic and intent.

A new California law scheduled to take effect Friday will allow the police to seize private, legally-owned weapons for up to three weeks without charges or allowing the citizen to contest the seizure.

AB1014 was passed last year in the wake of 2014’s Isla Vista shooting, where teenager Elliot Rodger went on a rampage near the campus of the University of California, Santa Barbara, killing six people along with himself…

…Under the law, the factors a judge can consider in granting the restraining order include not only threats of violence, but also prior felony arrests (even without a conviction), evidence of alcohol abuse, and even the simple act of recently purchasing a gun or ammunition.

For now, this law won’t amount to anything for most gun owners. But it does set a dangerous new precedent. They’ve finally established the idea that it is okay to confiscate a weapon from someone who has never been convicted of a crime. It’s now perfectly okay in California, to violate someone’s fundamental rights based on nothing but vague suspicions and accusations.

But this probably won’t end with California. What we’re really seeing here is a two-pronged attack against the Second Amendment. Laws like this are an attempt to violate our rights at the state level, while the no fly list proposals will be used to justify warrantless confiscations at the federal level. After failing to restrict gun ownership time and time again, the gun grabbers have found a new underhanded path for violating the Second Amendment.