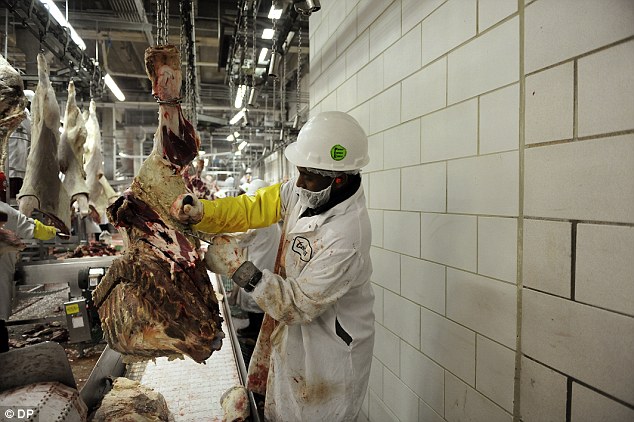 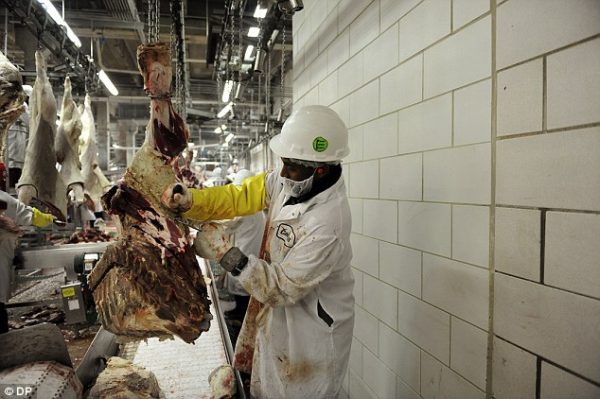 Cargill Meat Solutions, a Kansas-based meat distribution company, has fired nearly 200 workers, most of whom are Muslim immigrants from Somalia just weeks after more than 200 workers walked out due to a prayer dispute.

Some of the fired employees have been working at the plant for up to 10 years, Hussein said. Cargill had previously allowed Muslim employees to pray at the plant, even providing a prayer room, he said.

Depending on the season, the Muslim workers prayed at different times of the day, typically in about five-to-10 minute blocks, Hussein said. But recently a decision was made at the plant to change the practice.

Many of the workers, some who support family with their earnings, banded together and decided to walk off the job in an attempt to sway plant managers to reinstate a prayer schedule.

According to KSAX, the Muslims believed the policy had changed and so they just didn’t show up for work. So, consider your own job. What happens if you don’t show up for three days? That’s right, you get fired!

Cargill issued statement regarding the matter.

“Cargill makes every reasonable attempt to provide religious accommodation to all employees based on our ability to do so without disruption to our beef processing business at Fort Morgan,” the statement read. “While reasonable efforts are made, accommodation is not guaranteed every day and is dependent on a number of factors that can, and do, change from day to day.”

However, as expected, designated terror group Hamas-CAIR (Council on American-Islamic Relations) has stepped up to bat for these Islamic supremacists.

Jaylani Hussein, a spokesman and executive director of CAIR said, “The workers were told: ‘If you want to pray, go home.'”

Well, that’s exactly right. Islam was never designed to be protected under the First Amendment… never!

Disappointing or opportunity to present Muslims as victims?

To be fair, the workers were using time from a 15-minute break and time from an unpaid 30-minute lunch period to pray. However, understanding the jihad foundations of Islam and its founder, why would a company hire Muslims at all?

Oh, I know, some of you will declare everyone has a right to religious liberty, but I’ll bet not one person will say worshippers of Molech have the liberty to engage in their religion nor the Mayans, who cut out the hearts of human sacrifices. I’ll bet no one will go there. So, if you won’t go there, you understand that there is no God-given right to worship false gods.

“They feel missing their prayer is worse than losing their job,” Hussein said. “It’s like losing a blessing from God.”

The problem is that they made the decision to walk off the job. Many of them cannot even speak English and require a translator. Now they can suffer the consequences of their actions, as Cargill’s policy is to not consider reapplication for a position in their company after termination until six months has passed.

Cargill has made several attempts to resolve the problem, including meetings with both plant management and representatives from the union.

Frankly, Cargill should fill the positions and move on.

Additionally, I would encourage them to hire security and have their people armed just in case one of these Muslims decides he wants to go jihad.