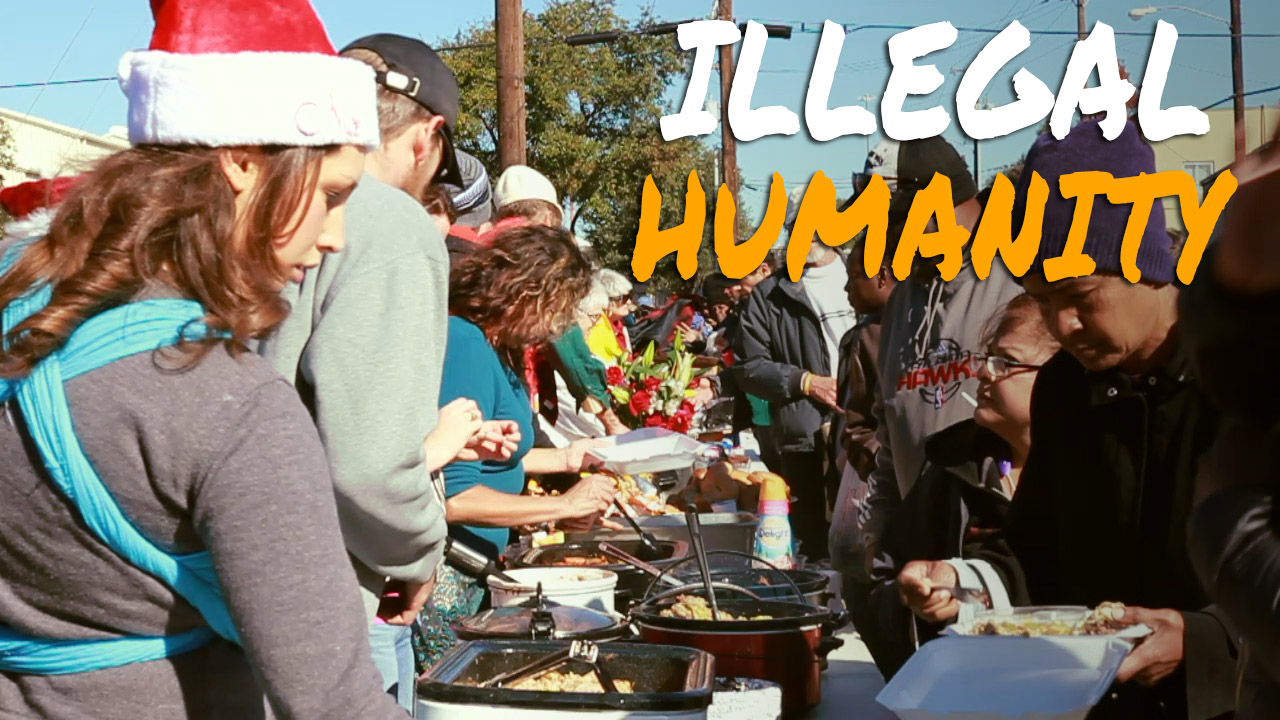 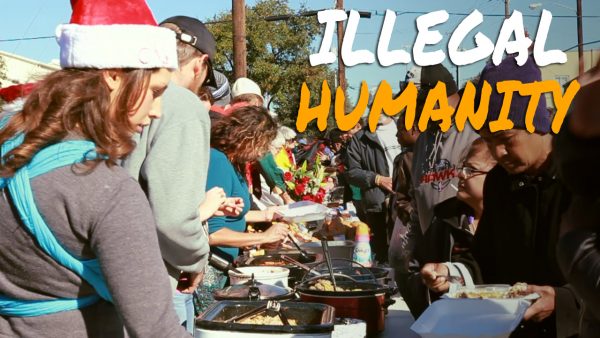 One has to wonder how feeding the homeless became a crime in one of the most blessed nations in the history of mankind. Yet, in cities across America, doing just that has become a crime, at least in the eyes of tyrants. But one community of people in Dallas, Texas decided it was time to stand against the law and feed the homeless in violation of the pretended legislation, and they did it fully armed!

The organization that calls themselves Don’t Comply and recently showed up outside the Austin Street Shelter to feed the homeless at their annual Feed the Need event in defiance of what members call a “bad law.”

“We are not complying with a bad law today,” said Matthew Short, Public Relations director of Don’t Comply. “Evidently the city of Dallas believes that it’s wrong, or bad, or unlawful for us to feed more than a certain number of people at a time. But, during Christmas, we want to show love to our community and give these people a chance to survive the winter, whether it be with blankets or coats, or just giving them a holiday party like today with all kinds of cookies, and goodies, turkey and dressing, and the whole nine yards.”

The Dallas City Council has decided that sharing food with more than 75 people requires permission from the city in the form of a permit and an associated fee. Living up to their name, DontComply did not receive the necessary permission to host their event as a form of civil disobedience. Code enforcers did make an appearance and served lead organizer, Murdoch Pizgatti with the city ordinance which governs feeding the homeless and encouraged him to file the necessary paperwork after the event concluded. Pizgatti stated that he has no intentions on filing that paperwork.

All of the homeless people that I talked to during the event were extremely grateful for the support and there was a sense of humanity that is indescribable. Interacting with other human beings whom most consider to be living life at rock bottom will likely alter your perspective on the world around you.

With tough economic times ahead, we can only expect this homeless epidemic to worsen, so consider joining forces with DontComply, or any other group who helps the homeless and less fortunate. The problem will not solve itself.

Food, snacks and drinks were all provided by members of Don’t Comply. The members even chipped in warm winter clothes for the people as well. Now, this is how we should be looking after one another without government involvement.

In fact, when government gets involved in things like this, they either steal from others to feed and care for the homeless or they enact stupid laws like Ordinance No. 29595, which makes it illegal to serve food to the homeless without a permit (that’s how they get their money), being trained (seriously, to serve food?), and going through a variety of hoops that pinheaded legislators write. Perhaps, the law is nothing more than to protect their little scheme of socialism. I’ll just bet that’s what it is.

Check out the video of what took place, and Happy New Year!