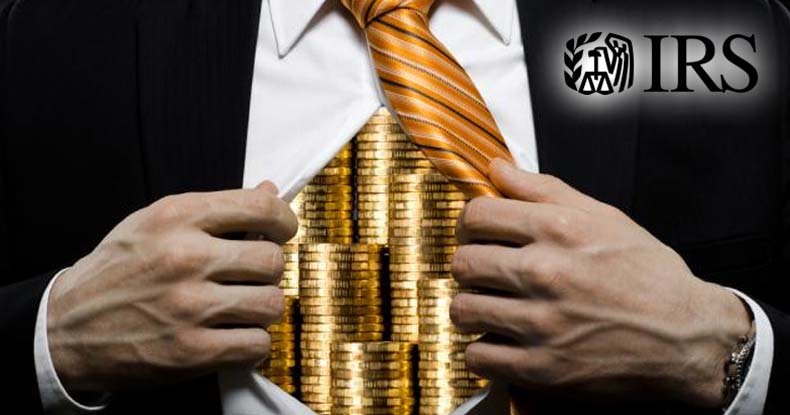 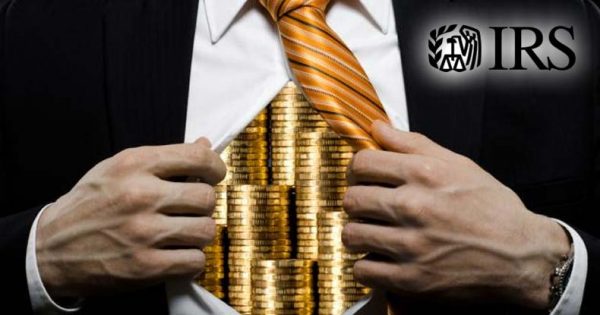 “One of the saddest lessons of history is this: If we’ve been bamboozled long enough, we tend to reject any evidence of the bamboozle. We’re no longer interested in finding out the truth. The bamboozle has captured us. It’s simply too painful to acknowledge, even to ourselves, that we’ve been taken. Once you give a charlatan power over you, you almost never get it back.” ― Carl Sagan, The Demon-Haunted World : Science as a Candle in the Dark

While most of us are saddled with the burden of taxes, income tax, sales tax, etc., ad infinitum, the über-wealthy in the U.S. have essentially created their own I.R.S. — gaming the system so adeptly, it has essentially become their employee. But, wait, you might be thinking, those ultra-wealthy billionaires worked hard for those riches! Though that might certainly be true to an extent, how they’ve put the I.R.S. to work for them — manipulating the State to gain an advantage almost incomprehensible to most of us — makes these currency-movers and law-manipulators a special brand of leech.

Gaming the system has become somewhat an art form for the wealthiest of the wealthy, and they staff financial managers whose job it is to detect and exploit tax loopholes — or lobby to create them where none exist. Literally.

“There’s this notion that the wealthy use their money to buy politicians; more accurately, it’s that they can buy policy, and specifically, tax policy,” explained senior fellow at the Center on Budget and Policy Priorities, Jared Bernstein. “That’s why these egregious loopholes exist, and why it’s so hard to close them.”

It’s likely common knowledge how the wealthiest utilize offshore and overseas tax havens and shell corporations to shirk tax responsibilities and penalties; but perhaps because that ‘trick’ has garnered so much attention, more covert — and in many cases, overt — manipulation methods comprise the wealthy’s personal tax code.

So-called “family offices” often constitute the heart of such operations. Though these first emerged with the Rockefellers in the late 19th century, family offices surged in popularity during deregulation in the 1980s under Reagan, and particularly over the last ten years — with stratification of wealth not seen since immediately before the stock market crash and subsequent Great Depression.

Family offices function solely to preserve and protect the billions of dollars generated, most often, by a single family — for example, the Walton family, of WalMart infamy. Specialized financial guardians manage everything surrounding the family’s riches, such as philanthropic ventures and investment strategy; but skillful thwarting and employment of tax codes and policy constitute the bulk of their effectiveness.

“While specific techniques these advisers employ to minimize taxes can be mind-numbingly complex, they generally follow a few simple principles, like converting one type of income into another type that’s taxed at a lower rate,” described The New York Times.

[Daniel S.] Loeb, for example, has invested in a Bermuda-based reinsurer — an insurer to insurance companies — that turns around and invests the money in his hedge fund. That maneuver transforms his profits from short-term bets in the market, which the government taxes at roughly 40 percent, into long-term profits, known as capital gains, which are taxed at roughly half that rate. It has the added advantage of letting Mr. Loeb defer on this income indefinitely, allowing his wealth to compound and grow more quickly.

Making use of hedge and other high-end investment funds, as well as implementing partnerships, these ultra-wealthy families avoid the I.R.S – by design. Partnerships remain mostly out of reach of the tax man because — despite enormous income generation — the partnership cannot be taxed as an entity, unlike corporations, so, each partner pays taxes individually at significantly, comparatively lower rates. Add to that such deduction as depreciation, and these partnerships handily subvert the system the rest of us are slavishly obligated to follow.

Such elaborate labyrinth schemes magnify in larger partnerships, which the I.R.S. has extreme difficulty tracking in order “to determine whether a tax shelter exists, an abusive tax transaction is being used,” stated a Government Accountability Office report. In fact, as evidenced in that report, one of the most effective strategies large partnerships employ against the system is forcing labor and cost intensive audits, for negligible — if any — results, leaving them almost wholly beyond the law. The report explained:

According to I.R.S. auditors, the audit results may be due to challenges such as finding the sources of income within multiple tiers while meeting the administrative tasks required by the Tax Equity and Fiscal Responsibility Act of 1982 (TEFRA) within specified time frames. For example, I.R.S. auditors said that it can sometimes take months to identify the partner that represents the partnership in the audit, reducing time available to conduct the audit. TEFRA does not require large partnerships to identify this partner on tax returns.

The wealthy are, indeed, fleecing not only the system, but all of us. As David Cay Johnston, a Pulitzer Prize-winning reporter explained: As The Free Thought Project previously pointed out, though the American public is roped into believing the popularized lie that “the government takes from the rich to redistribute to the poor, the reality is actually the opposite. The state fleeces the poor and middle class in America, and that money is, in turn, redistributed to the most wealthy Americans.”

This is not, by any stretch, a natural function of a free market where anyone can join the competition. What has manifested, instead, is a system whereby the ultra-wealthy exploit and create policy and politicians for gains most of us cannot even comprehend — though we are its unwitting and unwilling slaves.

When I say cut taxes, I don’t mean fiddle with the code. I mean abolish the income tax and the IRS, and replace them with nothing. -Ron Paul