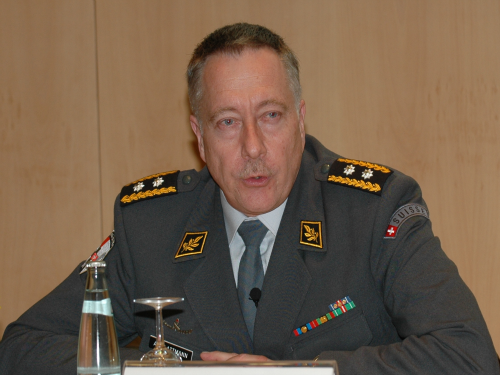 Switzerland is well-known for being an incredibly safe country with a high standard of living. And historically speaking, it’s one of the most defensible nations on Earth. Between the rough terrain of the Swiss Alps, and their massive well-trained conscript army, Switzerland is not an easy country to threaten. Their borders appear secure, and internally their society seems prosperous and peaceful.

So when the military leadership for a country of this caliber begins to express concerns for the future, you should take notice. In a recent interview, Chief of the Swiss Military André Blattmann, noted that Swiss prosperity “has once again been called into question.” He went on to compare the current state of affairs with what Switzerland faced during World War One and Two.

“The threat of terror is rising, hybrid wars are being fought around the globe; the economic outlook is gloomy and the resulting migration flows of displaced persons and refugees have assumed unforeseen dimensions.” He said before suggesting that “Social unrest can not be ruled out” and noted that public discourse was now“dangerously aggressive.”

Not surprisingly, the Swiss political class was not amused by his concerns, and claimed that he was exaggerating. Given the state of the world today, should he really be ignored?