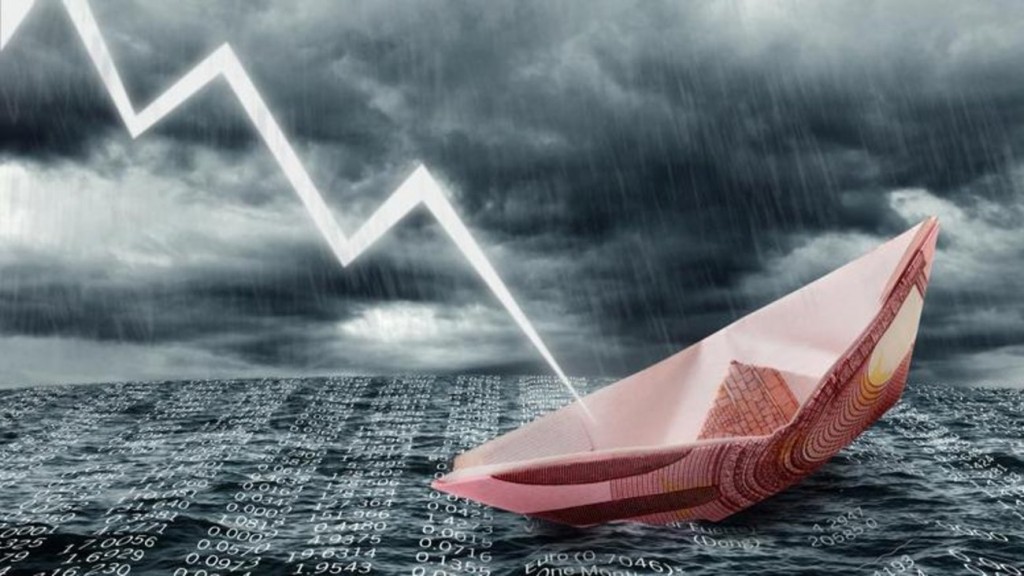 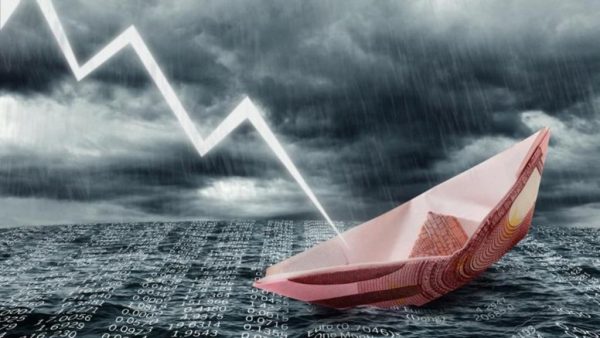 While the mainstream media focus on ISIS extremists, a threat that has gone virtually unreported is that your life savings could be wiped out in a massive derivatives collapse. Bank bail-ins have begun in Europe, and the infrastructure is in place in the US.  Poverty also kills.

At the end of November, an Italian pensioner hanged himself after his entire €100,000 savings were confiscated in a bank “rescue” scheme. He left a suicide note blaming the bank, where he had been a customer for 50 years and had invested in bank-issued bonds. But he might better have blamed the EU and the G20’s Financial Stability Board, which have imposed an “Orderly Resolution” regime that keeps insolvent banks afloat by confiscating the savings of investors and depositors. Some 130,000 shareholders and junior bond holders suffered losses in the “rescue.”

The pensioner’s bank was one of four small regional banks that had been put under special administration over the past two years. The €3.6 billion ($3.83 billion) rescue plan launched by the Italian government uses a newly-formed National Resolution Fund, which is fed by the country’s healthy banks. But before the fund can be tapped, losses must be imposed on investors; and in January, EU rules will require that they also be imposed on depositors. According to a December 10th article on BBC.com:

The rescue was a “bail-in” – meaning bondholders suffered losses – unlike the hugely unpopular bank bailouts during the 2008 financial crisis, which cost ordinary EU taxpayers tens of billions of euros.

Correspondents say [Italian Prime Minister] Renzi acted quickly because in January, the EU is tightening the rules on bank rescues – they will force losses on depositors holding more than €100,000, as well as bank shareholders and bondholders.

. . . [L]etting the four banks fail under those new EU rules next year would have meant “sacrificing the money of one million savers and the jobs of nearly 6,000 people”.

That is what is predicted for 2016: massive sacrifice of savings and jobs to prop up a “systemically risky” global banking scheme.

That is all happening in the EU. Is there reason for concern in the US?

According to former hedge fund manager Shah Gilani, writing for Money Morning, there is. In a November 30th article titled “Why I’m Closing My Bank Accounts While I Still Can,” he writes:

[It is] entirely possible in the next banking crisis that depositors in giant too-big-to-fail failing banks could have their money confiscated and turned into equity shares. . . .If your too-big-to-fail (TBTF) bank is failing because they can’t pay off derivative bets they made, and the government refuses to bail them out, under a mandate titled “Adequacy of Loss-Absorbing Capacity of Global Systemically Important Banks in Resolution,” approved on Nov. 16, 2014, by the G20’s Financial Stability Board, they can take your deposited money and turn it into shares of equity capital to try and keep your TBTF bank from failing.

Once your money is deposited in the bank, it legally becomes the property of the bank. Gilani explains:

Your deposited cash is an unsecured debt obligation of your bank. It owes you that money back.

If you bank with one of the country’s biggest banks, who collectively have trillions of dollars of derivatives they hold “off balance sheet” (meaning those debts aren’t recorded on banks’ GAAP balance sheets), those debt bets have a superior legal standing to your deposits and get paid back before you get any of your cash.

. . . Big banks got that language inserted into the 2010 Dodd-Frank law meant to rein in dangerous bank behavior.

The banks inserted the language and the legislators signed it, without necessarily understanding it or even reading it. At over 2,300 pages and still growing, the Dodd Frank Act is currently the longest and most complicated bill ever passed by the US legislature.

Propping Up the Derivatives Scheme

Dodd-Frank states in its preamble that it will “protect the American taxpayer by ending bailouts.” But it does this under Title II by imposing the losses of insolvent financial companies on their common and preferred stockholders, debtholders, and other unsecured creditors. That includes depositors, the largest class of unsecured creditor of any bank.

Title II is aimed at “ensuring that payout to claimants is at least as much as the claimants would have received under bankruptcy liquidation.” But here’s the catch: under both the Dodd Frank Act and the 2005 Bankruptcy Act, derivative claims have super-priority over all other claims, secured and unsecured, insured and uninsured.

The over-the-counter (OTC) derivative market (the largest market for derivatives) is made up of banks and other highly sophisticated players such as hedge funds. OTC derivatives are the bets of these financial players against each other. Derivative claims are considered “secured” because collateral is posted by the parties.

For some inexplicable reason, the hard-earned money you deposit in the bank is not considered “security” or “collateral.” It is just a loan to the bank, and you must stand in line along with the other creditors in hopes of getting it back. State and local governments must also stand in line, although their deposits are considered “secured,” since they remain junior to the derivative claims with “super-priority.”

Turning Bankruptcy on Its Head

In a May 2013 article in Forbes titled “The Cyprus Bank ‘Bail-In’ Is Another Crony Bankster Scam,” Nathan Lewis explained the scheme like this:

At first glance, the “bail-in” resembles the normal capitalist process of liabilities restructuring that should occur when a bank becomes insolvent. . . .

The difference with the “bail-in” is that the order of creditor seniority is changed. In the end, it amounts to the cronies (other banks and government) and non-cronies. The cronies get 100% or more; the non-cronies, including non-interest-bearing depositors who should be super-senior, get a kick in the guts instead. . . .

As of September 2014, US derivatives had a notional value of nearly $280 trillion. A study involving the cost to taxpayers of the Dodd-Frank rollback slipped by Citibank into the “cromnibus” spending bill last December found that the rule reversal allowed banks to keep $10 trillion in swaps trades on their books. This is money that taxpayers could be on the hook for in another bailout; and since Dodd-Frank replaces bailouts with bail-ins, it is money that creditors and depositors could now be on the hook for. Citibank is particularly vulnerable to swaps on the price of oil. Brent crude dropped from a high of $114 per barrel in June 2014 to a low of $36 in December 2015.

What about FDIC insurance? It covers deposits up to $250,000, but the FDIC fund had only $67.6 billion in it as of June 30, 2015, insuring about $6.35 trillion in deposits. The FDIC has a credit line with the Treasury, but even that only goes to $500 billion; and who would pay that massive loan back? The FDIC fund, too, must stand in line behind the bottomless black hole of derivatives liabilities. As Yves Smith observedin a March 2013 post:

In the US, depositors have actually been put in a worse position than Cyprus deposit-holders, at least if they are at the big banks that play in the derivatives casino. The regulators have turned a blind eye as banks use their depositors to fund derivatives exposures. . . . The deposits are now subject to being wiped out by a major derivatives loss.

Even in the worst of the Great Depression bank bankruptcies, noted Nathan Lewis, creditors eventually recovered nearly all of their money. He concluded:

When super-senior depositors have huge losses of 50% or more, after a “bail-in” restructuring, you know that a crime was committed.

Exiting While We Can

How can you avoid this criminal theft and keep your money safe? It may be too late to pull your savings out of the bank and stuff them under a mattress, as Shah Gilani found when he tried to withdraw a few thousand dollars from his bank. Large withdrawals are now criminally suspect.

You can move your money into one of the credit unions with their own deposit insurance protection; but credit unions and their insurance plans are also under attack. So writes Frances Coppola in a December 18th article titled “Co-operative Banking Under Attack in Europe,” discussing an insolvent Spanish credit union that was the subject of a bail-in in July 2015. When the member-investors were subsequently made whole by the credit union’s private insurance group, there were complaints that the rescue “undermined the principle of creditor bail-in” – this although the insurance fund was privately financed. Critics argued that “this still looks like a circuitous way to do what was initially planned, i.e. to avoid placing losses on private creditors.”

In short, the goal of the bail-in scheme is to place losses on private creditors. Alternatives that allow them to escape could soon be blocked.

We need to lean on our legislators to change the rules before it is too late. The Dodd Frank Act and the Bankruptcy Reform Act both need a radical overhaul, and the Glass-Steagall Act (which put a fire wall between risky investments and bank deposits) needs to be reinstated.

Meanwhile, local legislators would do well to set up some publicly-owned banks on the model of the state-owned Bank of North Dakota – banks that do not gamble in derivatives and are safe places to store our public and private funds.

Ellen Brown is an attorney, founder of the Public Banking Institute, and author of twelve books including the best-selling Web of Debt. Her latest book, The Public Bank Solution, explores successful public banking models historically and globally. Her 300+ blog articles are at EllenBrown.com. Listen to “It’s Our Money with Ellen Brown” on PRN.FM.