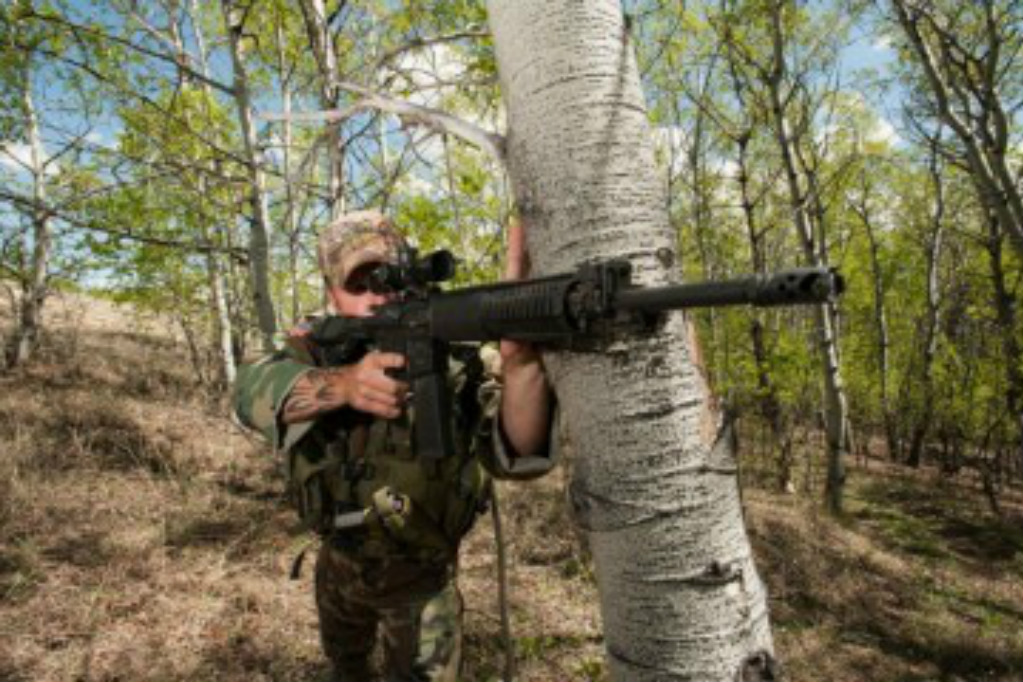 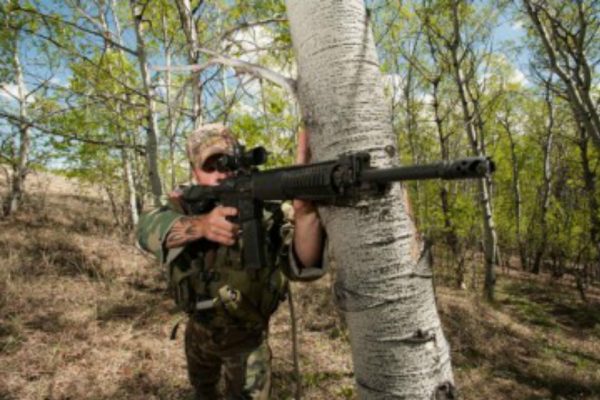 This Monday, Oregon ranchers Dwight Hammond and his son Steve are to turn themselves in and be imprisoned in what can only be said to be Double Jeopardy that is being imposed by a federal judge, whose authority to even rule in the matter is not justified by the US Constitution. However, days ahead of the deadline, several patriots and militiamen showed up to provide a Constitutional barrier to the tyranny of the federal government and the Bureau of Land Management.

Chief U.S. District Judge Ann Aiken has attempted to put Dwight, 73, and Steve, 46, in prison for several years for fires they started, which ranchers do all the time as part of caring for the land. Keep in mind that one of these fires is nearly two decades old while the other is a decade old. Both men severed time in prison already, even though there was no reason for them to do so, since the BLM does the exact same thing with devastating consequences.

Reports from Oregon Live have been detailing how the militia from all over the country have been moving into the territory of the Harney Basin. Many of those involved were involved in the Bundy Ranch siege in 2014.

“I am here now trying to empower and motivate the people of this community to take a stand against tyranny and show them that I will gladly stand with them,” Jon Ritzheimer said.

The militia groups have been encouraging the residents to stand alongside them against the tyranny that has become the federal government and the BLM.

However, many in the community want them to go home. Signs have been put up in yards of homes that read, “Go Home Bundys!” and even a warning was issued by “The Committee” that reads:

Any individuals or groups of individuals that detain or attempt to detain any US Citizen Resident of Harney County will not be tolerated. Self-appointed militia, household troops or other unaffiliated armed group garrisoned in the confines of this county be warned. Any detention of our citizen residents will be dealt with rapidly and with great retribution. This is your only warning.

Frankly, no militia member has pushed for any of this propaganda put out by “The Committee.” However, the Constitution is clear about Constitutional troops and it clearly outlines who the militia is and what they can do.

In fact, when people look back on the Bundy Ranch siege, they can see clearly that the Bundys and the militia won the day because they stood fast against the same tyrannical BLM that now threatens the Hammond family. The only problem is that the media is largely silent on this important news story. As a side note, look, if you don’t like me, that’s fine, but get this story out. A family’s future is at stake and if you won’t speak out for them now, who will be around to speak out for you when it is your livelihood and property on the line?

Oregon Live reported on several residents in the area and their dissent concerning the militia:

Chris Briels, Burns fire chief for 24 years, said he was intrigued by the constitutional arguments rai sed by Payne and Bundy. But he said he also felt pushed too hard by Bundy to act. Briels said he is no anarchist.

The militia, Briels said, “seems like a bunch of people ready to shoot. I don’t want that in my county.”

Melodi Molt, a rancher and former president of Oregon CattleWomen, joined Briels on the new committee. She’s troubled by what’s happened to the Hammonds – but also worried about what her community faces with the outsiders.

“We’re not from the militia,” said Molt. “We’re not going to come in with guns and overthrow the government.”

First, upholding the law is not anarchy. That is what the federal judge and the BLM are engaged in. Second, militia is comprised of people from every state. So, both Briels and Molt are completely wrong in their assessment of the situation.

Furthermore, let’s point something out: The State of Oregon owns the land, not the federal government, and even that should be altered and put into the hands of the citizens of the State. For more on how the land is State land and not federal land, click here and here.

The BLM is administrative only in the area and has no power to enforce anything.

However, the question does need to be asked, why do so many in the area oppose the militia coming in to aid their neighbors who are being terrorized by the federal government?

The answer may just be quite simple and it has everything to do with Agenda 21 and the Rockefeller Corporation.

Consider that the Rockefeller Corporation provides work grants for the West Coast Infrastructure Exchange. On top of that, the Oregon State Treasury is a benefactor of Rockefeller grants. A large part of the people in the area have jobs because of this!

On top of all of this, the area has a high possibility of being very lucrative in oil and is a part of the Agenda 21 scheme. But are the people fighting Agenda 21 in their area? Nope! In fact, the area has received a ton of grant money to advance Agenda 21. Think they are opposed to the militia coming in for no reason? Do you think these people care at all about the Hammonds? I don’t think so, but the militia and others do care. We’ll see how far this goes at the beginning of the week as Operation Hammond Freedom is underway! Please keep these patriots and the Hammonds in your prayers and if you are able, seek to join them!

Lorri Anderson contributed to the information contained in this article and has provided us a link to the live feed for full coverage of what is taking place.

People across America have been following the Hammond case out of Burns, Oregon due to the overreach by the federal government. Pete Santilli is covering the Rally in support of the Hammond’s and taking a stand against unconstitutional actions live. Constitutional Sheriff Richard Mack of CSPOA.ORG, Ammon Bundy, veterans, patriots, and protesters have come from across this nation and Canada to speak out and tell the federal government to stop with their unconstitutional actions and oppression in a peaceful manner. Standing in the gap and speaking out for the voiceless and oppressed.

“The American Patriot does not follow the path of least resistance, but resists because it’s right. In the face of fear, oppression, and tyranny they stand. Their soul binds them to a duty that cannot be bought nor sold. They stand and speak for the voiceless, weak, and oppressed just as Jesus did.” Lorri Anderson