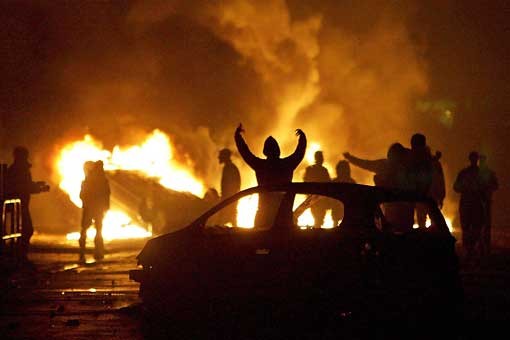 It’s how they “celebrate” New Year’s Eve. Hey, it’s what they do. Obama say, “respect it!”

A total of 804 vehicles were set aflame in all of France on New Year’s Eve, a 14.5 per cent decrease from the previous year, Interior Minister Bernard Cazeneuve said on Twitter Friday.

Burning automobiles as a way to ring in the new year has grown into a trend in recent years, with mostly young men using it as a form of protest.

The ministry said 622 people were taken into custody by French authorities over New Year’s, twice as many as a year before.