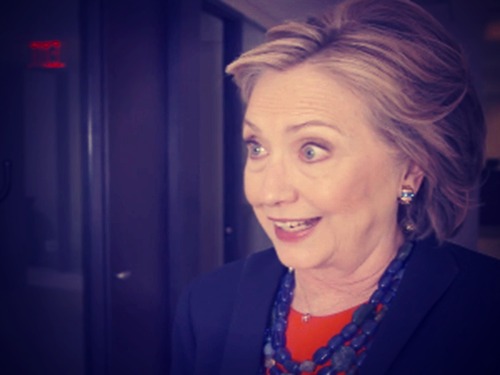 Hillary sent this video out on her official Twitter account. In it, she claims she went head-to-head against Senator John McCain in a vodka drinking contest.

What happened when Hillary and John McCain went head-to-head in a drinking competition?https://t.co/Iki0m7RS0k

Since we know that everything Hillary does, including all the questions she will answer in these PR clips, are absolutely 100% pre-approved and scripted, this is a pretty pathetic attempt to gain street cred, don’t you think? Drinking vodka with McCain? Sounds like a fun Tuesday afternoon… in hell.

Besides which, is it just us, or can you almost instantly tell she’s full of it as soon as words start coming out of her mouth?