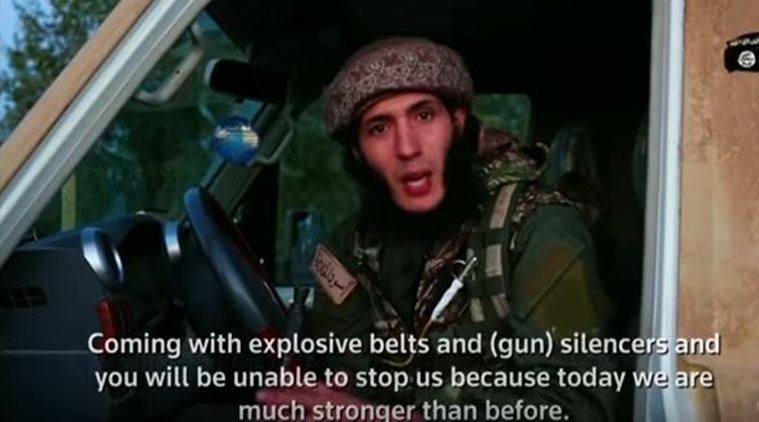 The Islamic terror group will activate hundreds of sleeper cells in “dozens of countries” in an unprecedented bid to destabilize Western governments and spark a huge military confrontation with the West and Arab nations in the Middle East.

UK Express The shock claim, from one of the world’s leading authorities on the death cult, comes amid fears of a New Year’s Eve terror plot in London and other major world cities. Islamic State has carried out more than 50 attacks in 18 countries that have killed 1,100 people and injured 1,700 since it declared its caliphate in 2014.

And next year will see a huge increase in both the number and scale of major terror attacks, according to Dr Theodore Karasik, a Gulf-based analyst of regional geo-political affairs who has extensively studied ISIS’s behaviour.

He warned: “ISIS’s media operation is taunting its enemy to come to fight their Final Battle. “But first, it wants to show its global reach with zeal…from cells, to lone wolves, to bedroom jihadists – to target landmarks and crowds in dozens of countries across the world.”

Dr Karasik added: “There are close to 40 ISIS affiliates globally with millions of adherents and believers around the world. The New Year may ring in with disturbing terror attacks. “ISIS is an airborne disease and still remains robust as the movement enters into a new combative and aggressive phase.

“The level of ISIS’s destructiveness, to force confrontations across the world, indicates that 2016 is likely to be more chaotic than 2015.

“The threat is real, and the requirement for international, regional, and local cooperation is truly necessary and will be tested again and again in perhaps unexpected places.”

Earlier this week ISIS leader Abu Bakr al-Baghdadi released an audio message boasting that his forces were “doing well” and urging his followers to “be confident God will grant us victory.”

Baghdadi called for the overthrow of the Saudi government and promised his forces would soon advance on Israel. “You will never find comfort in Palestine, Jews,” he said. “Palestine will not be your land or your home, but it will be a graveyard for you.”

Baghdadi added: “He is following the script announced in 2014 to expand in the Levant into the upper tier of the Arabian Peninsula by 2019. “They want to destabilize Lebanon, Israel, Jordan and Gulf states. The messaging is clear: ISIS is continuing to challenge its enemies near and far.