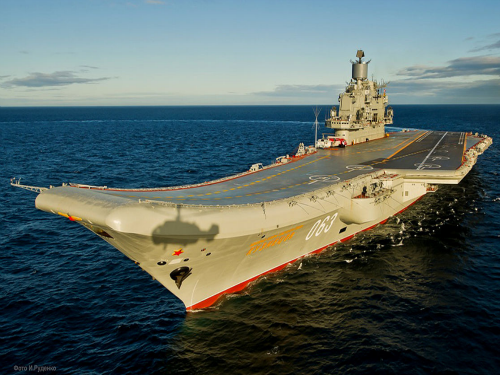 I don’t think anyone doubts that the US Navy is the most formidable naval force in the world. It is the one asset that allows Washington to project its conventional military power to almost any location on the planet, and often at a moments notice. Without it, our nation would have never achieved its status as global superpower.

As time goes on however, the Navy is slowly losing its edge. As I’ve written about before, our vast fleets are in no position to dominate the future of naval warfare. If anything, they may be sitting ducks (and expensive ones at that). While most people would assume that the Chinese Navy will be our biggest contender, the truth of the matter is that the Russian Navy may also pose a serious existential threat to our ships in the near future, if it doesn’t already.

In a recent report, the US Navy outlined their concerns about the reemergence of Russia’s Naval prowess. Here’s what’s keeping them up at night:

“In the next 10–15 years, the Russian Navy will continue its historic transition to a new 21st-century navy. A modest number of new class ships and submarines will enter the Navy by the turn of the decade,” reads the ONI report. “Continuing series construction and the start of several more sophisticated and complex new classes are projected for the next decade. The new construction will be accompanied by the maintenance and extension in service of the most capable Soviet legacy units,” the analysis adds.

But while the Russian navy will continue to field ever more capable ships, submarines, aircraft and weapons, it needs to increase its build rate. It is “imperative” for the Russian navy to address this problem, the report notes, “in order to avoid disappearing in the 2020 timeframe.” Moscow’s plans to avoid this fate, again, call for quality over quantity: “The future 21st-century Russian Navy is projected to be more capable on a unit-by-unit basis than at present but not significantly larger in overall order of battle numbers,” the ONI report assesses.

In other words, the Russians are building a first class navy that will be fully capable of going toe to toe with our own. Their only obstacle, is money. Between the cataclysmic fall in global oil prices, and Western sanctions, their economy is hurting in a big way. That will no doubt delay the construction of their advanced warships. On the other hand, they’ve been pretty smart with their money since the fall of the Soviet Union. Russia still has one of the lowest debt to GDP ratios in the world, so they still have a little room to spend.

And in any case, their military-industrial complex is also very self-sufficient. The vast majority of their weapons and parts can be made within their country, so even though the Ruble has fallen significantly, it hasn’t really hurt their ability to keep building. It would suffice to say that Russia’s Navy is still on a steady path to modernization. And if they do pull it off, here are a few of the new weapons systems they’ll be creating. According to the US Navy report:

Also in the report, is Russia’s plan to scrap their conscript military. The Russian military currently has a core of highly trained professionals, but they’re also burdened by plenty of unmotivated draftees. In the near future, they plan to move towards an all volunteer force, which will staff these new ships.

Again, the only thing stopping them is money. Russia is one of only a handful of nations that is technologically advanced enough to match our military. They’re also one of the few that has plenty of industrial, demographic, and raw material resources at their disposal. They’ll need substantial financial resources to pull it all together though. If they manage to diversify their economy within the next 10 years, or if oil prices make a comeback, then there’s a good chance that the US Navy will not only have China to contend with in the future, but Russia as well.