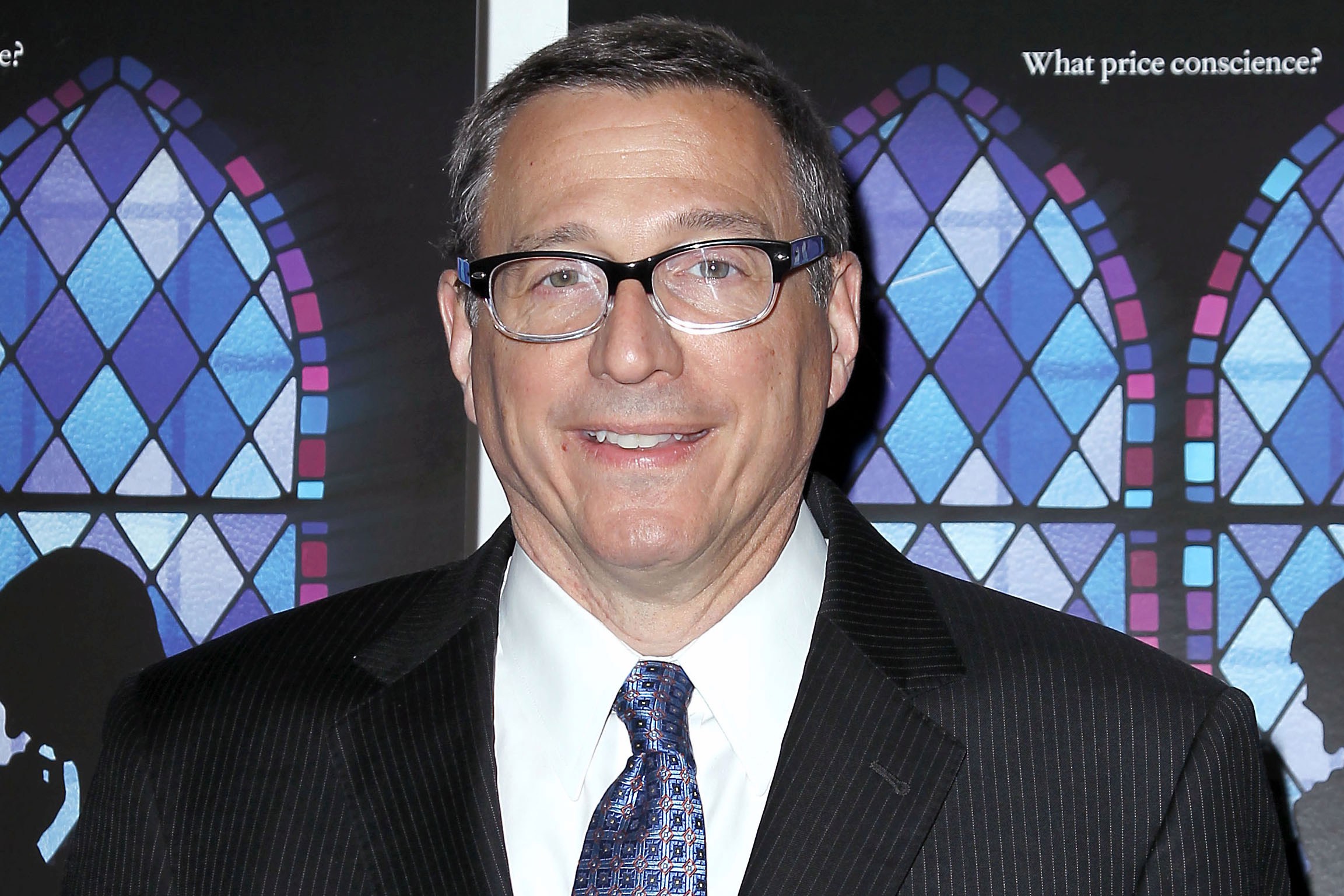 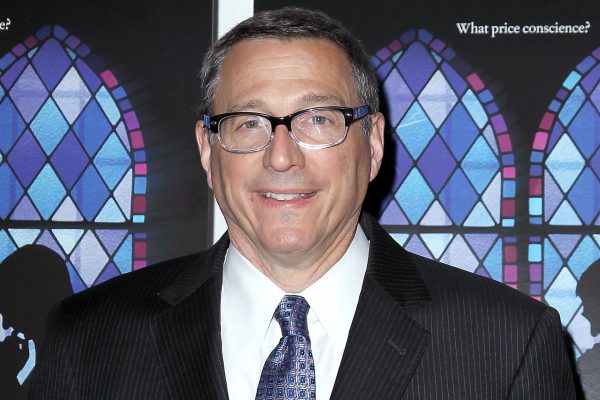 As we embrace the changeover to a new year, Americans have broken all gun sales records ever made. Citizens recognize the growing threat perpetrated by the Obama administration, arming themselves in preparation to defend their families, themselves and their property. Moreover, Obama is scheduled to unconstitutionally, unilaterally, illegally and unlawfully infringe on the Second Amendment. In advance of Obama’s agenda to control and enslave, Reverend Rob Schenck, chair of Evangelical Church Alliance, stated on December 28th, in a Washington Post article that ‘Christians have no right to use guns for self-defense.‘

Schenck claims that Christians cannot be pro-life and pro-gun because, “The gospel begins with God’s love for every human, and calls on Christians to be more Christ-like. At no time did Jesus use deadly force.” Reverend Schenck recognized that Jesus, once, allowed his disciples to obtain swords by selling their cloaks for defending themselves; however, Schenck stated the permission came with limitations. For proof, Schenck cited Exodus 22: 2-3, without quoting the verses.

2 If a thief be found breaking up, and be smitten that he die, there shall no blood be shed for him. 3 If the sun be risen upon him, there shall be blood shed for him; for he should make full restitution; if he have nothing, then he shall be sold for his theft. — Exodus 22: 2-3, King James Version.

In looking for a meaning to this Scripture, it appears Schenck may be misinterpreting. Samuel Starrett, in his article “Self-Defense, The Christian, and Exodus 22: 2-3: A Closer Look,” uses Young’s translation to clarify this passage in Exodus to show this passage is not guiding Christians to passivism or to being pacifists.

2`If in the breaking through, the thief is found, and he hath been smitten, and hath died, there is no blood for him;

3if the sun hath risen upon him, blood [is] for him, he doth certainly repay; if he have nothing, then he hath been sold for his theft;

This is rather hard to understand. What is ‘the breaking through?’ Perhaps the New King James Version will be somewhat clearer.

What this is telling us is if you catch a thief breaking into your home, you take action, and he dies, you are not guilty of murder. However, if you do not catch him in your home, but, at a later time, take action, and he dies, you will be guilty of murder. In this passage, lethal force is allowed for self-defense when a criminal is in your home to thieve. If the thief escapes, one is prohibited from tracking him down and killing him, as this is murder. The thief is to make restitution after due process. If the thief has nothing for restitution, he is to work off his debt to the one he offended through servitude.

Schenck forgets or conveniently disregards Luke 22: 36, “Then said He [Christ] unto them, but snow, he that hath a purse, let him take it, and likewise his scrip; and he that hath no sword, let him sell his garment and buy one.”

Clearly, Christ is telling his disciples to arm themselves with the preferred weapon of the times — a sword.

If anyone has watched the movie, “The Legend of Bagger Vance,” Bagger, played by Will Smith, tells Rannulf Junuh, played by Matt Damon, that a person is born into this world with a soul God provided with everything it needed. In this statement, there is the inherent truth of inherent rights given by God. One of those rights is self-defense, just as it is with other animals that fight for survival against higher predators.

Schenck explains his rejection of the inherent right to bear arms and the Second Amendment.

For most of my adult life, I agreed. I believed that we had a God-given right to defend ourselves. I also believed that the Second Amendment guarantees a right to bear arms, and that anyone should be able to obtain a gun.

Then, I saw the after-effects of gun violence firsthand. In Pennsylvania, I visited the families of five murdered Amish schoolgirls, as well as the family of the shooter. And I watched as a mass shooting unfolded at the Washington Navy Yard, across from where I lived at the time. These experiences, followed by careful theological and moral reflection, left me convinced that my family of faith is wrong on guns.

But I disagree with my community’s wholesale embrace of the idea that anyone should be able to buy a gun. For one thing, our commitment to the sanctity of human life demands that we err on the side of reducing threats to human life. And our belief in the basic sinfulness of humankind should make us skeptical of the NRA’s slogan, “the only way to stop a bad guy with a gun is with a good guy with a gun.” The Bible indicates that we are all bad guys sometimes.

I would like to ask Pastor Schenck about his commitment to the sanctity of human life demanding erring on the side of reducing threats to human life how many times he has spoken out against the murder of babies in the womb. Pastor Schenck should disclose how many times he has stood against abortion or if he buys into the secular humanism thought process that women have a right to choose. Pastor Schenck should definitely provide some spiritual revelation on whether doctors who do the actual murdering of babies in the womb are excused through Scripture.

What changed Pastor Schenck’s mind was seeing the after-effects of gun violence firsthand. My question is, how is death from gun violence any different from death by knife violence or baseball bat violence or tire iron violence? Violence is violence. The only difference is when one has their safety threatened and responds with appropriate force that is considered self-defense. The one threatening another’s safety is intent on harming that individual with violence in the commission of a crime. Under the law, self-defense is recognized while violence committing a crime is not. It is God’s law and man’s as well.

In closing his article, Schenck had this to say:

I won’t be silent on this issue. The Christian gospel should quell our fears and remind us of our Christ-like obligation to love all people, even those who intend us harm. This generous view of the world calls us to demonstrate God’s love toward others, regardless of who they are, where they come from or what religion they practice. Assuming a permanently defensive posture against others, especially when it includes a willingness to kill, is inimical to a life of faith.

The impulse to protect oneself is natural, especially after terrorist attacks. But evangelicals must be careful that the noble language of self-defense is not used to cloak a more insidious lust for revenge. St. Paul wrote to persecuted Christians, “Do not take revenge, my dear friends, but leave room for God’s wrath, for it is written: ‘It is mine to avenge; I will repay.'” We must turn away from our fears, base human instincts and prejudices, and turn toward the example of Jesus in word and deed.

Pastor Schenck surely cannot believe that Christians bearing firearms do not love people, “even those who intend us harm.” Demonstrating God’s love towards others means more than “hugging, touchy, feely, let me only say things that make you feel good” speeches. Demonstrating God’s love also means speaking the truth about God’s Word, relaying the Word of God that tells us what is evil in his eyes, helping others to see their wickedness through sharing of God’s Word, holding those accountable who violate God’s laws and standing up to defend God’s word, fighting in his army against the throes of evil. It means being ready and prepared at all times, through walking with God, to do what God commands. This is not taking a “defensive posture against others” or just being ready to kill. It means having faith in God to guide you to know when it is time to defend yourself or not. This is certainly “inimical to a life of faith.” And it is certainly conveyed through God’s actions and the sacrifice of His only Son, Jesus Christ, that man has a right to life in this one and hope for Eternal Life the next.

It is not revenge, as Pastor Schenck tries to convey to Christians to convince them to turn away from God’s gifts of inherent rights, including the right to life. It is honoring God’s commandments to keep His Holy Laws and defend against those who would seek to lead God’s children into darkness.