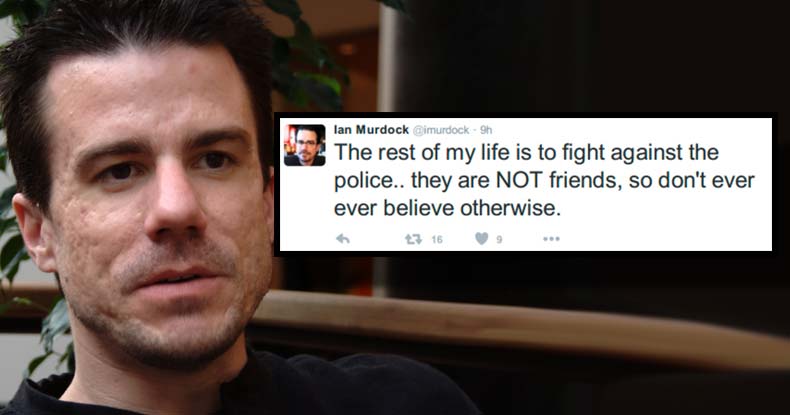 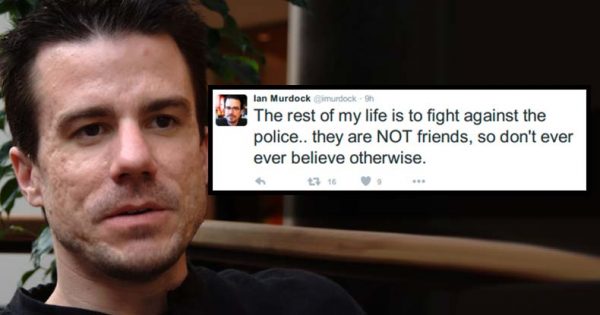 San Francisco, CA – 47-year-old software engineer, Ian Murdock recently died under suspicious circumstances after he went public about a police encounter that left him hospitalized. On Saturday, December 26, Murdock was unlucky enough to be walking down a street where the police were searching for a robbery suspect.

According to Murdock, he was approached by police after knocking on a neighbors door. The police suspected Murdock of being a burglar and questioned him, but apparently during the conversation, he was not compliant enough with the officers which resulted in him being assaulted and arrested by them.

The police say that Murdock was drunk and resisted arrest, but being drunk is not a crime and if he did not commit a crime they had no right to attempt to arrest him.

The police said that Murdock banged his own head accidentally. Police also say that he was taken into custody to prevent him from hurting himself. He was booked for assaulting an officer, but none of the officers on the scene reported any injuries.

After his release, Murdock went on his Twitter page and spoke out against the police brutality that he experienced. He also threatened to kill himself in the strange series of tweets.

Murdock promised to put more information about his arrest and his assault on his website before committing suicide, but oddly enough his blog was never updated.

Murdock’s firm “Docker” released the following statement after his death:

Debian was one of the first Linux distros to be forged, and it is widely regarded as a one of the most successful open-source projects ever launched. Ian helped pioneer the notion of a truly open project and community, embracing open design and open contribution; in fact the formative document of the open source movement itself (the Open Source Definition) was originally a Debian position statement. It is a testament to Ian’s commitment to openness and community that there are now more than 1,000 people currently involved in Debian development.

In the past decade, Ian’s contributions to the tech community continued, as CTO of the Linux Foundation, as a senior leader at Sun Microsystems (including serving as Chief architect of Project Indiana); and most recently as Vice President of Platforms at Indianapolis-based ExactTarget, which became part of Salesforce in 2012. We consider ourselves lucky to have known Ian and worked with him. He amazed everyone whom he worked with for the depth of his thinking, passion and experience. He was truly brilliant and an inspiration to many of us; his death is a loss to all whom he has known and touched.

While it is assumed that Murdock did indeed kill himself as he said he would, an official cause of death has not been announced in his case. It is also not clear what his actual motive was and if it was related to his arrest. Murdock left behind a wife and child.