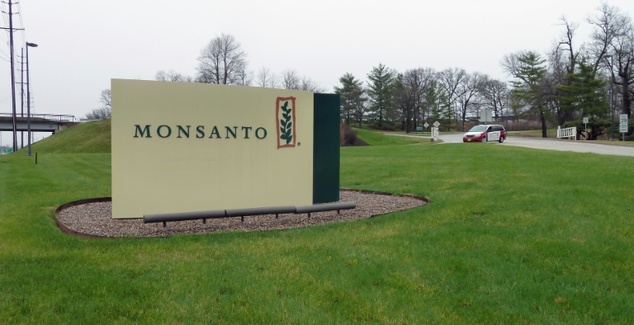 St. Louis, MO —Agrichemical behemoth Monsanto plans to cut an additional 1,000 jobs to compensate, in part, for a slump in sales of its genetically-engineered corn seeds. The seeds led to a first quarter loss of $253 million — which, on the whole, represents a 17% drop in revenue.

“Monsanto has struggled in recent quarters to deal with slumping corn prices in the U.S., which have reduced demand for its best-selling product: genetically-enhanced [read: modified] corn seeds,” reported ABC News. “Farmers are shifting more acres to other crops after surpluses of corn and other crops, including wheat, have squashed commodity prices.”

In fact, Monsanto’s sales have fallen roughly 20% over the past year — perhaps indicative of the growing backlash against both its ubiquitous, genetically-modified crops, as well as the glyphosate-based Roundup required to treat them. These financial hits mean the mega-corporation has been forced to restructure at a cost of between $1.1 billion and $1.2 billion — and together with the previously announced layoff of 2,600 people, Monsanto will now be trimming a full 16% of its total staff.

As Bloomberg reported: “Monsanto is facing the first drop in its annual earnings in six years as prices decline for its Roundup herbicide” and “lower crop prices curb farmers’ purchases of the newest genetically modified seeds.

Monsanto appears to be in a bit of trouble, despite its CEO, Hugh Grant’s claims that  the restructuring has to do with meeting profit goals. European and North American farmers simply aren’t buying the chemically-dependent seeds, particularly since the World Health Organization categorized glyphosate as “probably carcinogenic” to humans — meaning it probably causes cancer.

In comparison to the same period last year, Monsanto’s revenue declined in every product category except GM soybeans.