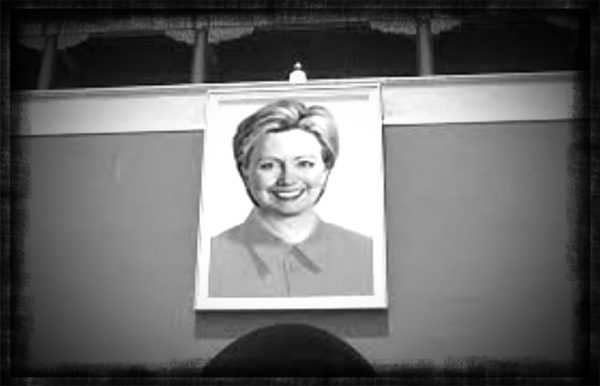 The White House, Washington, DC, the Department of (In)Justice, and both chambers of Congress were are all in a dizzy tizzy Tuesday morning as Hussein Soetoro (yes, this is intentional since he has morphed into a dictator) was set to unveil his unilateral, illegal, unlawful and unconstitutional gun control actions — first in the move toward confiscation. Presidential candidates in both parties were preparing to address this move. Outspoken GOP presidential candidate Donald Trump has firmly established his stance.

In a firm challenge, Donald Trump conveyed to Democratic presidential candidate, Hillary Clinton to have her secret service detail disarm themselves since guns do not keep one safe.

“Hillary said that guns don’t keep you safe. If she really believes that she should demand that her heavily armed bodyguards disarm quickly,” Trump said Sunday in a Twitter post.

Since Hillary Clinton became First Lady in 1993, she has had the luxury of 24/7/365 secret service protection — heavily armed secret service agents. However, the female Mao Tse Tung has long favored gun control for the average citizen. This last October, “Hil-Tse Tung” pledged to take executive actions, if elected president, to restrict gun sales and those individuals considered dangerous. As expected, the government will determine the definition of “dangerous” and how it applies to the average citizen.

Donald Trump indicated he would “immediately” veto or “unsign” any executive action taken by Hussein Soetoro that infringed on the Second Amendment.

Appearing on CBS’s Face the Nation, Trump said, “I don’t like it. I don’t like anything having to do with changing our Second Amendment. We have plenty of rules and regulations.

The issue is simple, short and sweet. People, not inanimate objects, are the problem. If criminals could be controlled with laws, the murder rate would be zero. Even capital punishment is not a deterrent.

As these other “experts” debate the gun control legislation already enacted, discuss “statutes” implemented by the Bureau of Alcohol, Tobacco and Firearms (BATF), and speculate on the ability of Hussein Soetoro’s unilateral, unlawful, illegal and unconstitutional actions to withstand judicial scrutiny, they cannot see the simple answer to any of these actions.

A well regulated militia, being necessary to the security of a free State, the right of the people to keep and bear arms, shall not be infringed — Second Amendment of the Constitution of the united States of America.

Hil-Tse Tung, as well as other communist/socialist liberals and members of Congress, are hypocrites to the teeth. Law enforcement, the secret service, and the military will be the only members of society to have firearms if this continues. However, members of Congress, the president, vice president, and former presidents and first ladies, will continue to have armed guards while “we the people” are left defenseless against criminals and a government seeking ever more power and control over the citizenry.

The next eleven months will test our citizens greatly. Sides will form and everyone will have to decide on which side of the fence to stand. No matter what the actions Hussein Soetoro institutes, those actions will be criminal, illegal, unlawful, unconstitutional and deserving of impeachment.