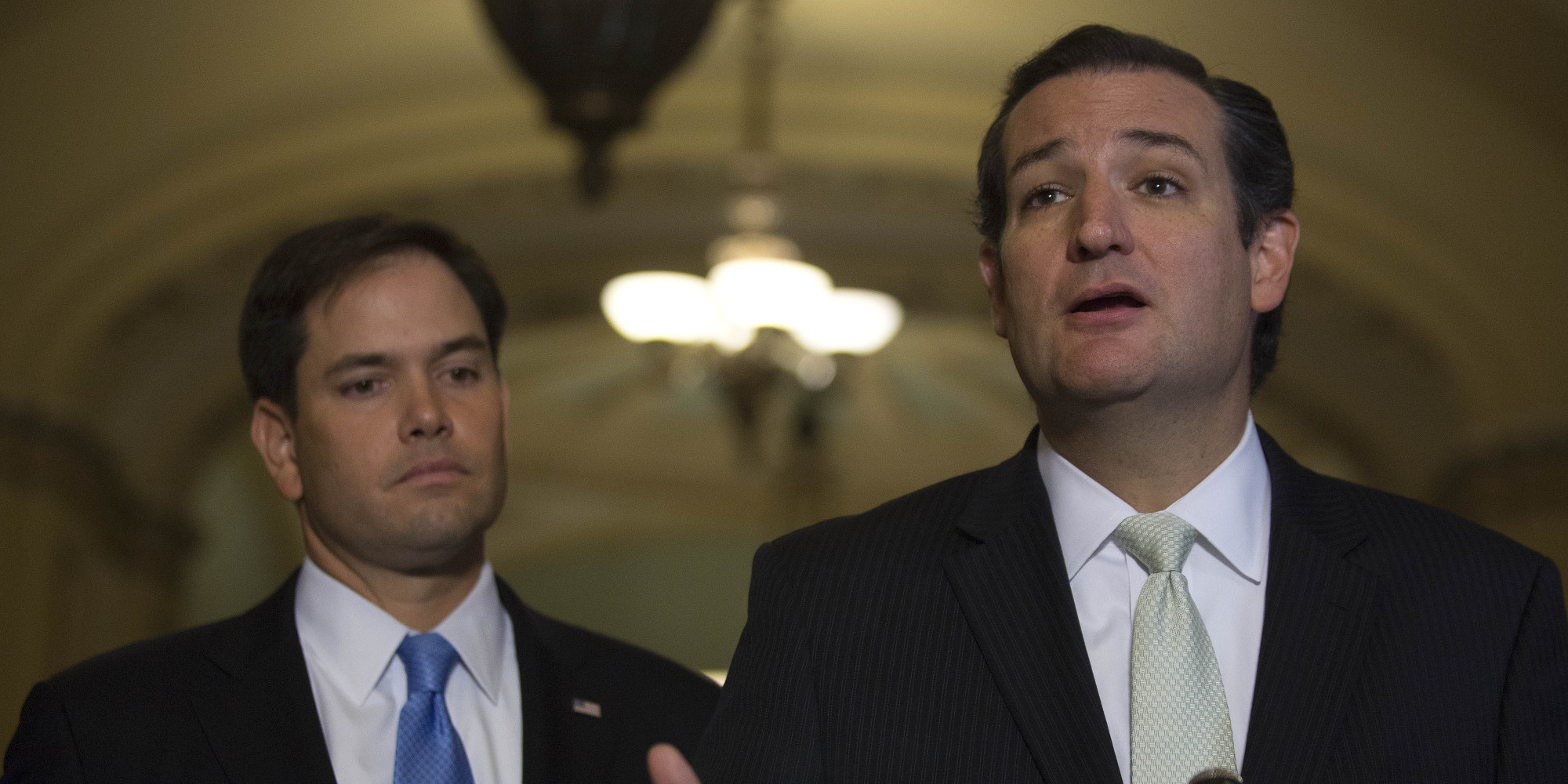 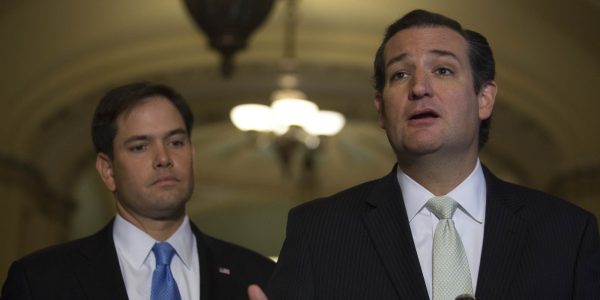 As we’ve covered before, both Senators Ted Cruz (R-TX) and Marco Rubio are both constitutionally ineligible for the office of President under the Constitution’s demand that a person must be a natural born citizen. A lawsuit was filed in November that seeks to remove both men from the ballot.

The complaint was filed by H. Brooke Paige in the H. Brooke Paige vs State of Vermont Secretary of State James Condos lawsuit. Paige has no attorney, but has put forth the argument in a 45 page document and currently seeking signatures to get on the primary ballot.

Interestingly enough, Cruz was never challenged when he ran for Senate in 2012 and he never disclosed that he was a citizen of Canada during that time, an act some have said is a commission of fraud under both Texas and US Election law.

According to Dr. Rich Swier, “No one can say for certain, but I think it is a very fair guess, that had Ted Cruz disclosed to Texas voters in 2012, that he had always been and remained at that time a legal citizen of Canada, his Republican opponent, Lieutenant Governor David Dewhurst, would have won that race and become the next U.S. Senator from Texas.”

Are we really to believe number 2? “I guess anyone can simply send in a form and get on a ballot for any office no matter who they are or even if they meet requirements for that office. Unfortunately no one challenged Cruz here in Texas,” writes Kidd. “This one got by most of us: Ted Cruz is in the U.S. Senate Illegally?”

While many understand that Marco Rubio is nothing more than an anchor baby (except for people like Trey Gowdy), for some Ted Cruz is a bit of a different animal. They like many things he has said and his stands on certain issues. I have been one of them. However, the fact is that according to documents that Congress issued within two years of the Constitution, we know that one must have parents (plural) who are citizens in order to be considered natural born citizens.

Most of the time, I fail to hear any real argument to the eligibility of Rubio, but Cruz is a different story. The line goes similar to those who cover for Barack Hussein Obama Soetoro Sobarkah that his mother was a citizen and yada, yada, yada. But I reject that just as I do Cruz. Others claim, “Well if Obama can do it so can we.” As if one lawbreaker is license for you to break the law! Fools! One man’s lawlessness does not justify continuing to ignore and violate the Constitution just because the guy wearing your team’s jersey is doing it!

These people do the same two step that Cruz did in an encounter with Texas Tribune’s Patrick Svitek, in which Svitek said, “I’m sure you’re aware that the Constitution requires the president to be a natural-born citizen, Don’t get this wrong – I’m supporting your candidacy – but I hope this doesn’t become an issue for you.”

“I have never breathed a breath of air on the planet Earth where I was not an American citizen,” Cruz responded.

Did you catch that? It’s sort of like, “It depends on what the definition of ‘is’ is.” Cruz did not admit to being a natural born citizen, but to being an American citizen. Well, so is every naturalized citizen. So?

I discovered a great piece by Bruce McKay in which he writes:

There’s ample indication, however, that members of the US Supreme Court have consistently taken the position that foreign born children of US citizens who acquire their citizenship by means of Congressional enactments are considered by members of the Court to be “naturalized citizens.”

“In the case of Montana v. Kennedy, the facts of the case were that Mauro Montana was born in Italy in 1906 to a father who was an Italian citizen and a mother who was a native-born US citizen,” writes McKay. “His mother brought him to the United States the year following his birth, he was never naturalized, and he resided in the US until he was ordered deported as an alien. His case came before the Supreme Court in 1961 which held that Mauro Montana was not a US citizen.”

He then wrote, “By contrast, in the case of Rogers v. Bellei, the facts of the case were that Aldo Bellei was born in Italy in 1939 to a father who was an Italian citizen and a mother who was a native born US citizen. Further listed as a fact in the case opinion was that he ‘acquired United States citizenship at his birth under Rev.Stat § 1993, as amended by the Act of May 24, 1934, § 1, 48 Stat. 797, then in effect.’ (The issue before the Court was whether Bellei was subject to losing his citizenship because he hadn’t fulfilled the statute’s residency requirements, but the point is that the Court considered him to be a citizen.”

The only difference between the two individuals was the Rev. Stat § 1993 that passed in 1934 and allowed for transfer of citizenship to be conferred to children of US citizen mothers. Previously, it had only allowed fathers to transfer citizenship.

McKay goes further to point to another case in a lengthy discourse that is worth the read. However, he comes to the conclusion that Cruz acquired his citizenship in a similar manner to Bellei.

And this is what both of these men are up against. If the people had dealt with the usurper-in-chief instead of, in the infamous words of Oklahoma Representative Markwayne Mullins, not “giving a sh*t,” then we would not be at this crossroads where people who claimed to be Constitutional are more than willing to violate the Constitution so their guy can get in. It’s complete lawlessness!

I think Paige will have a pretty good stand in all of this, since there is a clear presentation of what is a natural born citizen.