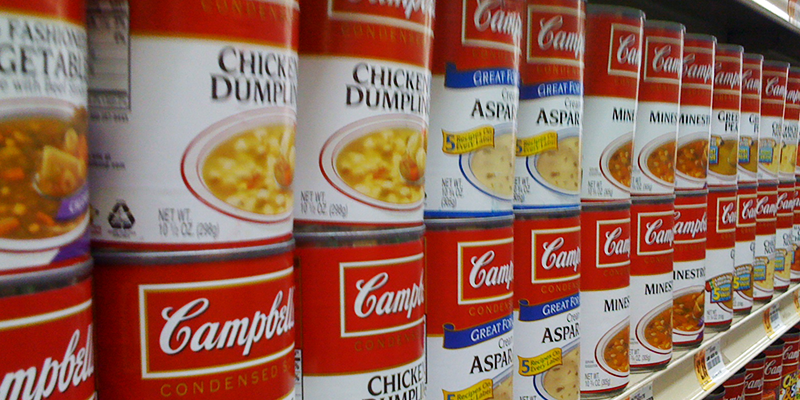 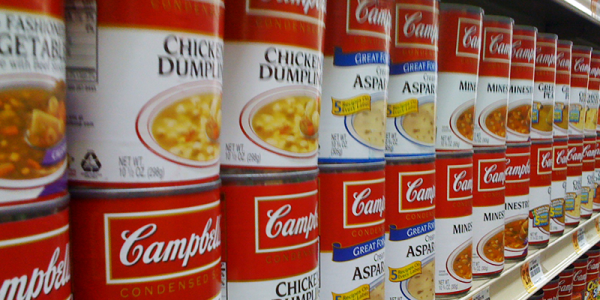 “Knowing what’s in our food is a basic right.”

Campbell Soup’s announcement that it will become the first U.S. company to begin labeling genetically modified organisms (GMOs) in its products garnered accolades on Friday from food and safety groups, who heralded the development as a “significant win” for transparency.

“The decision by Campbell’s sends a clear message to Monsanto and the Grocery Manufacturers Association which have spent hundreds of millions of dollars to defeat GMO labeling laws,” Ronnie Cummins, the international director for advocacy group Organic Consumers Association, said in a statement.

Campbell made the announcement on Thursday, declaring its support for “mandatory national GMO labeling.” In addition to disclosing GMOs — from corn to soy — the company said it will also “advocate for federal legislation that would require all foods and beverages regulated by the Food and Drug Administration (FDA) and the U.S. Department of Agriculture (USDA) to be clearly and simply labeled for GMOs.”

“As a result of its decision to support mandatory national GMO labeling, Campbell will withdraw from all efforts led by coalitions and groups opposing such measures,” the company said.

Campbell did, however, state that GMOs are safe, raising objections from some.

“Ultimately we would like to see Campbell’s source only organic ingredients, from suppliers that use organic, regenerative farming practices,” said Cummins. “And we disagree with the company’s claims that GMOs are safe, especially given that about 85 percent of GMO crops are grown with Monsanto’s Roundup, which contains glyphosate, a probable carcinogen, according to the World Health Organization.”

“But,” Cummins added, “we congratulate the company for being the first major brand to provide transparency around GMO ingredients.”

The company’s announcement marks a shift from its former policy. Campbell, in fact, was previously targeted by a boycott after brands under its umbrella donated large sums of money to defeat GMO labeling initiatives in different states.

According to a poll released in June 2015 by ABC News, 92 percent of people in the U.S. believe that the “federal government should require labels on food saying whether it’s been genetically modified, or ‘bio-engineered’ (this poll used both phrases).”

What’s more, the company’s announcement comes ahead of a GMO labeling fight in Congress later this month.

Gary Ruskin of the watchdog group U.S. Right to Know told Common Dreams that the soup company’s recent announcement comes at “a time when we’re winning.”

“This is a crack in the wall, the first major food company that has broken with the industry opposition to GMO labeling,” Ruskin added. “It’s going to make every other major food company look stupid and put pressure on them to follow suit. Knowing what’s in our food is a basic right.”