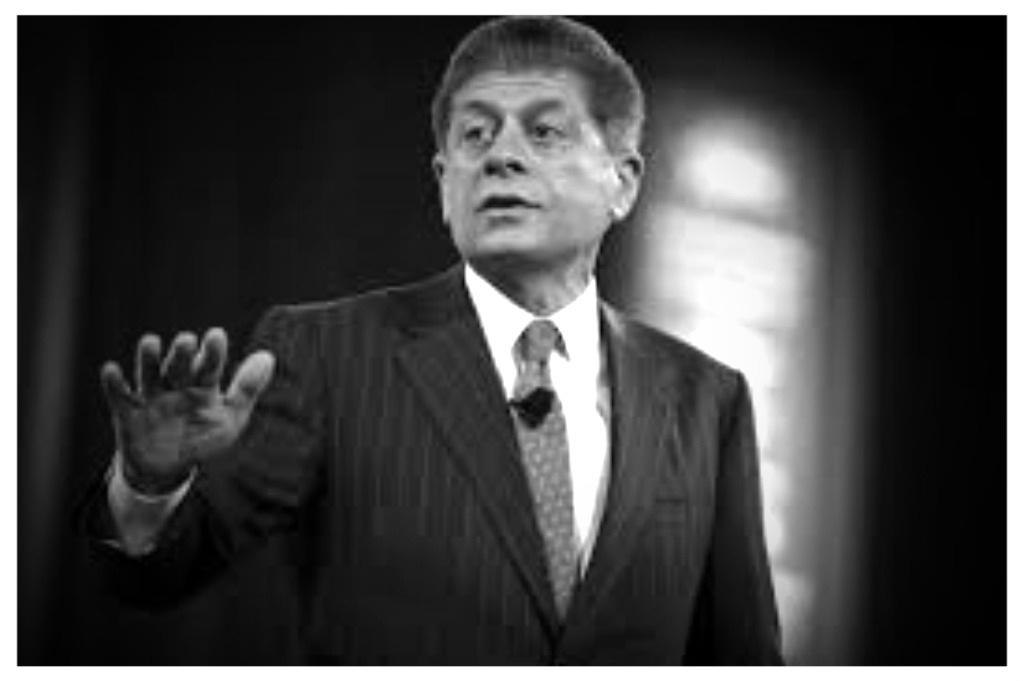 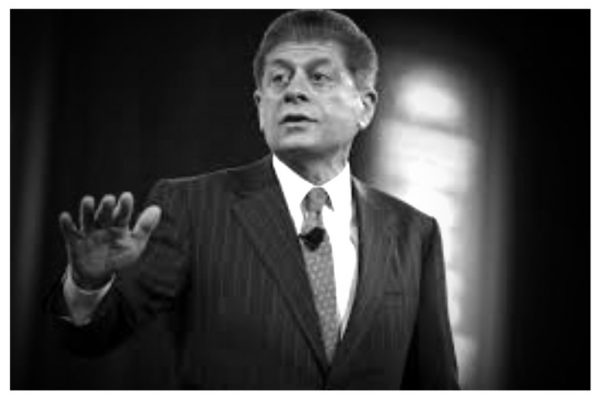 Recently, Judge Andrew Napolitano was interviewed regarding the new unconstitutional fiat executive order he issued earlier this week. According to Napolitano, Obama just usurped his authority to impose something that Congress has rejected on three different occasions.

“Some of what the president did is well within his authority,” began Napolitano. “Can he hire more FBI agents? Yes. Can he dedicate more discretionary funds to mental health issues? Yes.”

OK, stop right there. Personally, I admit that I like Judge Napolitano, but I ask, where in the Constitution is the central government to be dealing with mental health issues at all? I certainly don’t remember reading it in the enumerated powers of Congress, which is the Legislative Branch. Therefore, since no law can be written or spending approved for such, then no enforcement from the Executive Branch can take place.

“Can he broaden the database of information to what is accessed in doing background checks? Yes,” said Napolitano.

Again, I pause here to say that while the central government may have the information and may pool it, I have to ask in the Constitution where it is that they can make individuals go through background checks for arms? The Second Amendment is clear. Keeping and bearing (and I might add that preceding that is obtaining) arms is a God-given right to law-abiding citizens.

However, Napolitano pointed out the most significant thing that Obama will attempt to do is create a new crime.

This is absolutely a tyrannical move. There is no doubt about it. This is an open attack on freedom loving, gun owning and selling Americans.

“If you transfer the guns, as a gift, without a federal license, you can be prosecuted,” Napolitano added. “Why is that troublesome? Because Congress, three times, rejected that proposal.”

“So, he is attempting to rewrite laws,” the judge pointed out. “Look, if he doesn’t like the gun laws, he can argue to people to get your representatives to change them, but he can’t change them on his own.”

The problem is that any and all federal gun laws are unconstitutional. Therefore, every single one of them should be ignored and repealed, not changed. At least, that is how the Second Amendment acknowledges God-given rights to keep and bear arms.

Of course, FOX News host Gretchen Carlson pointed out that Administration’s lack of convictions regarding weapons.

Those figures were provided by the Department of Justice. On top of that, Ben Swann recently reported:

In 2013, Obama, outlined 23 executive actions aimed at amping up prosecutions of federal gun laws. Yet, that same year in 2013, President Obama’s Justice Department began slowing down on prosecutions for gun violations. That was according to a study done by Syracuse University.

In fact, according to the university’s TRAC (Transactional Records Access Clearinghouse) reports, prosecutions in 2013 were lower than 2012. Gun crime prosecutions were even lower in 2014 and actually hit an all-time low for the Obama Administration in 2015.

So how much of a drop are we talking here? That is a 15.5 percent drop in federal gun prosecutions between 2010 and 2015. What’s more, it is significantly lower, a 34.8 percent drop between Obama and the justice department under President George W. Bush in 2004.

Maybe even more surprising, you heard Obama talk about Chicago and Newtown when he became emotional, well get this:

This was further admitted to by Vice President Joe Biden in 2013 when he openly admitted, “We simply don’t have the time or manpower to prosecute everybody who lies on a form, that checks a wrong box, that answers a question inaccurately.”

Then what good is more laws?

Since Obama has not done his job, why then has he not been impeached? The answer is simple for those who have eyes to see. There are too many compromised men in Congress who are thinking more about power, money and re-election than doing their duty under the Constitution.

This is the essence of the problem. Barack Hussein Obama is not only ineligible to perform the duties of president, but he has not performed those duties. Therefore, the only answer to any and everything coming out of the White House is an emphatic “No” and for Congress to remove the man from office.