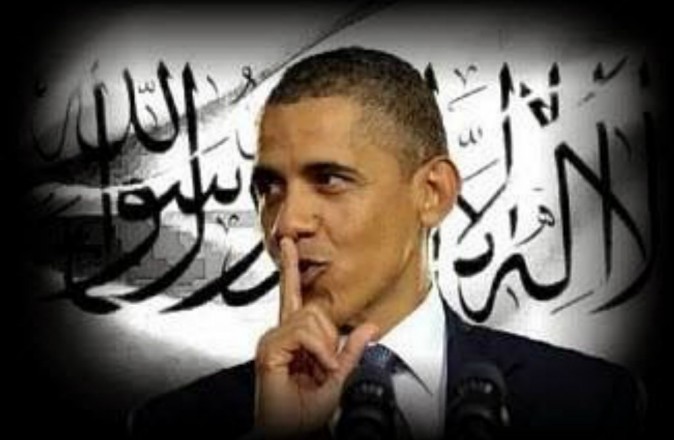 Following the discovery of a Muslim terrorist cell in Texas operated by an Iraqi who entered the U.S. as a refugee, it has been revealed that an additional 41 individuals who have been implicated in terrorist plots in the U.S. since 2014, bringing the total number of Muslim terrorists discovered in that time to 113.

Washington Free Beacon Since August, however, the Obama administration has stonewalled Congressional efforts to obtain more detailed immigration histories of these individuals.

The disclosure of these additional 41 individuals linked to terror operations—many already identified as immigrants, others’ immigration histories shrouded in secrecy—has stoked further concerns about flaws in the U.S. screening process and is likely to prompt further congressional inquiry into Obama administration efforts to withhold details about these suspects, sources said.

As the number of legal immigrants connected to terrorism continues to grow, the Obama administration has sought to quash congressional inquiries and rally its allies behind an effort to fund efforts to boost the number of immigrants and refugees from the Middle East.

Many of these immigrants have been caught by authorities planning terrorist attacks on American soil, while others were found to be involved in efforts to provide funding and material to ISIS, according to an internal list of migrant terrorists codified by congressional sources and viewed by the Free Beacon.

“A growing number of foreign-born terrorists are being identified operating within the United States, and yet the Administration will not provide any information about their immigrant histories,” said one senior congressional source apprised of the issue. “And one can only imagine that for every identified terrorist, there are many more individuals around them who are radicalized, extreme or otherwise detracting from American society in ways beyond the threat of terrorism alone.”

On Thursday, the Justice Department accused two Iraqi refugees legally in the U.S. of conspiring to provide support to ISIS.

Omar Faraj Saeed Al Hardan, a 24-year-old Palestinian born Iraqi refugee who had been living in Texas, was charged with aiding ISIS. The man had been granted legal permanent residence in Houston in 2011, though it was later determined that he “swore untruthfully on his formal application when applying to become a naturalized U.S. citizen,” according to the Justice Department.

Aws Mohammed Younis Al-Jayab, also a Palestinian born Iraqi, allegedly “traveled overseas to fight alongside terrorist organizations and lied to U.S. authorities about his activities,” according to the Justice Department.

Al-Jayab entered the U.S. as a refugee in 2012 and later travelled back to Syria, where it is believed that he resumed “fighting with various terrorist organizations,” according to the charges.

Additional information viewed by the Free Beacon outlines another 20 previously unknown individuals brought up on similar terrorism-related charges in 2015 alone.

Those who have been charged were legally residing in the U.S. after entering from countries such as Egypt, Uzbekistan, Albania, Pakistan, and Syria, according to information provided by Congressional sources.

“The terrorism-related arrests of two more Iraqi refugees on American soil proves once again our screening process is weak and needs to be updated,” Sen. Mark Kirk (R., Ill,) said in a statement Friday.

With incidents and indictments of this nature continuing to rise, critics of the Obama administration’s immigration policy are expressing concern about a last-minute funding effort in 2015 to fully fund refugee resettlement and visa programs.

These priorities, which were granted full funding as part of a yearly spending bill approved by Congress last year, will permit around 170,000 new migrants from Muslim-majority countries to enter the United States in 2016, according to the Senate’s immigration subcommittee.

“The omnibus gave the green light for the administration to continue this failed immigration policy over the objections of the electorate,” the senior Congressional source quoted above said.

“Preventing and responding to these acts is an effort encompassing thousands of federal agents and attorneys and billions of dollars: In effect, we are voluntarily admitting individuals at risk for terrorism and then, on the back end, trying to stop them from carrying out their violent designs,” Sen. Jeff Sessions (R., Ala.) warned last year as Congress considered the spending bill.