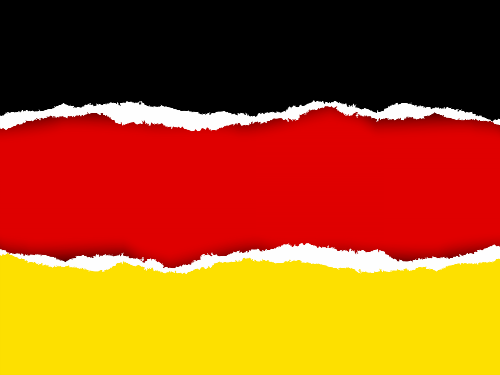 As time goes on, Germany is rapidly turning into a textbook example of how multiculturalism works in the real world. Unfortunately, it is one of many different examples. The rank and file of the politically correct progressives, simply can’t wrap their minds around a very simply concept. When you place two or more vastly different cultures under the same roof, sparks will fly. It’s inevitable. If you look at any nation in world with more than one culture within its borders, you will see violence.

Some nations manage to keep these social pressures under control, and only experience brief bouts of crazed violence. Others frequently find themselves broiled in sectarian violence and civil wars. There are a few exceptions to this rule, such as Canada or Switzerland. However, their largest ethnic groups still have a shared European history, and they are economically prosperous.

When everyone has the ability to succeed in these societies, sectarian tensions fall by the wayside. The moment you take that prosperity away, or if the cultures in question are simply incompatible, they will fight each other at some point.

The million plus refugees that have arrived in Germany over the past year, fall under both of these categories. They will be neither prosperous nor compatible. If previous immigrant groups are any indication, such as the migrant wave of Turks that arrived on work visas several decades ago, then this new batch of refugees will be a massive of failure. There are 3 million Turks living in Germany, many of them second or third generation. They are largely poor, uneducated, dependent on welfare, and restricted to self-imposedurban ghettos. By and large they have failed to integrate or adopt German culture in any way.

If history shows us anything, it’s that this cannot continue forever, especially with how low the birth rate is for native Germans. These two cultures will clash at some point, and it will happen sooner rather than later, now that a new generation of migrants has arrived. In any case, the culture of these refugees isn’t the only problem. The gender ratio of these people should be setting off alarm bells in the minds of every native German citizen. Even the New York Times has admitted that this is going to end in disaster.

With the current migration, though, we’re in uncharted territory. The issue isn’t just that immigrants are arriving in the hundreds of thousands rather than the tens of thousands. It’s that a huge proportion of them are teenage and twentysomething men.

In Sweden, for instance, which like Germany has had an open door, 71 percent of all asylum applicants in 2015 were men. Among the mostly-late-teenage category of “unaccompanied minors,” as Valerie Hudson points out in an important essay for Politico,” the ratios were even more skewed: “11.3 boys for every one girl.”

As Hudson notes, these trends have immediate implications for civil order — young men are, well, young men; societies with skewed sex ratios tend to be unstable; and many of these men carry assumptions about women’s roles that are diametrically opposed to the values of contemporary Europe.

I’ve actually touched on this subject before when China loosened its one child policy in October. Anytime you have a society with a skewed gender ratio that leans towards men, you will have an incredibly unstable society. The men who can’t find a wife and settle down, become a part of a permanent underclass of drifters and criminals who usually wind up rebelling against the status quo, and typically in a violent manner. Germany has a microcosm of that with the arrival of over a million migrants, the majority of who are young single men.

Germany can allow these men to bring wives and have families. That would stabilize the situation, but only briefly. Doing so may lead to a future where about half the population is from the Middle East. Just imagine it. A society where one half is secular, hardworking, and German-speaking, and the other half is Muslim, poor, and dependent on welfare. Gee, I wonder if there will be any resentment? And I wonder what that resentment will turn into when that society inevitably faces total financial collapse? Violence perhaps?

Of course, there is the final option. Send all these people home, or at the very least, send the young single males home. Considering how these guests have behaved so far, I can only imagine what they will do when you try to deport them en masse. What will happen when you get hundreds of thousands of poor, irate, and entitled young men with recent experiences in a war zone, pull them out of the comforts and pleasures of Western society, and threaten to send them all back to their shattered home nations?

One way or another, Germany has just dug itself into a whole that it will literally have to fight its way out of. The day is rapidly approaching, when Germany will be torn apart by ethnic civil strife and war.