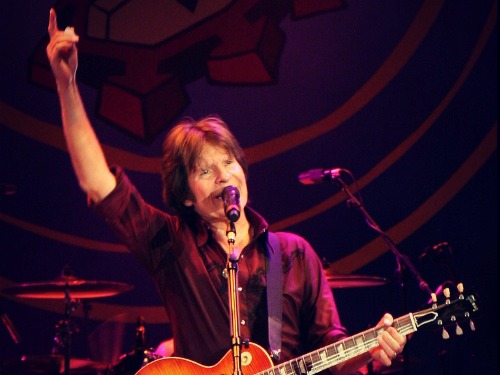 Former lead singer and guitarist for CCR John Fogerty recently said in an interview that the “jungle” he’s singing about in the band’s 1970 hit “Run Through the Jungle” is not Vietnam.

“The thing I wanted to talk about was gun control and the proliferation of guns,” Fogerty said. “I think my first experience as a kid was hearing about the fellow that climbed up in the Texas tower and was able to kill several people on the campus.”

The Texas Tower shooting, which occurred August 1, 1966 when a heavily armed, 25-year-old Charles Whitman climbed the UT campus tower and started sniping people, has been described as the first time the nation was introduced to the terror of a seemingly random mass shooting in a public place. It has also been called into question as a potential false flag for gun control legislation. A month later, President Lyndon B. Johnson was calling on Congress for gun control legislation in response to the shooting. On October 22, 1968, Johnson signed the Gun Control Act into law. SWAT teams were also created after and as a response to this incident. Still others have suggested the tower killing was a message to LBJ regarding the Kennedy assassination. Still others have said Whitman is the nation’s first lone wolf mass shooter and his killing spree in 1966 is when random mass gun violence truly began in America.

Back to the oh-so-timely interview with Fogerty, he continues before citing a bunch of gun stats:

“On through the years, of course, we’ve seen more and more of this sort of event,” the singer continued. “One is just as wacky or crazy as the other. When we sometimes think we have a handle on why this person did something, then another one comes along that’s a complete departure.”

Fogerty’s new gun control admission about “Run Through the Jungle” that comes just after President Obama announced more gun control executive action has prompted some people to ask: how much is the gun control lobby paying you Fogerty to suddenly come up with and publicize this supposed angle about a 46-year-old song everyone thought was about Vietnam all these years?

Here’s the song below, which someone set to footage of, you guessed it, Vietnam.

By the way, in December, gun rights activists held a mock mass shooting at UT campus to make a statement on how easy it is to become a victim in gun-free zones: