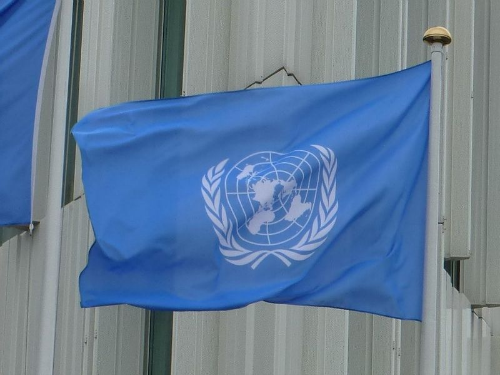 Though it hasn’t seen much circulation in the American media, the rest of the world has been thoroughly appalled by a string of sexual abuse cases stemming from a UN peacekeeping mission in the Central African Republic. Over the course of 14 months, employees of the mission have been accused of sexual abuse or exploitation on 22 separate occasions.

Shortly after Ban Ki Moon issued a zero tolerance policy on sex abuse, and only a month after the UN released a report that claimed“the credibility of the UN and peacekeeping operations are in jeopardy” from these cases, another incident has popped up. Investigators found that 4 peacekeepers apparently paid girls as young as 13 for sex at a camp for internally displaced refugees.

As if it couldn’t get any more disgusting than that, it cost them as little as 50 cents. The peacekeepers in question were from Gabon, Morocco, Burundi, and France, and it is the first time that the UN has admitted to wrongdoing from their workers in the Central African Republic.

Of course, none of this is really news to anyone who has been paying attention to UN peacekeeping missions over the years. This problem was just as prolific under Kofi Annan as it is now, and there is even a wikipedia page that documents a 1996 UN study on child sexual abuse by UN peacekeepers. In pretty much every country these people show up in, there is an escalation of child prostitution. Keep that in mind in case these globalist armed forces ever show up in your home town.