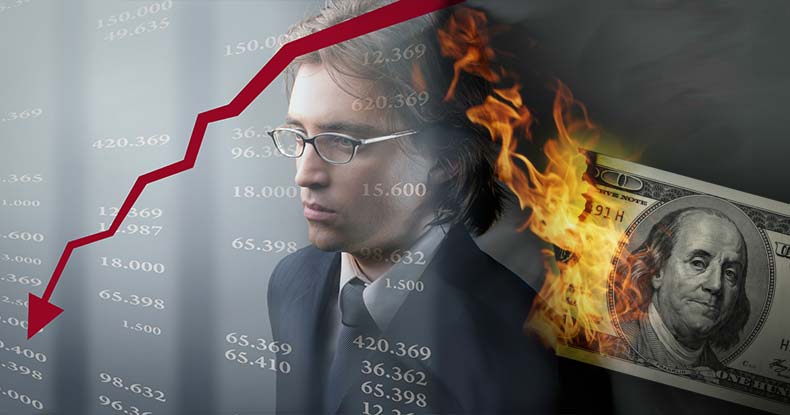 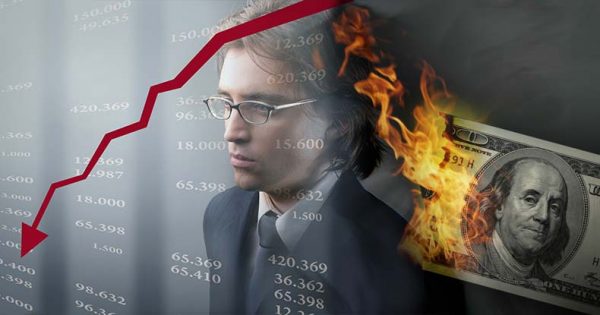 After years of giveaways to mega banks, marketed to the taxpayers as ‘quantitative easing,’ the crutches shoved under the banker-controlled global stock trade are about to snap.

In June of 2015, former Congressman Ron Paul predicted that these crutches would fail, and the financial bubbles created by them would send the stock market into a free fall.

“The consequences will not be minor. Surprises will be many, since we are in uncertain waters and the world has never faced the gross misallocation of capital that exists today. The process is self-limiting. It will come to an end, and it’s not going to be far into the future.”

In an eerily ominous note to its clients, the Royal Bank of Scotland has warned its investors of a “cataclysmic year.” In the note, the RBS said:

“Sell everything except high quality bonds. This is about return of capital, not return on capital. In a crowded hall, exit doors are small.”

Last week, the Chinese market opened in free fall. In an attempt to stave off the collapse, Chinese authorities effectively shut down all trading by the use of so-called ‘circuit breakers.’ On Monday and Thursday of last week, all trading was suspended in the Chinese market. A tell tale sign of things to come.

“I think the world is nowhere close to where our fairly cataclysmic year ahead stands, and feedback from investors suggests such,” RBS’s credit chief Andrew Roberts told investors. “China has set off a major correction and it is going to snowball. Equities and credit have become very dangerous, and we have hardly even begun to retrace the ‘Goldilocks love-in’ of the last two years.”

In the note, Roberts goes on to point out how Quantitative Easing has failed and was expected to fail.

We have been told for 7 years now since the credit crunch, under QE, to borrow money and invest it in one of 3 things: 1) EM 2) credit 3) global equities. This is a big picture, multi-year bet that has been taken, which has worked fine, and stopped working 10 months ago, (this is NOT NEW).

RBS is not the only mega bank to predict a collapse either. Analysts at JP Morgan have advised clients to sell all stocks on any bounce.

“Our view is that the risk-reward for equities has worsened materially. In contrast to the past seven years, when we advocated using the dips as buying opportunities, we believe the regime has transitioned to one of selling any rally,” Mislav Matejka, an equity strategist at J.P. Morgan, said in a report.

On Monday, Morgan Stanley also perilously predicted the price of oil to drop to $20 a barrel in the coming months.

As the Guardian’s Larry Elliott points out:

Markets have been supported for some time by low-interest rates, stimulus measures from central banks including quantitative easing, and hopes of economic recovery. But with the Federal Reserve raising rates and the Bank of England expected to follow suit, that prop is being removed.

Those who pay attention to the effects of central bankers looting their respective countries have long pointed out the mathematical certainty that is an economic collapse.

The collapse of global markets is inevitable as it is a natural correction to the wholesale fleecing of the citizens through the unscrupulous actions of central banks.

The credit and new money, when created by a central bank, is delivered to the market in a political fashion for which the one percent receive special benefits. It allows the pyramiding of debt to fractional reserve banking, which compounds the long-term problems.

It may be fun while it lasts, but it always ends with a crash.