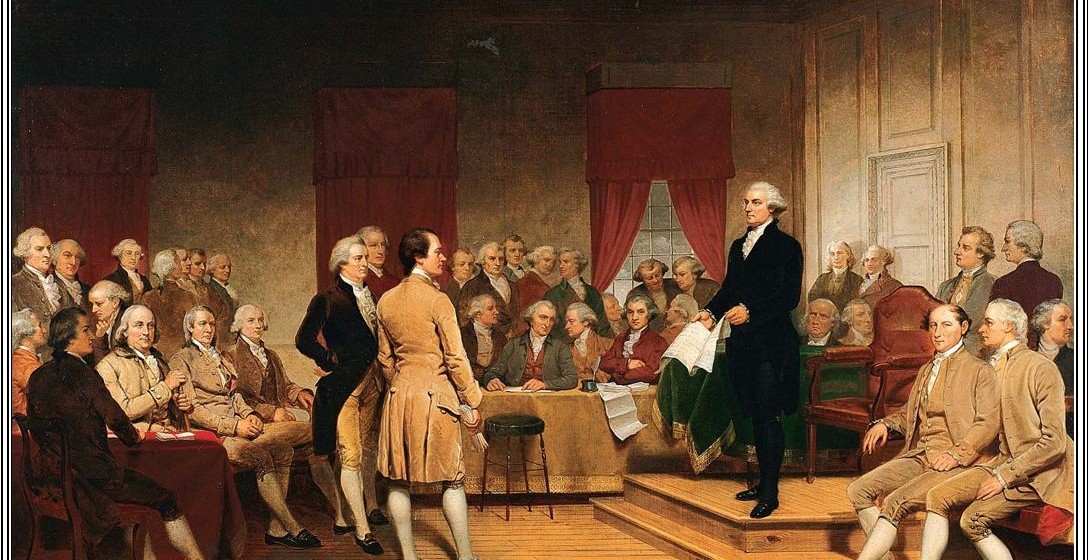 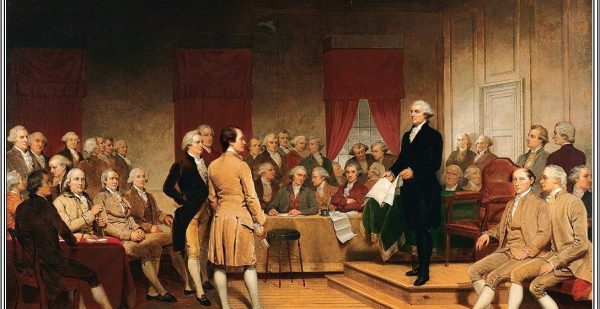 The issue over the idea of natural born citizen is being touted quite a bit leading up to the GOP debate this week and in its wake, too many people are confused and have not looked at what the Constitution says, nor have they taken the time to go back and see how the founders understood the term. They regurgitate what conservative talking heads and such spew out about Supreme Court rulings and cite laws that do not deal with the term natural born citizen. However, the elephant in the room (or the Constitution) that is never addressed is the differences of how there are the apparent differences of citizens in the Constitution itself.

I have alluded to this previously when pointing out that the Constitution specifically addresses in the very qualifications that there are natural born citizens and citizens.

Article II, Section 1, Clause 5 of the US Constitution reads:

Now, there is no question that men like Ted Cruz, Marco Rubio and Bobby Jindal all meet the criteria of being at least 35 years old and have been residents in the States. There is also no question that these men are citizens. The question is, are they natural born citizens?

The other night in the debate, Ted Cruz mixed up natural born citizen and citizen just like he has in the past. However, he’s not the only one that does that. There are lots of people who claim you are either a citizen or a naturalized citizen and there is nothing else that can be added to another kind of citizen, but that’s not what the framers had in mind and it isn’t even what the Constitution presents to us.

First, as has been very eloquently presented by Publius Huldah, the founders had at least three copies of Vattel’s Law of Nations in their possession during the first Constitutional Convention and they made use of it. In that book, it is the first place that we read about a natural born citizen. Vattel writes concerning citizens and natives:

Clearly, Vattel, in defining natural born citizen, would have deemed Obama, Cruz, Jindal and Rubio as those who are not natural born citizens. I really don’t think there is any argument against Vattel on that. However, the question is, does the Constitution follow that thinking? Lo, and behold, it does.

But consider in addition to Article II, Section 1 that deals with the requirement to be a natural born citizen for the President, that there are other requirements for representatives and senators and notice the language:

“No Person shall be a Representative who shall not have attained to the Age of twenty five Years, and been seven Years a Citizen of the United States, and who shall not, when elected, be an Inhabitant of that State in which he shall be chosen.”

“No Person shall be a Senator who shall not have attained to the Age of thirty Years, and been nine Years a Citizen of the United States, and who shall not, when elected, be an Inhabitant of that State for which he shall be chosen.”

Do you notice something that is obviously missing from a requirement of these offices that is in the requirement for President? That’s right, there is no requirement for representatives and senators to be natural born citizens. Rather, the framers simply used the term citizen, as they did in Article II, Section 1. We can also see that they emphasized a length of time one had to be a citizen to hold that office (7 years for a representative and 9 years for a senator).

So, what is the issue, you ask? Clearly, the framers saw, for lack of a better term, “different classes of citizens.” This has nothing to do with diminishing the rights of any citizen, but distinguished who would have the privilege of serving in these offices and who could not.

And lest you think I’m straining at gnats here, understand that the “devil is always in the details,” or in this case, the distinction of natural born citizen and citizen. The framers have even written in such a way to make that distinction. Every other place in the Constitution, only the term citizen is used and I believe it was a clear indication of protecting an office that only one man holds and they wanted to ensure that his loyalties were not divided with dual citizenship allegiances.

My contention in this matter is not about personalities. I have addressed the issue with Obama and now I’m addressing it with those who claim to be on my side. The issue is one of principle. To mix and match citizen with natural born citizen is to undermine the very wording of the Constitution and distinction of those terms for the purpose of holding office.

This article is far longer than I desired it to be already, but I hope that it sets a foundation of understanding that the Constitution presents the two citizens as distinct. I will continue my thoughts on this in a future installment. Stay tuned.