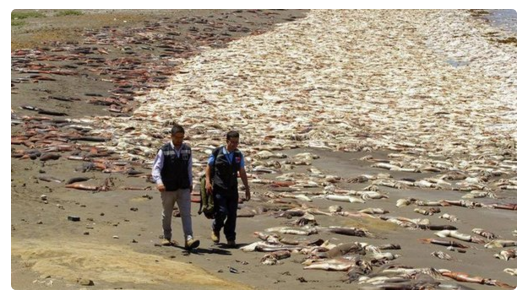 It is being referred to as Cthulhu-geddon.

Squid have washed up on Santa Maria Island off Chile this week in what some have described as biblical proportions. Thousands of dead and dying squid are piled up on the shore. While some squid normally do wash up this time of year, it’s never been in this large of a quantity.

Exact reason for this die-off is unknown, but some experts claim it might be a sudden drop in oxygen content in the water or an increase in water temperatures. They just really don’t know.

Of course, just like all the other mass die-offs up and down the Pacific coast in recent years, no one in any official capacity is pointing to the Fukushima disaster, still dumping tons of radioactive water into the sea as it has been for the last half a decade now just across the globe from Chile. 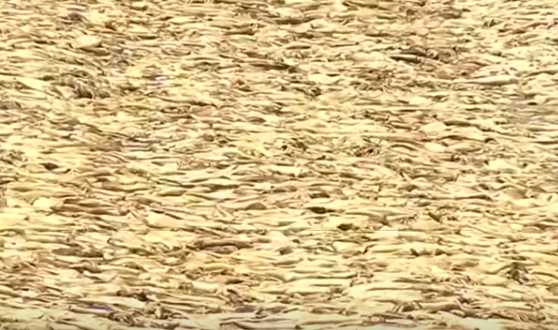