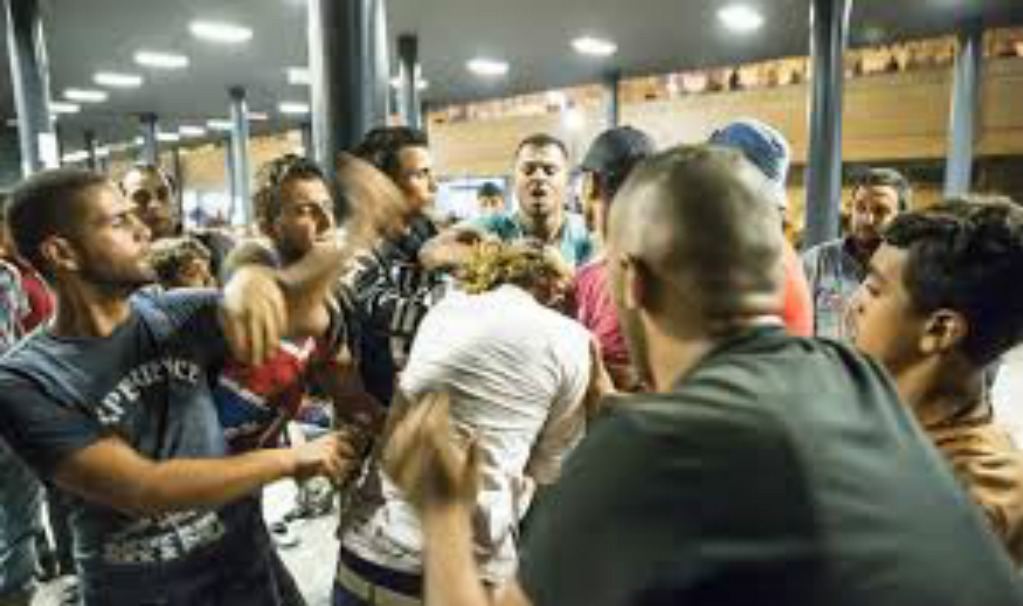 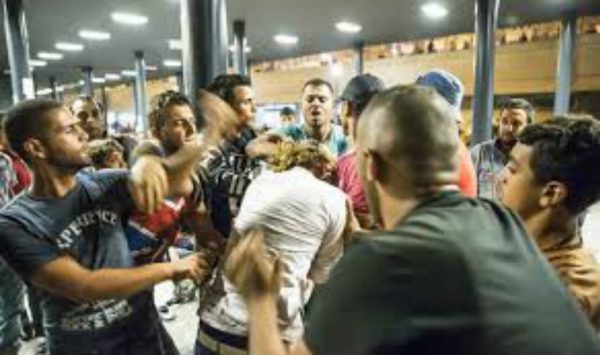 A Hamburg woman works in a reception center for refugees. She tells of her experiences there, and why she is quitting. Once a vocal supporter of the refugee migration to Europe, she has been mugged by reality.

A Hamburg woman works in a reception center for refugees . The mid – 30 -year-old tells how she experienced daily life there – and why she now thinks of quitting .

The refugee crisis is intensifying . Also in Hamburg accommodations , the situation is obviously extremely difficult – the “Welt am Sonntag ” reported on the daily life of an anonymous employee.

“Since autumn of 2015 I have been working as a full-time and permanent employee in a Hamburger initial reception center for refugees. I had applied explicitly for this job, that was exactly what I wanted to do. When I finally had the commitment it in my mailbox, I Was madly happy about it. Finally I was able to not only help in theory, but to really do something for the refugees.

Accordingly, I went in high spirits my first day to the initial reception; I was naturally excited, clear, one is always on the first working day of a the new job, but otherwise I was happy to be there. The colleagues were committed and very nice, but with the refugees I had still no direct contact. I greeted the area enthusiastically and found all was great.

“It is certainly super here”, I thought to myself. In the next few days, I then threw myself totally motivated into my work with up to 1,500 refugees who were housed there. I was responsible for their counseling services as the contact for all social problems of refugees, supporting them in their asylum procedure or securing medical appointments when they needed that.

Then the first refugees came to my office, where I wanted to stop the counseling services – After the first few visits I noted that my very positive and idealistic notion of them and their behavior was clearly different from reality. Of course you should not make generalizations about all refugees under any circumstances, there are many of them who are very friendly, grateful, very willingly integrated, very happy here. But if I’m honest, then the collaboration with 90 percent of those whom I meet is rather unpleasant and unfortunately not as I had thought before.

First, many of them are extremely demanding. They come to me and demand that I immediately give them an apartment and a fancy car and most also want me to procure them a really good job, and I am supposed to say yes. I’m sitting there and they are indeed in immediate need. And, if I reject them and instead try to explain to them that these demands are not immediately possible to fulfill,  then they are often noisy and sometimes very aggressive. An Afghan has only recently threatened that he would kill himself. And a few Syrians and a group of Afghans have declared that they will go on hunger strike until I help them to move to another place.To an originally Arab colleague of mine they have at times yelled “We will behead you!”.

Because of these and other things the police have to come out several times a week to us.

Second, they often give very unreliable information. They come to me with their papers and then tell a story that may not entirely agree. But they continue to believe and I can then be only sure when I’ve  talked with my colleagues about it. Often my colleagues say that the person had already been with them the day before and everything they were told was a little bit different.

There was, for example, a resident who came with his deportation notice and wanted to know what would happen now. I explained it to him and he then went. Soon after he came to my colleague and suddenly showed completely new identity documents with a different name and said he was the man with the different name. He was then no longer recognized, but only moved to another camp.

Third, they rarely stick to agreements. Part of what I am doing also includes setting the doctor’s appointments for the refugees. All of them must have a basic examination, that is an X-ray, a vaccine and a general check-up. But many of them still want to go to other doctors, especially to a dentist or orthopedic surgeon. Then I make appointments for them, but often they just do not show up. This happens so often that doctors now have already asked us not to set as many appointments – but what am I supposed to do? I can not simply reject the request for an appointment, just because I suspect that the petitioner might not appear.

And fourth, and that’s for me the worst: Some of the refugees behave belligerently us towards women. It is well known that it is primarily single men who come to us, about 65 percent or even 70 percent, I would personally vouch that. They are all still young, only around 20, not more than 25 years old.

And part of them do not respect us women. They do not take us seriously at all. If I tell them something or want to give them a statement, then they hardly listen to me. They immediately dismiss us as unimportant and then call for a male colleague. For us women, they often only give us contemptuous or even intrusive glances. Often they whistle aloud afterward, then call out something in a foreign language laughing, which I and most of my colleagues do not understand. This is really very unpleasant. It’s even happened once that they have photographed me with a smartphone. Just like that, without asking, even if one has protested. And finally, As I was going up a steep staircase, the men behind went up the steps behind me and they laughed all the time and – I suspect – talking about me and then shouted at me.

Colleagues have told me that they have similar experiences. But there is nothing that one can do…its part of the job. This happens so often, if you would make a formal complaint the center would be much emptier. So they ignore it and try not to let it get to them- and so I did the same. I proceeded with my view directed forward when those behind followed me or called after me. Did not say anything and did not distort my face, so as not to encourage them or to give them the feeling that they can hurt or affect me.
But that did not help; it has even become worse – frankly, especially in recent weeks, as more and more men from North Africa, from Morocco, Tunisia or Libya have come to the establishment. They were even more aggressive. Since then I can no longer ignore – and have responded in order not to expose myself.

Specifically, this means: I have started to change my appearance. I’m actually someone who likes to sometimes wear form-fitting things – but not anymore. I put on loose-fitting pants and exclusively high-necked tops. Makeup I use very little anyway, most times only a concealer. And not only have I outwardly changed. To protect myself from this harassment, I behave differently. So I avoid, for example, going to those places on our premises where the single men often stay. And if I do need to pass through, then I try to go quickly and smile at no one now, so no one can misunderstand. But usually I stay in my little office, if possible, all during the day. And I no longer take the train to work and back – because recently a colleague was followed by some of the young men to the metro station and even molested in the train. I would like to spare myself and therefore I only drive my car.

I know this all sounds vehemently extreme, to avoid certain spaces and only take the car. And I find it terrible myself that I’m doing all this, and that I should even consider it necessary. But what should I do, what would be the alternative then? Just to endure the staters and come-ons, it can not be. Of the officials I expect no great help. Neither in this case nor in the other problems that exist with us, neither from the Interior Ministry nor the local Federal Office for Migration and Refugees. If you call these offices they often no longer answer the phone.

So I will only have the possibility of quitting. But I have always ruled this out for me; I like my colleagues very much, the refugee children also. And I was previously so convinced of the job and of the whole thing in itself – because it is very difficult to admit that this is all just a little different from what you have imagined. And quitting would of course be an admission of this. Meanwhile, I still think concretely about it. Many colleagues also want to give their notice, because they can’t take it anymore, because they cannot bear to see how wrong it is all going here and that they cannot help it. And if I’m honest: I really do not think I can take it anymore”.